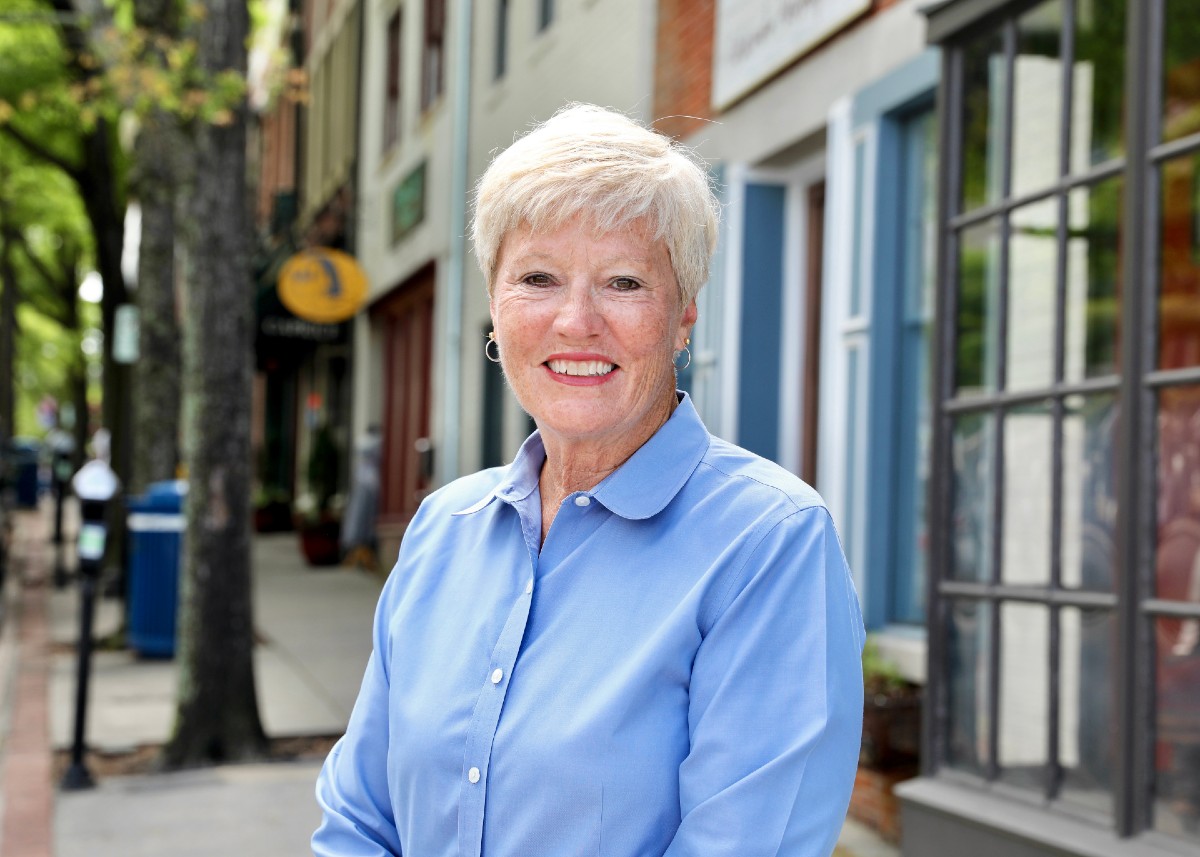 CINDEE WOLF is a woman with a plan – for her clients. For the past thirty years or so, the owner of Design Solutions has worked with countless commercial clients on site design and land planning. She recently received the Impact Award from Cape Fear Commercial Real Estate Women (CREW).

The award was bestowed in recognition of Wolf’s years of service helping developers and landowners negotiate the steps to obtain local government permits for their projects.

“Cindee has applied her skills to multiple sectors, including multifamily, commercial, and mixed-use projects,” CREW officials stated in the awards announcement.  “She typically handles more than a dozen projects at any given time, often with more than 50 projects per year that she ‘touches.’ Cindee has volunteered on steering committees involved in the vision for Wilmington’s future and has served on the CFPUA Board.

“Over several decades, Cindee Wolf has, through her work, dedication to the built environment, and fearless approach to finding solutions, made a huge impact on Wilmington and our industry,” the statement concludes.

Wolf admits to being very organized and methodical, traits that allow her to handle as many as a dozen projects at a time, although Design Solutions is a one-person shop.

“I do it all myself because I have the process down pat,” she says, explaining that guiding a client along the approvals path is almost an assembly line process for her.

Her services often include making a case for conditional zoning when a client’s proposed use isn’t permitted on the desired site. So she builds a case for a conditional rezoning – what is termed entitlement.

“It’s almost impossible to get conventional rezoning these days,” she says. “The remedy in both the county and city is conditional district rezoning. If you are going in for rezoning, you are asking for entitlement for your development. You show the plan and how you are going to solve potential problems, such as parking and stormwater drainage. You can’t bait and switch. If (the plan) is approved, that is what is approved. If you change your mind, you have to go through a formal modification and re-approval process.”

These days, many Design Solutions clients are business owners who have prospered for a decade or more but who do not own their facility.

“Now they are buying property and building their own establishments, but don’t have enough money to hire an engineer and an attorney,” Wold says. “I take them from A to Z in the entitlement process, trying to solve the problems before we put (the proposal) in front of the politicians.”

Wolf, originally from Pennsylvania, first came to Wilmington as a land records supervisor for New Hanover County in 1980. After a couple of years, she moved to the Raleigh area but returned in 1990 to help with Landfall development. Her career path was influenced more than a bit by her unwillingness to wait for slots to open up in two colleges at Pennsylvania State University.

Wolf says that even as a child, she loved drawing and would trace real estate floor plans her father brought home. She dreamed of becoming an architect, but there was a waiting list for aspiring architecture majors at Penn State. Having already studied architectural and mechanical drafting in high school, she instead opted to enter the College of Engineering with the idea of going into civil engineering. She ran into another enrollment roadblock her freshman year, so she switched gears as a sophomore and won a place in the College of Arts and Architecture to study landscape architecture.

The school’s multifaceted curriculum ultimately benefited Wolf as she pursued a degree in landscape architecture. She was exposed to soils engineering, stormwater management, water- and sewer-system layouts, and horticulture. The required speech course prepared her for stating her case before many a planning board, city council, and county commission.

“During the ‘90s, when (real estate development) started picking up, I became known for doing that sort of stuff,” she recalls. “I would go to hearings with the surveyor, the engineer, and the lawyer; they would introduce me and I would make the proposal.”

Ultimately, armed with her communications skills as well as her understanding of survey data and land development, she mastered the maze of zoning codes and, as she says, “cut out the middle man,” offering a portfolio of those services to her clients.

Inevitably, some of her clients’ proposed plans stir up some controversy, she notes.

“Most of the time the neighbors think I am the grim reaper of devastation,” Wolf says with a laugh. “But a lot of the people who are now complaining, I probably got where they live or where they shop approved. When we were working on plans for the development of Mayfaire, there was a lot of opposition, but because of Mayfaire, adjacent property values have skyrocketed.”