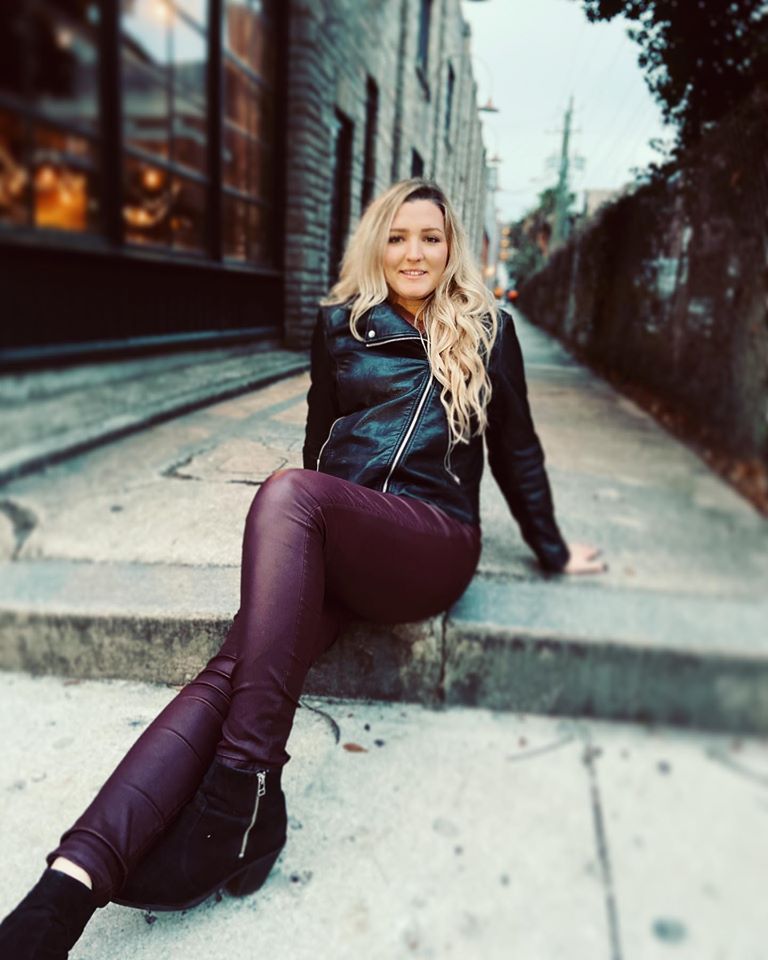 EMILY ROTH’s music seeks to tell stories of a moment, a feeling, or any other experience that listeners can identify with.

Roth is a Wilmington singer and songwriter, born in Knoxville, Tennessee, whose dedication to music started at a young age.

“I grew up taking chorus classes, singing for my family, and constantly trying to convince my sister and my friends to write songs with me,” Roth says. “I picked up an old guitar, and I taught myself about four or five chords. I practiced for hours. I played until my fingers began to bleed, and then I’d bandage them so I could keep playing.”

The first song she taught herself was “Fearless” by Taylor Swift, who became a musical inspiration for Roth.

“My mom showed me her Myspace page, and I fell in love with her songs. I became so inspired by her ability to write even the simplest of songs and make them so great at such a young age,” she says. “Shortly after my parents began to notice how much I had dedicated myself to learning guitar, my dad bought me a Washburn and they set me up with lessons.”

After lessons, Roth came across a hurdle: performing on-stage.

Thankfully, she had the support from the Wilmington community, and especially her mom to motivate her.

“She’d tell me to grab my guitar, and we would ride to an open mic night or she’d take me downtown to see our favorite local musicians, and we’d ask them if I could play one or two songs while they were on break,” Roth says.

“I wasn’t always so confident. I used to be very afraid of being in front of people. It took a lot of convincing, most days, to get me to do that,” she adds. “I truly believe that if she didn’t encourage me so much and hadn’t exposed me to those things I was scared to do (like she continues to do), I wouldn’t be anywhere near where I am today.”

Listen to Roth’s distinct and yet diverse musical style at Bill’s Front Porch on February 21, starting at 7 p.m.

WILMA: How would you describe your music style?

Roth: “This is the hardest question for me to answer. I feel like my music is so spread across the board, and I’m honestly okay with it being that way. I don’t want to brand myself as one genre or another. As a songwriter, I am trying to tell the listeners a story; whether it comes from my personal experiences, a certain feeling, or inspiration from someone else’s experiences. I believe that is what makes our world go around. We continue to tell stories and pass them down from generation to generation. It’s what humans have done since the very beginning of time. So that is what I do … I tell my stories through songs, music, and art. I just don’t believe that they all must fit into one category.”

WILMA: Who are your musical inspirations?

Roth: “Growing up, as I previously mentioned, I was very inspired by Taylor Swift. I was also inspired by Grace Potter. I remember watching her on MTV while getting ready for school and thinking that I was going to come home and practice so I could be like her when I grew up.

I grew up listening to a lot of Bruce Springsteen, Tom Petty, Stevie Nicks, and Dolly Parton, so I’ve always felt that they have played a huge part in who I am as an artist. It has been a lifelong dream to sing with Bruce. My dad took me to one of his concerts in Nashville for my twelfth birthday, and I can remember hoping the whole time that I would find a way to meet him afterward.

WILMA: Do you have any favorite performances that you have had in the past?

Roth: “My favorite performance so far was in February of last year. I performed for the Tennessee Songwriters’ Open Mic Night Competition at the WDVX Blue Plate Special Stage. I have wanted to play on that stage since I was a kid! I played in front of a live audience, radio audience, and a panel of judges made up of producers, publicists, songwriters, and an agent for The Bluebird Cafe. I didn’t win the competition, but I received an overwhelming amount of support from the audience and other songwriters after my performance. The whole night was a dream for me. My family was there to support me, and it all felt like this surreal moment, where I realized that I was really going for my dreams and goals.”

WILMA: What has it been like to be a musician in Wilmington?

Roth: “Being a musician in Wilmington is awesome! There are so many artists in this area that are talented, and I’m glad that I have been able to share the stage with many of them. It can be difficult to play for long hours, especially playing late nights, but that’s anywhere you go in the music industry. I’m also a senior at UNCW, so I am thankful that performing music is how I make a living. It’s so fun!”

WILMA: What are some goals that you have for this year or even the next five to ten years?

Roth: “Some of my goals for 2020 are to collaborate with other artists, to write more, and to record. It’s always easier said than done. Life, school, and things can get in the way, but I am really trying to push myself to collaborate this year. I want to move to Nashville, Tennessee, after I graduate, and collaboration is key there. It’s all about gaining more experience and to keep doing what you love while trying to get better every day.”