Music to the Soul 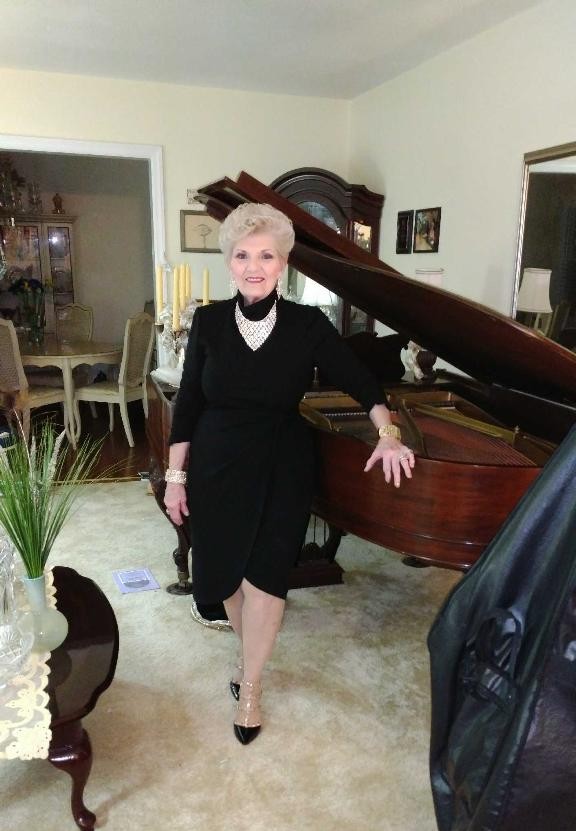 DONNA MERRITT cannot remember a time when music has not played an instrumental part of her life. It can clearly be said that the Wilmington native’s musical career has touched others.

Of becoming a professional musician, “Ms. Donna” – as she is called by almost everyone- can make playing a piano look easy but more importantly, brings joy to the countless many who get to hear her play a song or two.

“I was around 2 and a half years old and I would have to drag a chair to a piano in an old Sunday School Room and I would start ‘picking’ the keys,” she says.

By the time she was 4, she would hear a song at church and could play it by ear.

Her parents Alvin and Daisy Jones knew their child had a gift. Music ran in her mother’s side of the family and Merritt mesmerized people at church by being able to hear a song and then go and play it. Her gift is from heaven, she says.

“Mama said God gave me the talent but she was going to help me polish it and make it shine,” she explains.

At 8 years old, she came home from school one afternoon to find a Baldwin piano waiting for her. She says she cried happy tears thanking God for the piano. With that, her mother set about helping her daughter to develop the talent that came so easy to her.

“By the time I started lessons, I had already been playing the piano for 5 years,” she says with laughter.

What Merritt didn’t have was the actual “theory behind the music.” Her mother Daisy insisted she wanted Merritt to learn the background of music, not just to be able to play.

A defining day came when Merritt was in the 4th grade at Tileston School (today St. Mary Catholic School).  The play was Hansel and Gretel. Being cast as Gretel, Merritt kept a secret in her heart: She didn’t want to play Gretel at all. She wanted to be the pianist for the play.

Rehearsals for the play began and Merritt would take on Gretel reluctantly. The week before the performance, Ms. Kelly, the teacher playing the piano for that performance came down with the flu and was out indefinitely.

Needing a pianist, Merritt jumped at the opportunity and volunteered to play. Ms. Jones, her teacher was amazed when Merritt sat down at the piano and played the music just as well as Ms. Kelly.

“I had heard the music all week during rehearsal, so I knew it,” Merritt says. “I sat down and played it and Ms. Jones was happy I could play it.”

Merritt’s heart nearly sank on the day of the performance when Ms. Kelly had recovered and was back for the show.

“I think they saw the look of heartbreak on my face because I so desired to play.”

Ms. Kelly, not having heard Merritt play before asked her to play and once she did, she looked to Ms. Jones and said, ‘let Donna play for this’.

“Ms. Jones and Ms. Kelly made a decision that day and they affected my life,” says Merritt, with tears coming to her eyes.

“By them allowing me to play for that show, allowed me to know I wanted to be a career musician.

From then on, she played for weddings, funerals, and church events as well as parties. At 16, she was teaching music and appearing on WECT’s then children’s show with local host CATHERINE GODWIN.

Over the years, she has continued to play in churches and can still be found often at CIRCA 1922 downtown as well as other establishments. She continues to teach children piano and tells each student they must learn every note and like her mother insisted ‘learn the theory behind the music.’

“I’m certainly a working girl,” she says declaring that she even has had to have surgery on her fingers and one doctor told her she may need to stop playing the piano.

“I told him I couldn’t not play,” she says excitedly adding that, “Music is connected to my soul. It’s a gift from God. I recognize it every day of my life and I won’t stop until He calls me home.”