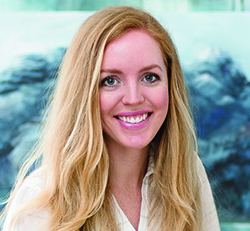 Local painter BERGEN DELEEUW is behind the official artwork for this year’s North Carolina Azalea Festival. Her piece entitled “Wrapped in Blooms” was unveiled January 19, and will be used to promote the upcoming festival in April.

DeLeeuw, who paints in a studio at her home in Hampstead and is part of The Milspo Project group that supports military spouse entrepreneurs, says she found inspiration for “Wrapped in Blooms” while running one morning after Hurricane Florence. A tree that was stripped of its leaves had burst into full bloom despite weathering the storm. DeLeeuw was moved by this image of beauty after trauma.

“I wanted to capture the joy, rebirth, and wrapping of love I feel here while celebrating how the Azalea Festival brings the community together in such a beautiful way,” she says.

View more of Deleeuw’s work at bergenlauren.com. Prints of the painting are available for $50 from the Azalea Festival ticket office, which also is carrying tote bags featuring the image for $15, with a portion of the proceeds going to The Milspo Project. 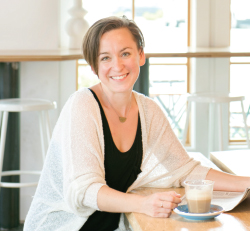 “The board of AFP Cape Fear Region is delighted to support another professional committed to our field who brings value and a code of ethics to raising funds,” says BETHANY LEIGHTON, president of the AFP chapter.

Welcome Home Angel is a local charity that provides structural and aesthetic renovations in the homes of children with illnesses, disabilities, or injuries that severely impact their lives.

“I am thrilled to receive this scholarship and look forward to networking and learning from other fundraising professionals at AFP ICON 2019 in San Antonio,” Thompson says. “I appreciate the opportunity to deepen my knowledge and share what I learn with fellow AFP Cape Fear Region members.” 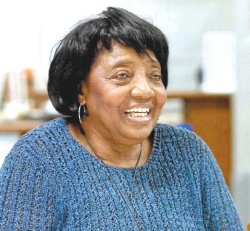 RUBY ZELL SUTTON, a teacher and sports coach whose career in New Hanover County schools spanned fifty-two years, is one of four who will be inducted this year to the GREATER WILMINGTON SPORTS HALL OF FAME.

During her forty-one years at Laney, Sutton coached softball, basketball, cheerleading, and boys and girls tennis and volleyball. 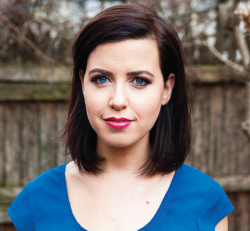 The dinner, 7-9 p.m. March 20, is at the Wilmington Convention Center.

Carmon wrote the biography about the Supreme Court justice with Shana Knizhnik, and it spent three months on The New York Times’ best-seller list.

In 2017, she worked with reporter Amy Brittain to break the news in The Washington Post of sexual harassment and assault allegations against Charlie Rose.

She has previously worked as a national reporter at MSNBC and NBC News and as a staff writer at Salon and Jezebel.

The upcoming Wilmington event, dubbed Hibiscus 2019: This is Health, is a fundraiser for Planned Parenthood.

There is not a ticket cost, but organizers ask attendees to consider a donation of $100 or more at the event. Info: hibiscus.ppsat.org