Here are the women running businesses who were named as winners of the 2018 MADE competition.

Judges weigh nominations from the public and awarded three winners in the categories of Arts, Functional Products, Food & Beverage, and Manufacturing. A Supporter Category winner also recognizes an organization helping companies make more goods in the area. The winners’ products will be on display at the WilmingtonBiz Conference and Expo on April 5 at the Wilmington Convention Center (WilmingtonBizExpo.com for more info). 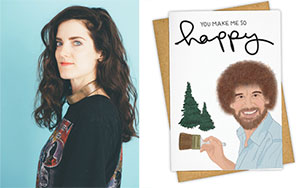 It all started in the living room of founder Taylor Hamilton, who still hand draws all of the illustrations and phrases, as she made cards for friends and family members.

“By year’s end we graduated to renting a small 10×10 studio downtown on Market and Front Street, and now five years later have an HQ in the Brooklyn Arts District with three staff members.”

The cards are sold internationally to over 500 independent stores.

The Tachits clip is used to secure cards to gifts to keep them from getting lost in the present pile.

An alternative to taping cards or tucking them underneath gift bows or in bags, the product comes in a variety of designs.

“Years ago when I came up with the idea for Tachits I knew it could be something big,” says Burton, who moved to Wilmington from Atlanta. “I compiled ideas for the product and introduced it at the National Stationery Show in New York City.”

At the trade show, Tachits was chosen as a Best New Products. 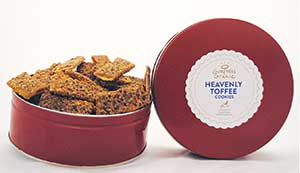 The business started in 1995 when founder Sallie Price, who at the time was working in catering, needed to whip up a dessert for an event. She found inspiration in one of her mother’s recipes, and Goodness Gracie’s Heavenly Toffee Cookie was born, and requests for more started.

It now has in its lineup of several other flavors of toffee cookies and four savory treats, such as Sinful Salted Pecans. The company’s products are handmade in small batches.

Wrightsville Beach Brewery opened its doors in early 2017. The husband-and- wife team runs the nearly 10,000-square-foot brewery and restaurant at the corner of Greenville Avenue and Oleander Drive, with a menu that highlights local seafood.

Many of the beers brewed there also support local ingredients and organizations.

“We even made a Carolina Harvest Ale that is all North Carolina hops and grains.”

Each month, the brewery donates 11 percent of proceeds from a revolving lineup of “give-back beers” to a different nonprofit partner from the area.

A medical device (ophthalmic) design and manufacturing company, Surgilūm's target market are cataract, refractive, and corneal surgeons for now, but the company intends also to focus on retina and glaucoma specialists in the near future.

"Our i Light Speculum launches this year to broaden our product offering," company officials say. “The Photon Speculum (i Light) goals are to redefine eye illumination allowing previously unseen eye anatomy to become visible while eliminating retinal phototoxicity. After 60 years of standard glare illumination, we plan to make this new method of eye illumination the standard of care for all forms of eye surgery.” 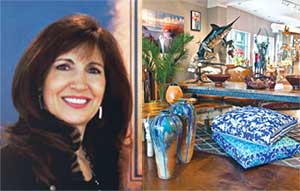 Eclipse, at 203 Racine Drive, is “an artisan boutique selling an eclectic mix of handmade, one-of-a kind

art, furniture, and home décor.” Since 2013, it has grown from featuring about sixty local and regional artists to over 200 local, regional, and national artists.

“When the space became available, the owners of (adjacent) Blue Moon decided to transform the traditional gallery space into an eclectic and dynamic artisan boutique complementing and enhancing the success of the Blue Moon customer base with a unique sister business.”