COVID-19 has moms reaching for strategies and solutions 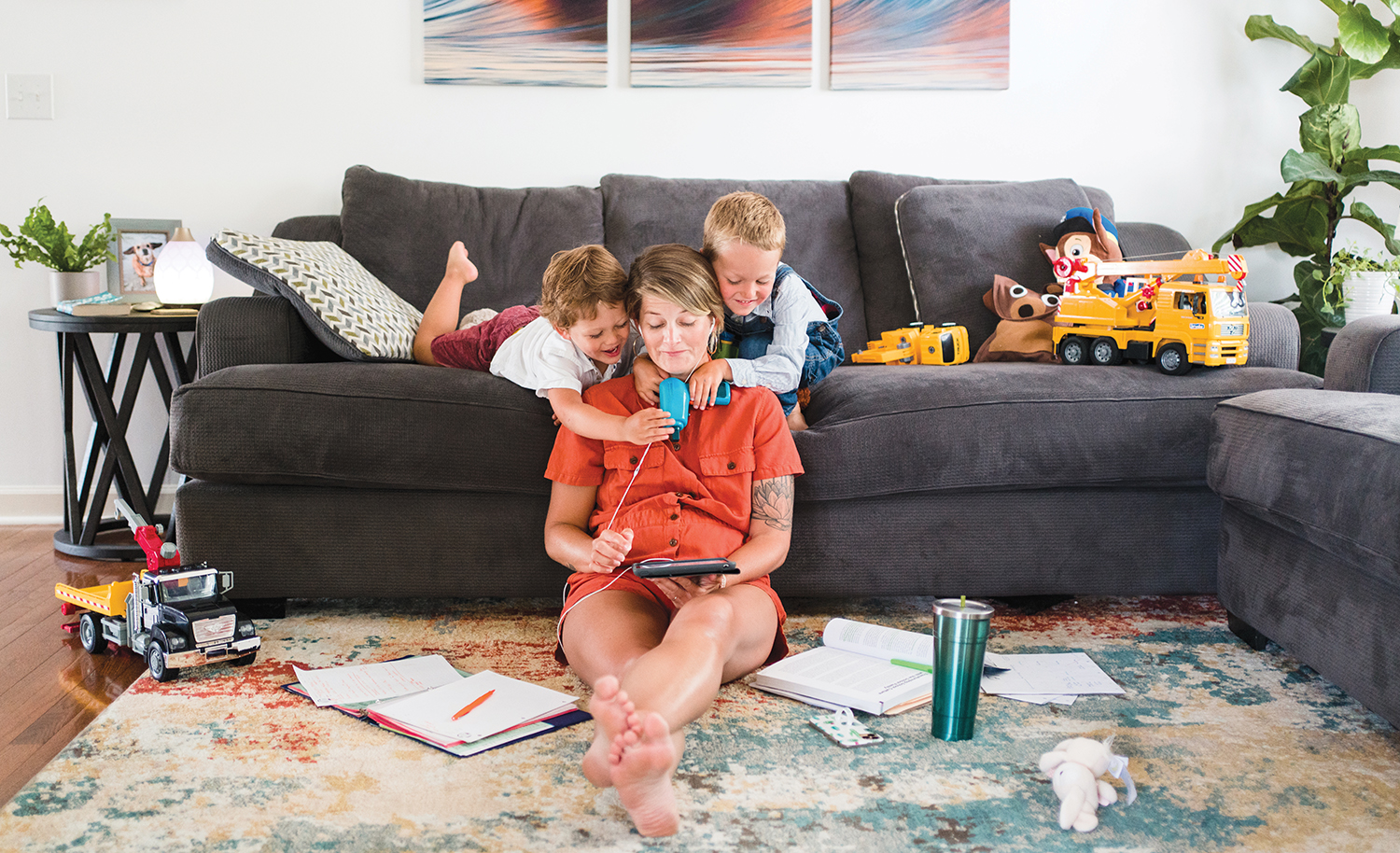 Parenting is tough even in the best of times. But, how about in the midst of a global pandemic? The answer, quite possibly, is downright daunting.

The last day of in-person school instruction was March 13. There was not a lot of warning to prepare for remote learning and having kids home suddenly 24/7. Gone were the cherished three hours of preschool time, eight hours of school, and even additional hours of extracurricular activities. Life as many parents knew it came to a standstill.

It was enough for even the best parents to throw up the white flag and surrender. But, as any parent knows, parenting is about adapting and getting through each phase – just like those days of sleepless nights and potty training. Each parent had their own unique way of dealing with the challenges COVID-19 presented, and a new normal was embraced.

Enter interrupted Zoom meetings, remote learning, and newly structured days. Whether parents were at home or working full time, adjustments were made. 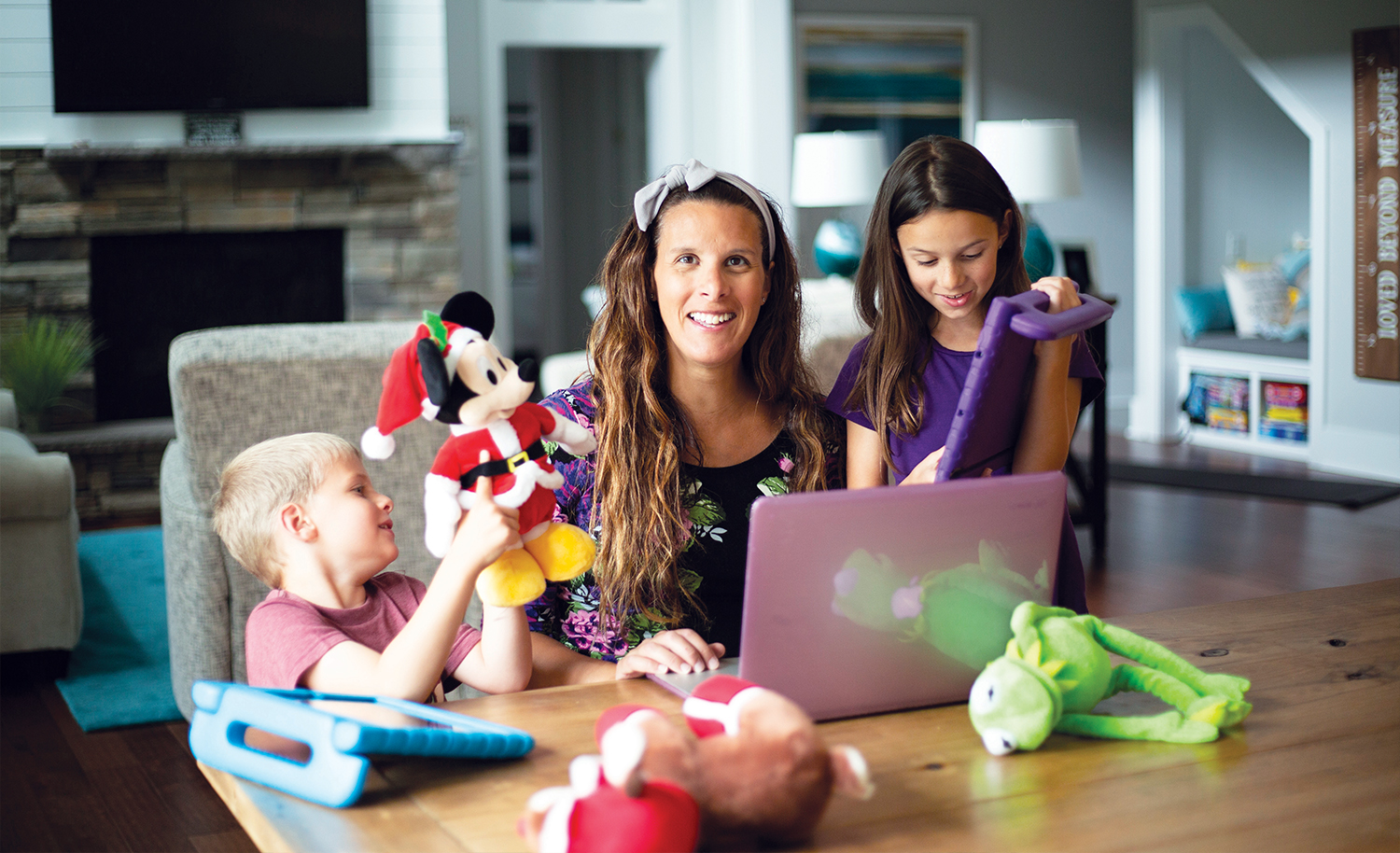 STEPHANIE SHEEHAN, a photographer and mom of two and with one on the way (due in July), says the changes had a huge effect on her normal schedule.

“My mornings, which I used to have free for photo sessions, meetings, errands, and doctor appointments, were spent homeschooling pre-K and first grade,” she says.

Sheehan tried to cherish this new quality time but the duration sometimes took its toll. “After all, it was over two months.”

She not only had to deal with a whole new routine but also with being pregnant during the pandemic. That presented a new worry.

“It has been a scary time to be a mom,” she says. “The thought of someone getting sick or hurting themselves created a constant fear of going to the pediatrician or ER.”

Her juggling act of teaching kids and entertaining them, all while preparing for a new baby, was admittedly overwhelming.

“Trying to balance positive and creative experiences with my kids while keeping up with my work and finding my own inner peace was challenging, to say the least,” Sheehan says. 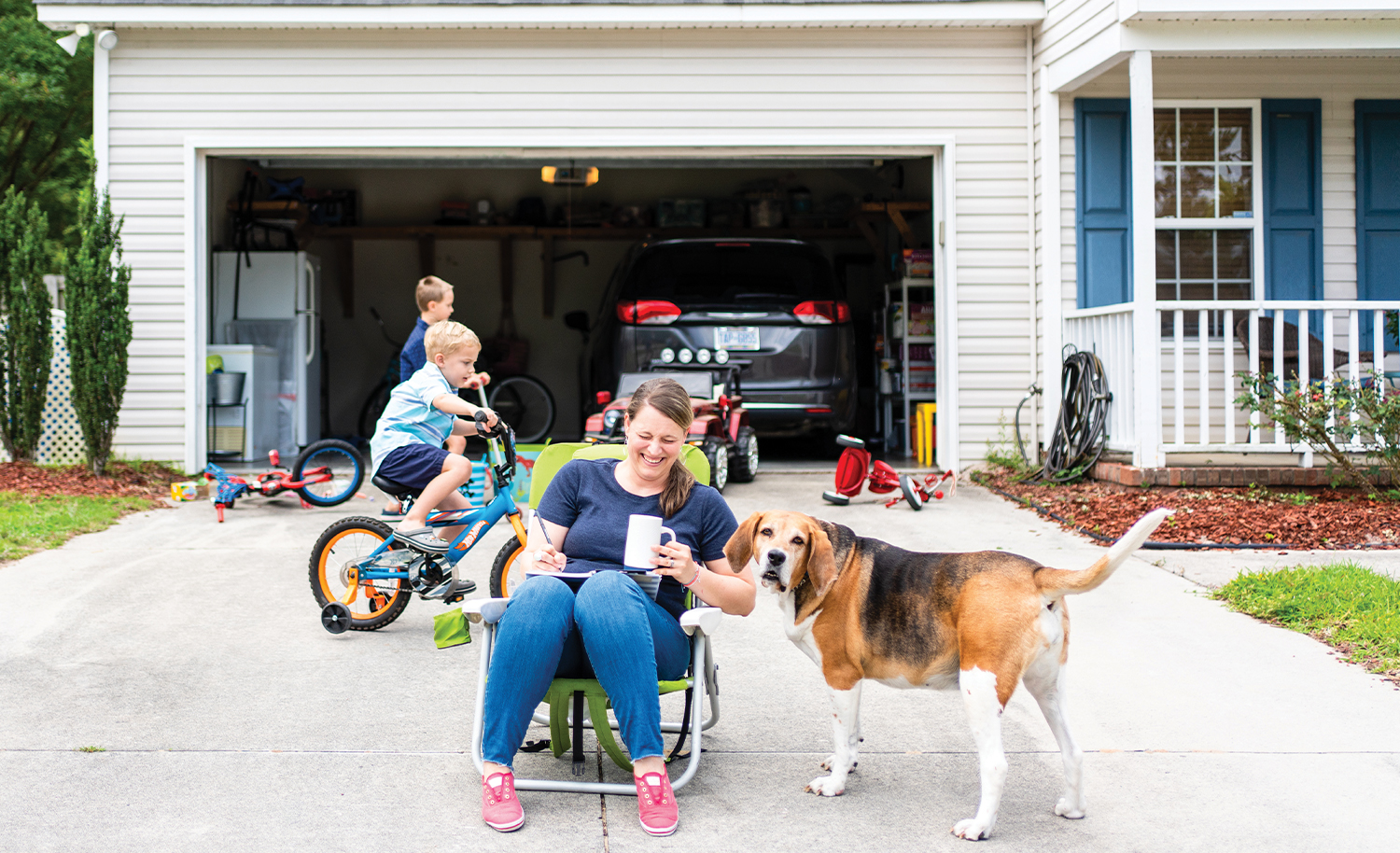 ALISSA OVERHOLT, mother of two boys ages seven and four, suddenly had to adjust to a new role as working mom plus teacher.

“I had to step in with distance learning,” she says.

Working at Trader Joe’s, she had to jump in and out of two distinct worlds. Overholt recalls it was tough at first.

“I went straight from a 5 a.m. start, six-, seven-, or eight-hour shift into teacher mode for two kiddos and then into just-mom mode after that,” she says.

Overholt credits her work as being a blessing. “My job was awesome, and I was able to modify my schedule,” she says.

While Overholt found the new reality to be ex­hausting at first, once her “family found its groove,” she actually enjoyed it. “We made it fun as well as educational,” she says.

But, make no mistake: She is hopeful her kids will be back in the classroom in the fall.

For those moms who are also teachers, did they have it any easier? 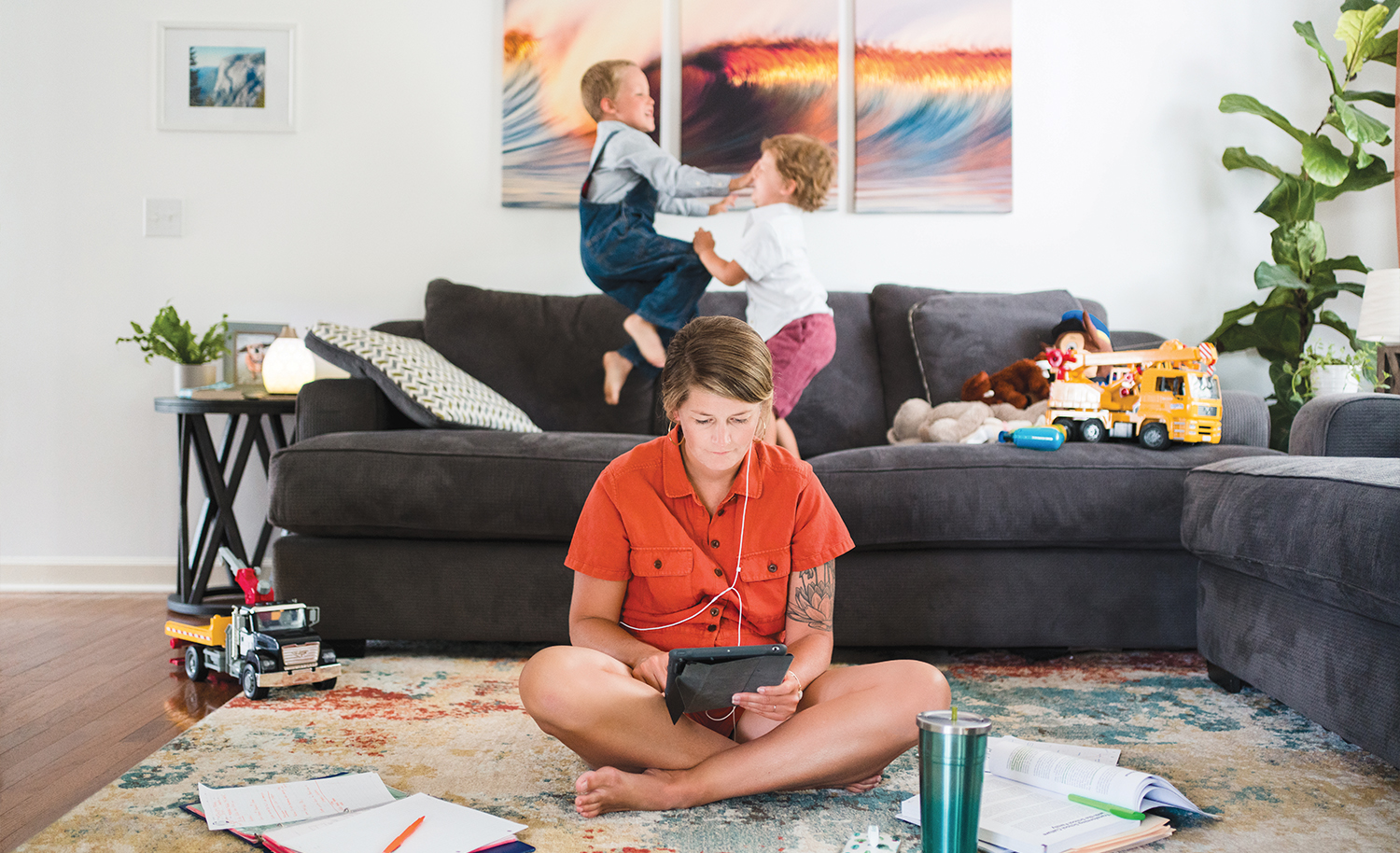 STEPHANIE BYRD would reply that it was just as crazy. As a public school pre-K teacher at Rachel Freeman School of Engineering, Byrd says the transition meant moving into high gear. “My profession demanded me to utilize remote learning even for pre-K,” she says. “We got word that we were not returning to school in mid-March, and I immedi­ately tried to figure out the best way to get some sort of quality content to my students and families.”

Byrd missed being in the classroom.

“It was hard as an educator,” she says. “I knew I wasn’t reaching every child with remote learning, and that’s different than when you are in the classroom and interacting daily with them.”

Byrd had the added stress of helping her students and their families, plus her own. For her two sons, ages five and three, she chose a different route than online education.

“I didn’t utilize remote learning for our sons,” she says. “We did hands-on learning activities at home and did lots of outside adventure time with them.”

Now that this unusual school year is over, what about summer and COVID? With places gradually reopening and restrictions loosening, does it offer any relief that families could go back to a “normal” sum­mer – camps, swim team, day care?

“We would have done UNCW swim camp and then swim team, plus a bunch of camps,” she said at the time. “I do not plan to send them to any.”

She wondered if she might regret that decision after a month of having her children home all the time but decided she couldn’t risk their exposure with a baby on the way.

Overholt’s plans for the summer include The Little Gym and YMCA camps.

“Most are morning-only camps, and I’ll be home to pick (the kids) up in the afternoon in an effort to limit exposure,” she says.

For the rest of the day, she is continuing a bit of the routine from distance learning with activities.

Like many parents, Byrd is sorry to miss out on some major family events this summer, such as a wed­ding and visiting older relatives. But, she plans to break up the summer for her kids with a trip to the Outer Banks.