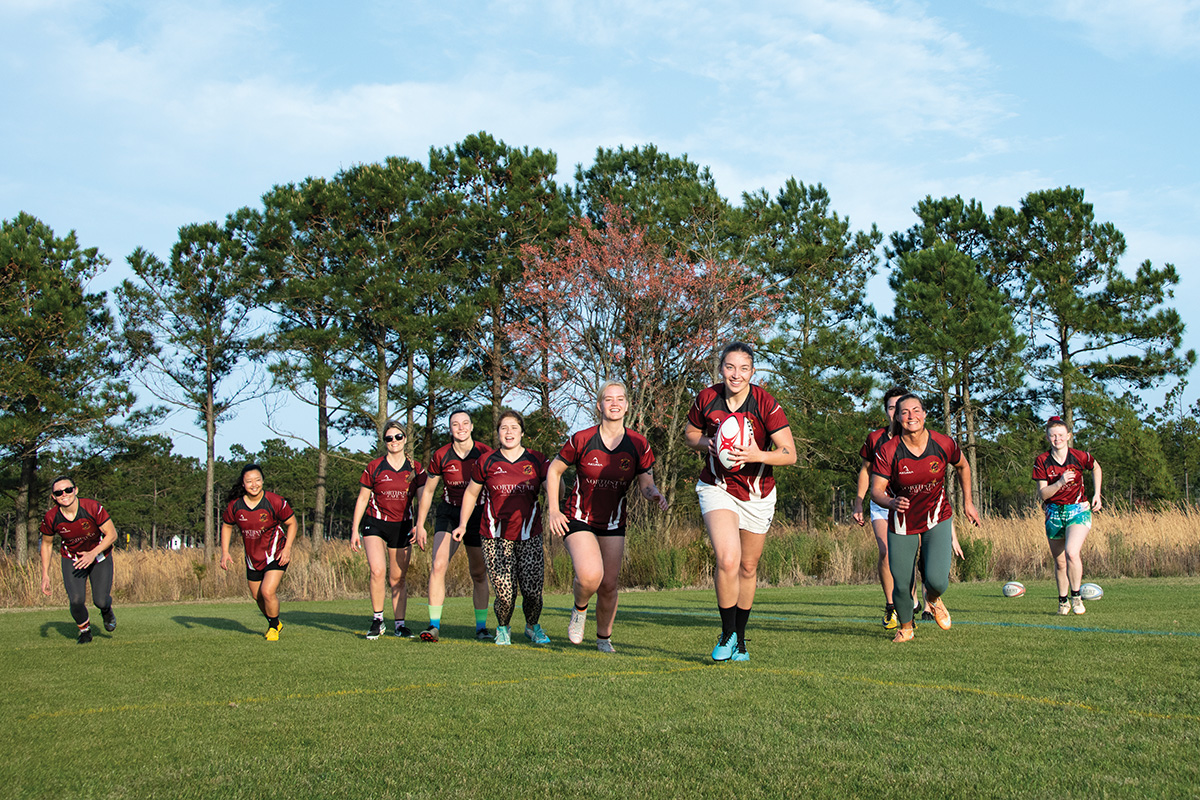 Everyone knows that exercise is good for you. It helps control weight, improves mood, boosts energy, and promotes better sleep. It increases cardiovascular fitness, builds stronger bones, and promotes better coordination and balance. There’s more. Research shows that girls and women who play sports have higher levels of confidence and self-esteem.

The opportunities for women to participate in team sports in the Wilmington area are limitless. From rugby to soccer to volleyball, there is a game with a level of competition and experience to suit everyone.

Many of the other thirty-two women on the team had the same experience. “People who try rugby love it. They don’t leave,” Welch says. “They are hooked after their first game. Even teammates who can’t play anymore come out to support us. And we consider them equal teammates.”

Wearing jersey number ten, Welch has been playing for five years as the fly-half, the team’s orchestrator after receiving the ball.

Fear the Maniacs (fearthemaniacs.com), whose members range in age from nineteen to mid-thirties, has attracted players from across North Carolina. The makeup today is mostly Wilmington- and Jacksonville-area women. While most of the players have prior experience, the team has drawn many new players this year. 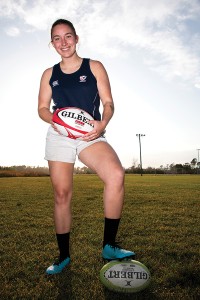 “It’s definitely strenuous,” Welch says about the sport. “The game requires lots of hitting, running, and sprinting. It’s a high-intensity interval workout. Eventually, you are gonna take a hard hit, but you are constantly surrounded by teammates and fans cheering you on to get up and keep going.”

Both tackling and rucking, fighting against each other to maintain possession of the ball after it’s gone down, puts the safety of players top of mind.

The team, under head coach JEREMY LEARY, enforces safe tackling, self-control of the body, and understanding one’s physical limits. Many of the players lift weights two to four times a week in addition to team practices on Mondays and Wednesdays at Flytrap Downs.

“Playing rugby provides a sense of community and belonging. I have never felt the level of camaraderie and respect as I have in rugby,” Welch says. “We face off against an opponent, go competitively hard the entire game, and as soon as we step off the field, we are friends. Win or lose, we had the chance to play rugby.”

Fear the Maniacs plays ten games per season on Saturdays against five other travel teams, some from as far away as Savannah, Georgia. Their hard work has paid off. For the first time since the team organized in 2018, Fear the Maniacs attended state championships in Columbia, South Carolina, in late April.