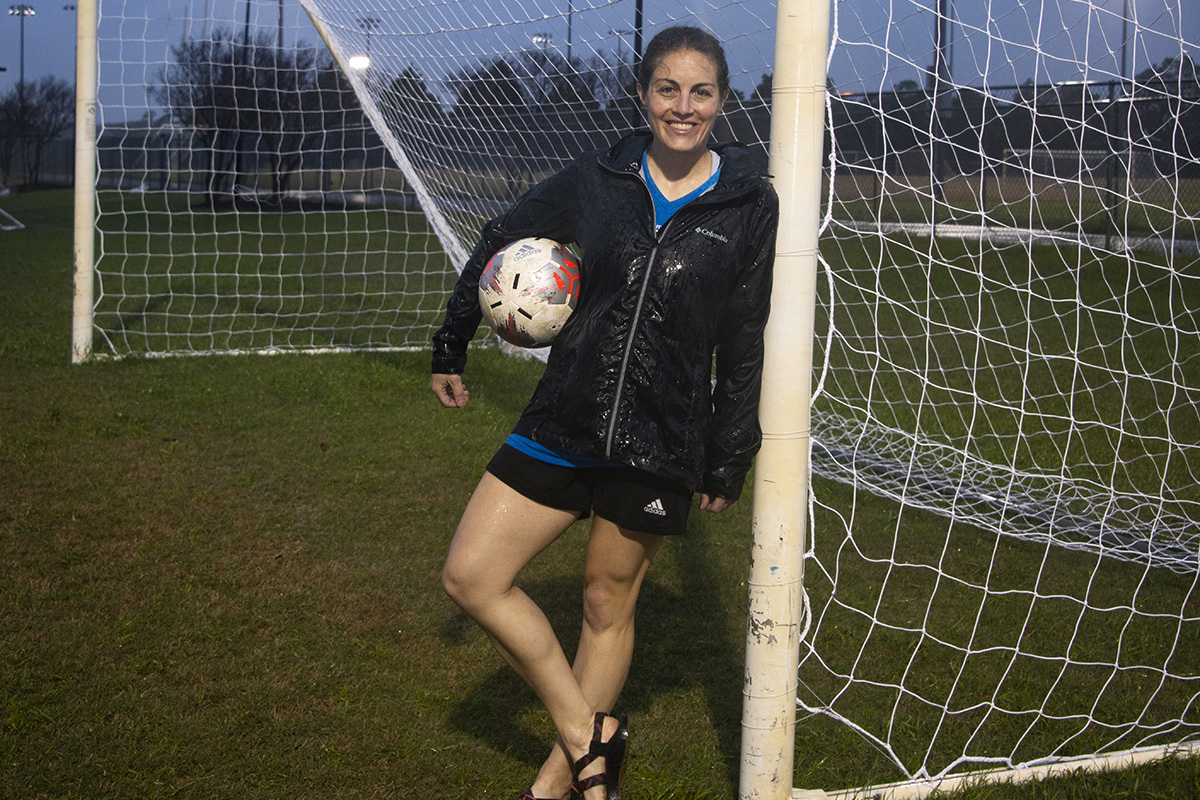 Everyone knows that exercise is good for you. It helps control weight, improves mood, boosts energy, and promotes better sleep. It increases cardiovascular fitness, builds stronger bones, and promotes better coordination and balance. There’s more. Research shows that girls and women who play sports have higher levels of confidence and self-esteem.

The opportunities for women to participate in team sports in the Wilmington area are limitless. From rugby to soccer to volleyball, there is a game with a level of competition and experience to suit everyone.

JAYNE HERMAN has played soccer almost her entire life. “My parents put me in a rec league when I was in third grade. I played in high school and on my college club team at the University of Delaware,” she recalls. 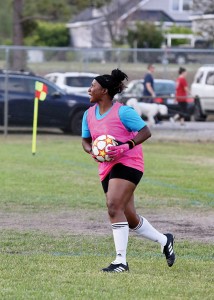 After graduation, Herman sought out rec leagues in her hometown in New Jersey. “When I relocated to Wilmington for a career change, naturally I needed to find a league,” she says.

Not only did Herman find the Wilmington Women’s Soccer Association (wilmingtonwomenssoccer.com), she has been the president for the past three years.

The association has nearly one hundred members ranging in age from eighteen to fifties from Leland, Ogden, Castle Hayne, Sneads Ferry, Hampstead, and Wilmington.

“We are all playing soccer for exercise. Most of us go to work the next day, so we are not super aggressive, but we are competitive,” Herman says. “We are at different fitness, skill, and experience levels. The game is physical, requiring lots of running, so players do what they can. Some stay in longer while others get a few touches on the ball and call themselves off the field to rest.”

To stay in shape, many players also go to the gym or play in additional soccer leagues.

The six teams play ten games against each other over ten weeks in fall and spring seasons at Veterans Park. There are no try-outs or practices, similar to college intramural sports.

“The league is a supportive league. It’s fun to be out there on the field, and it’s fun to be on the sidelines,” Herman says. “We forget how much fun it is to play with women and still be competitive.”

This year, the formation of the teams took a new twist. Instead of signing up as a team playing with the same women as prior seasons, players have been mingled.

“We are trying to make it more social, a community instead of team against team. Now we are playing against friends,” Herman says.

Friendships have become one of the biggest benefits of the league.

“I’ve always found soccer fun and great exercise. But I’ve also met so many nice people, and I’ve made many friends through soccer,” Herman says. “I love having one night of the week to play against like-minded women. We are a nice community. and that’s really cool, especially this season.”