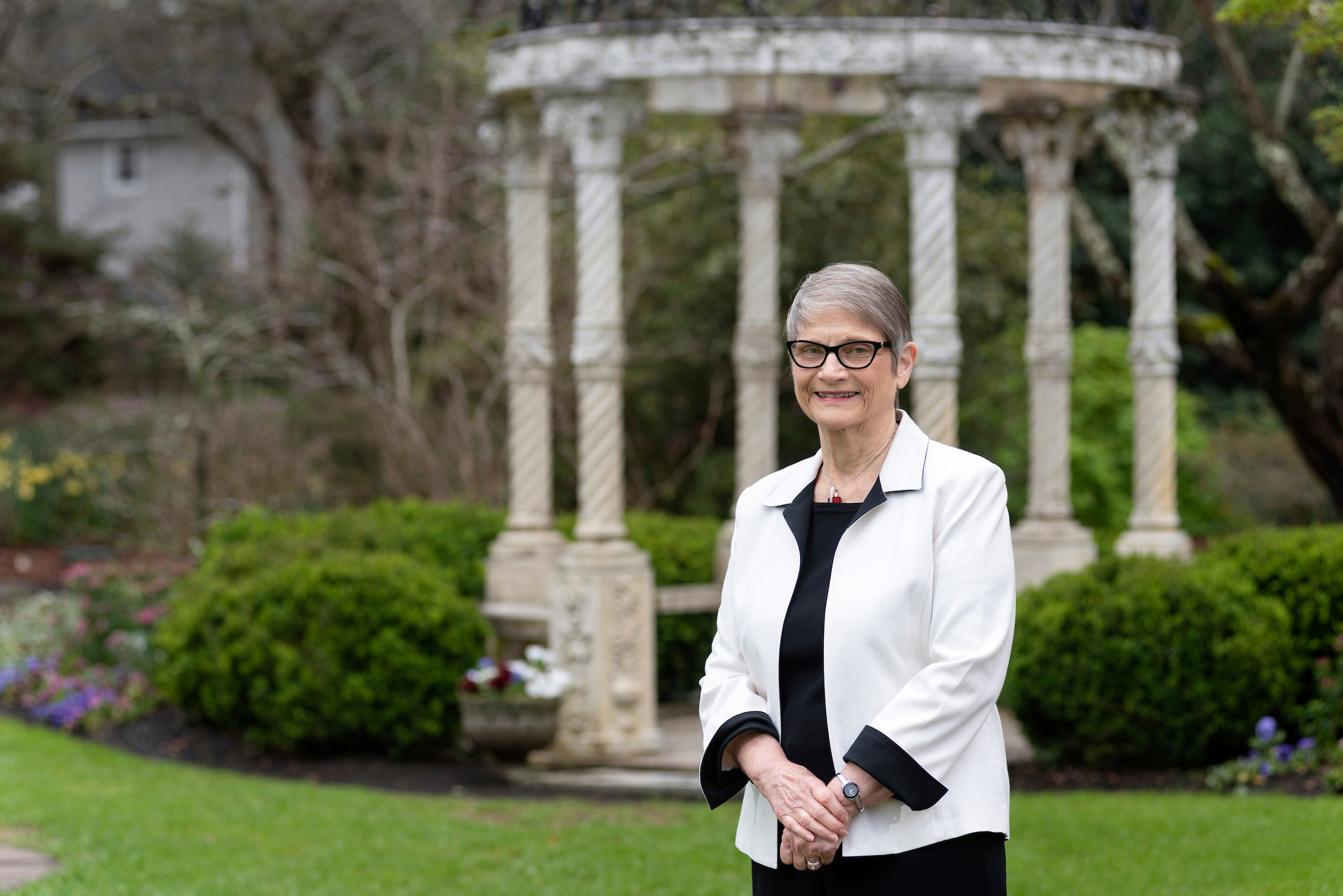 While events planned around the 100th anniversary of the founding of the nonpartisan League of Women Voters have fallen victim to the restrictions put in place to stem the rise of the coronavirus, the group’s mission to empower voters and defend democracy has remained healthy.

The League of Women Voters was founded by suffragists of the National American Woman Suffrage Association in Chicago in February of 1920, six months before the 19th amendment was ratified and women won the vote.

Wilmington resident CLARICE REBER serves as president of the League of Women Voters of the Lower Cape Fear (LWV-LCF), first founded in 1962. The chapter was disbanded in 1967 and reformed and reorganized in 1972. It has been active in the region ever since and currently has 125 members.

The LWV-LCF serves Brunswick, New Hanover, and Pender Counties. The local chapter will join in celebrations of the organization’s 100th birthday with a variety of held and planned events.

The (re)scheduling of these events, like most everything in the county, will need to be flexible.

“As we celebrate, we must not romanticize the work of our founding mothers,” Reber wrote in the LWV-LCF’s January/February newsletter. “Their work was important, but the 19th amendment did not break down barriers for all women. The Voting Rights Act of 1965 did much to break down barriers, but there is still more work to be done. So, celebrate with us and commit to empowering all voters and defending democracy.”

One of the activities on tap — “It’s fun to have a birthday” she says of the centennial —are a traveling history of the national and local chapters of the league and the suffragists.

It was slated to be moved to UNCW’s library but for now, the YWCA Lower Cape Fear has agreed to keep it until they can reschedule the display’s travels. Activities such as this are aimed at showing “how women’s rights have progressed over the last 100 years.”

The local league is celebrating 100 years of progress, because when women got the right to vote 100 years ago, it became illegal to discriminate on the basis of sex, or gender.

“But it didn’t say anything about other ways you could discriminate, and we figured out a lot of good ways to do that,” she says with subtle sarcasm.

“We’ve come up with ways to make it harder to vote over the years and one of the things the league has been doing in the ensuing years is to make it easier to vote,” Reber says.

Reber’s parents taught her it was her obligation to vote. However, when the time to do so came, she realized she didn’t know who to vote for, as information about candidates was difficult to find. But she learned.

She’s been involved with the league for a long time, first in Indiana, Pennsylvania. Later in life, after retiring as an assistant professor of speech-language pathology and audiology at Indiana University of Pennsylvania, and then moving to Wilmington in 2014. She learned more about North Carolina politics and became involved with the Lower Cape Fear league.

The LWV-LCF, like its national organization, works on issues such as ensuring elections are fair, which might include making sure there’s access to the polls. They also want to be sure the census, which is currently occurring in our area, counts all people, particularly the often hard to count preschoolers and older adults.

Reber says the census is used for many important functions, such as providing funds to communities. Locally, it’s difficult to get people in remote areas of the counties the league serves to be counted.

The LWV-LCF also takes on women and environmental issues and facilitates educational initiatives such as forums to educate residents about candidates running for offices.

It will often ask members to contact local officials to voice their opinion on issues.

The LWV-LCF helps register voters and provide voter information. The national league also began putting out a voters’ guide almost immediately after its founding. The first presidential debate was led by the league.

“We don’t support candidates or parties,” Reber says, adding they do make political stances on issues related to protecting voters’ rights and other league initiatives. And it vigorously researches all issues it studies.

For instance, one of what it calls one significant accomplishment in the last couple of years was the publication of a white paper on vouchers titled, “NC Private Schools Receiving Vouchers; A Study of the Curriculum.” The League of Women Voter published the report and circulated it to all legislators. The report also garnered media attention in the state.

Often, political groups redraw the lines to benefit their political party. North Carolina’s maps have been at the center of legal proceedings for years. The recent case was paired with a gerrymandering case from Maryland and the Common Cause, an organization that works to uphold democracy, and the justices ruled to not vote against gerrymandering based on political party. It was “a blow,” Reber says. Common Cause, with the league’s help, took the matter to the North Carolina Supreme Court and won.

The LWV-LCF will continue to try to persuade the state legislature that redistricting should be completed by a nonpartisan commission versus the current political parties who draw the maps, which do not need the governor’s approval.

The LWV-LCF is overseen by a board of directors and includes action groups and committees focused on areas such as fair elections and the environment. League speakers speak to professional and social groups, working to educate people about the issues they undertake and to take action.