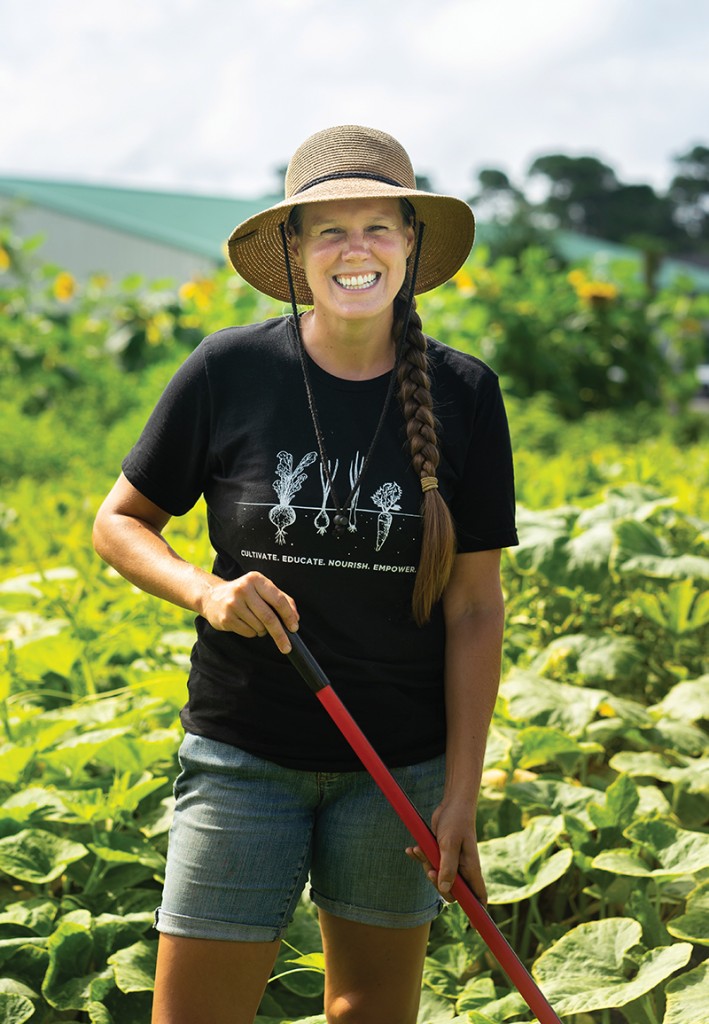 You could say that farming is in Mari Carl Fisher’s blood. So is her passion for helping others. It’s a combination that impelled Fisher to found Rise Up Community Farm.

Like any farm, Rise Up Community Farm grows produce, but it’s so much more than that. It also provides fresh vegetables to the needy in the area and supports local youth by helping them improve personal and job skills.

“Through Rise Up Community Farm, I want to plant hope in the community as we cultivate the land, educate and nourish neighbors in need, and empower people to have meaningful lives,” says Fisher, who serves as the farm’s manager and executive director.

Rise Up Community Farm is the culmination of Fisher’s background, work experience, and dreams. When she came to Wilmington in 2008 to study environmental science at University of North Carolina Wilmington, Fisher already knew a lot about working the soil – information she gained firsthand on her father’s farm in Virginia. Seeing the impact organic farming had on the community, Fisher decided to pursue it as a career. 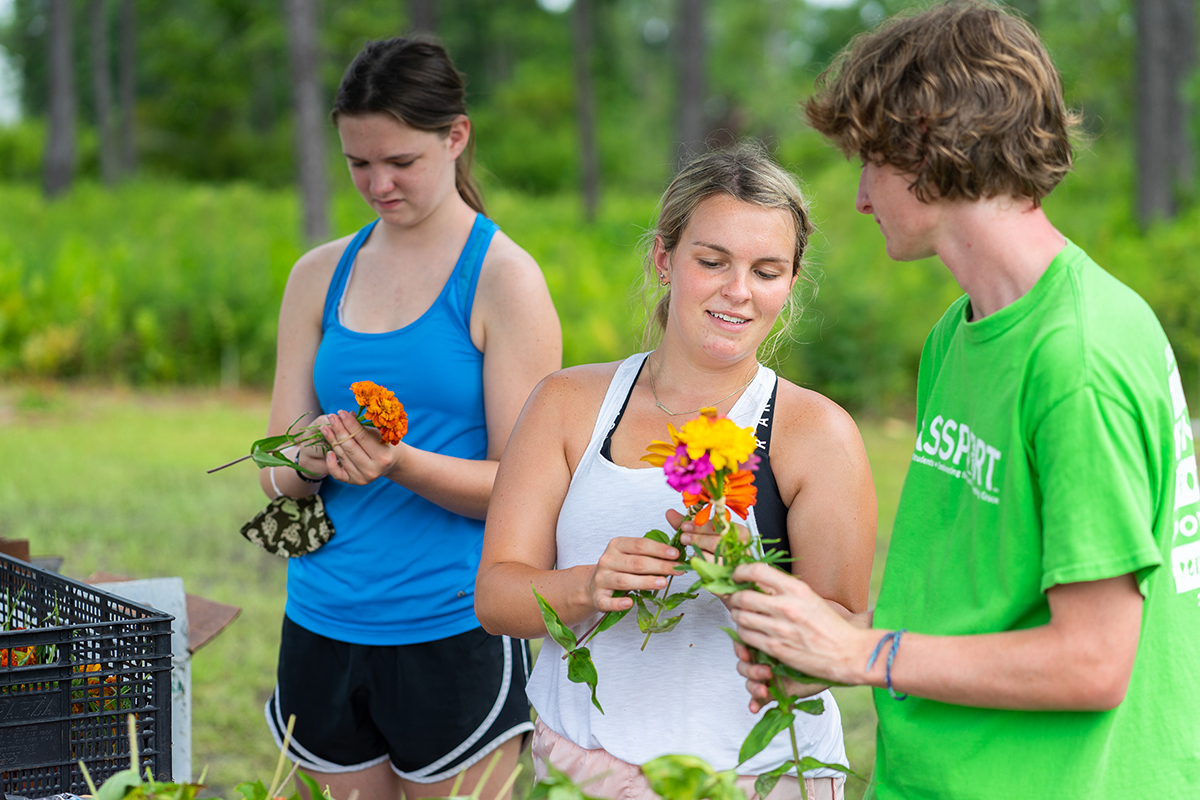 After graduation, she worked for a nonprofit organic farm in Florida for three years. Her second job was with a food bank for Central and Eastern North Carolina, where she collaborated with grocery stores and farmers to get fresh and healthy food donated to those in need.

Fisher moved back to Wilmington in 2018 to marry her husband, who shared her vision. In 2019, Global River Church donated land for the enterprise, Fisher got nonprofit status for it, and Rise Up Community Farm was born. 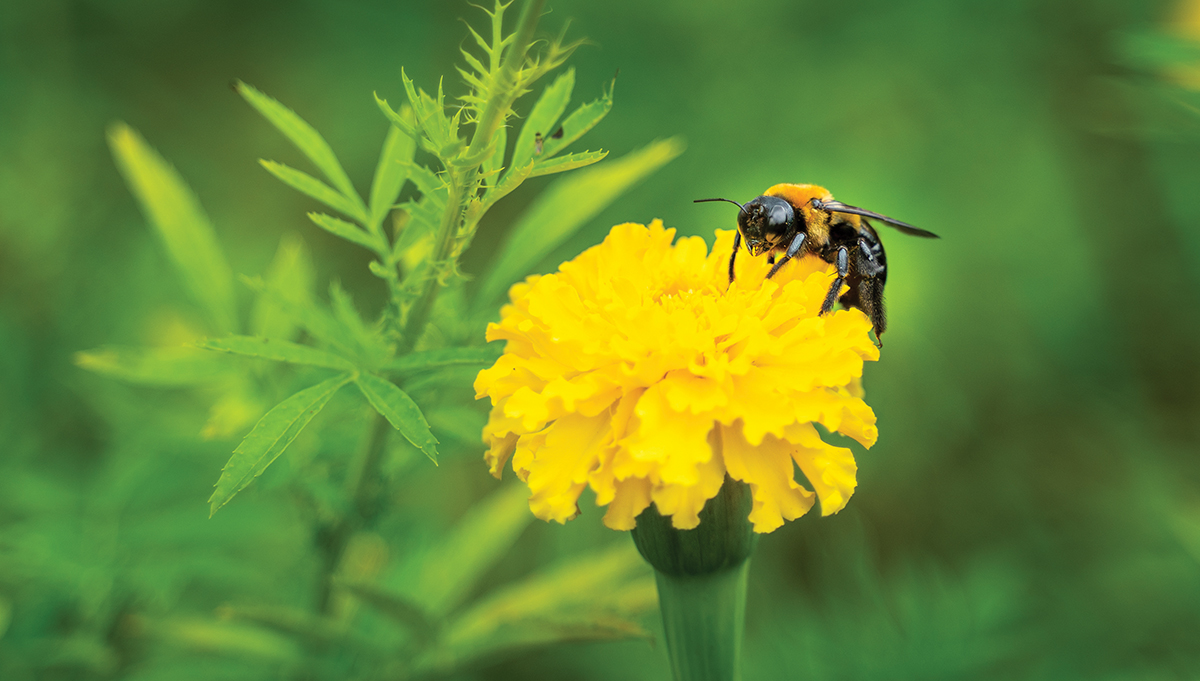 Half of the farm’s produce is earmarked for the community’s needy, which encompasses a larger population than you might suspect. About 33,600 individuals in New Hanover County – including 8,000 children, or one of every five children – are what Fisher calls food insecure. That is, they don’t know where their next meal will come from.

“I’ve always felt passionate about seeing that everyone has access to fresh produce, no matter where they are financially,” says Fisher. 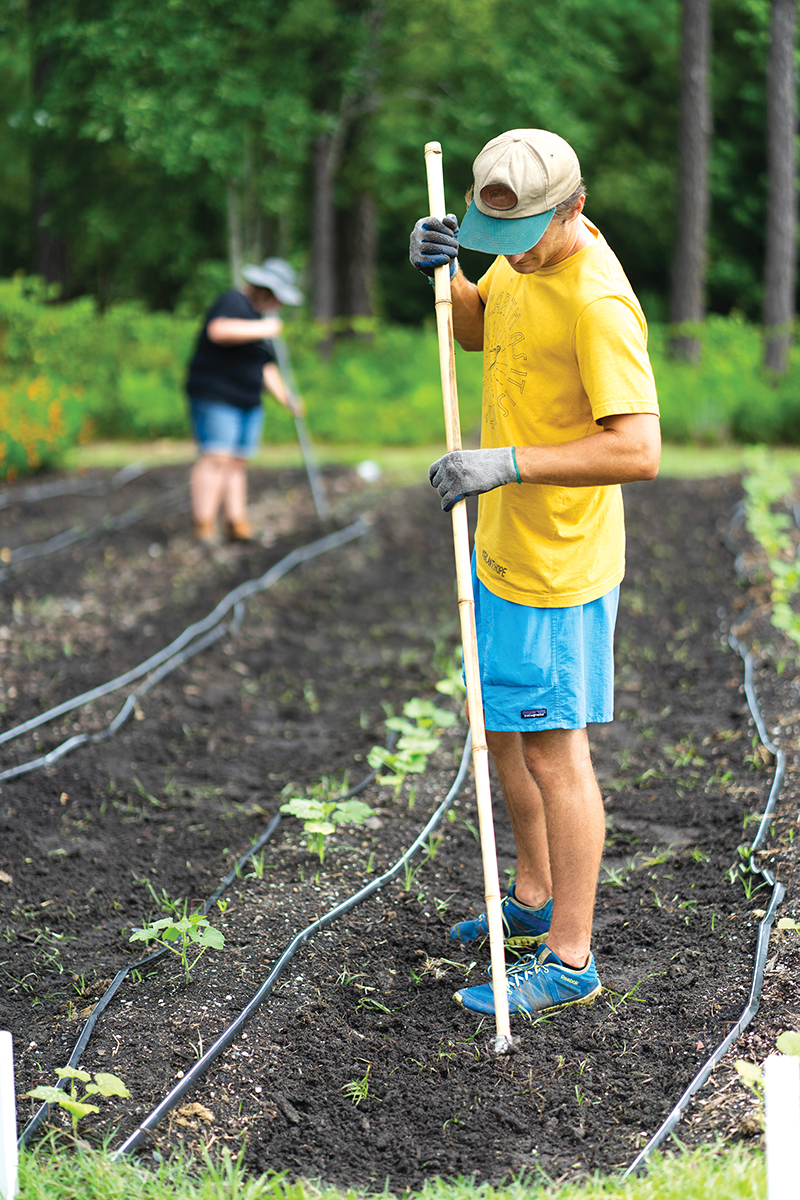 Fisher donates produce to the food pantry at Global River Church as well as to food pantries throughout the area. Every week between eighty and 110 cars collect food from the church’s food pantry – up from sixty to seven­ty-five cars before COVID-19 shutdowns caused widespread unemployment.

Fisher sells the other half of her pro­duce, flowers, and herbs, which can be ordered online or bought at the farm on Saturday mornings. The proceeds go into the farm and support its youth program.

The farm’s youth program consists of internships for students aged fourteen to seventeen. The interns, some of whom have experienced trauma or other hard­ships, get a chance to do something dif­ferent and a safe place to be, Fisher says.

The students work at the farm for eight weeks and receive a small stipend. They plant, weed, learn other agricultur­al skills, and sell the goods. Selling not only gives the interns valuable customer service skills, it also gives them owner­ship of their work, Fisher says. They see the continuum from planting seeds to providing people with food to eat.

Fisher also holds workshops for the students, at which they learn personal and career skills. Recent workshop topics included personal finance, public speak­ing, resume writing, and interviewing skills. The interns are also introduced to career options by professionals who work in a variety of fields. 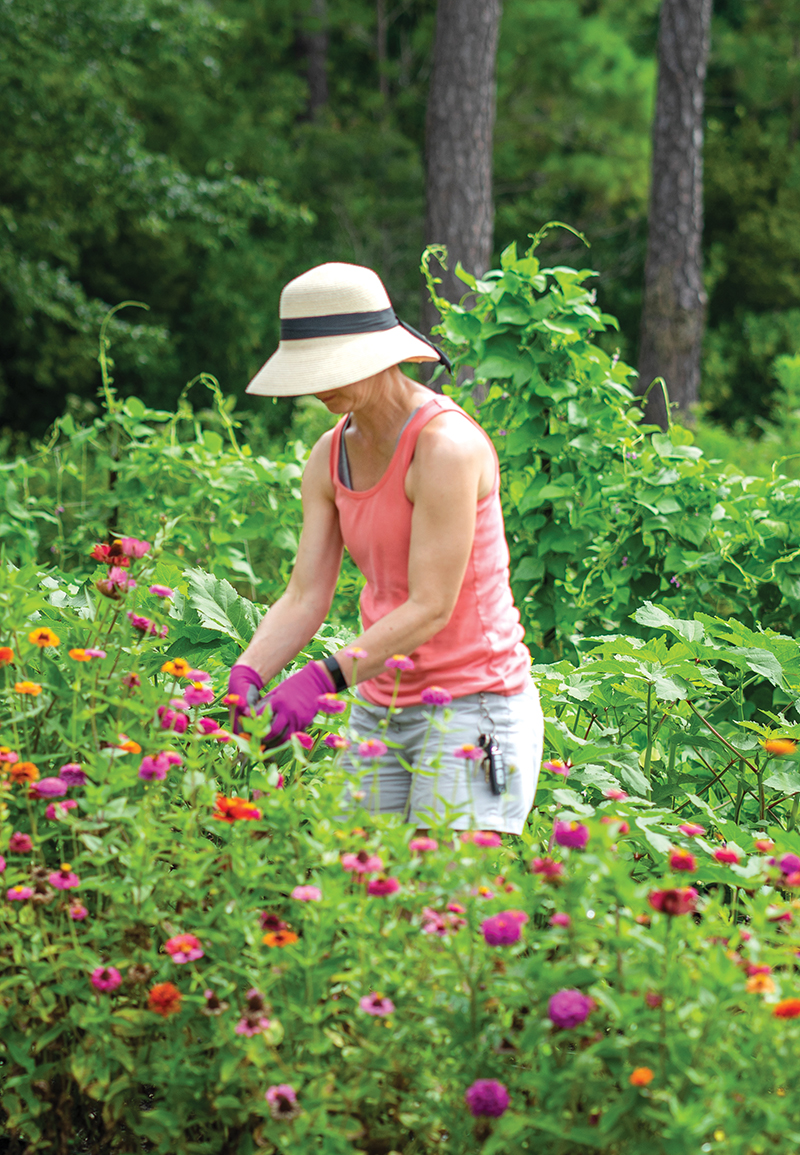 “It’s such a joy to see someone you’ve worked with be empowered, to see how much they’ve grown in just a year,” Fish­er says.

Rise Up Community Farm is support­ed by a number of volunteers. In addition to its ten to fifteen regular volunteers, a number of groups, including students from UNCW and members of church­es and other organizations, have lent a hand with gardening. Other volunteers make presentations or hold workshops.

Though it was established a mere year-and-a-half ago, Rise Up Commu­nity Farm has seen substantial growth. As the operation gets more efficient with its growing process, the farm is seeing an increase in food production and an improvement in its soil. Also, as people learn about the farm, more are volun­teering.

For Fisher, seeing Rise Up Communi­ty Farm succeed on so many levels fills her soul.

“I feel so much joy seeing people get and be excited about fresh vegetables,” she says. “I’m so thankful to be doing this work.”

To make orders or to volunteer, go the Rise Up Community Farm website, riseupcommunityfarm.org. The farm is located at 4702 South College Road in Wilmington.