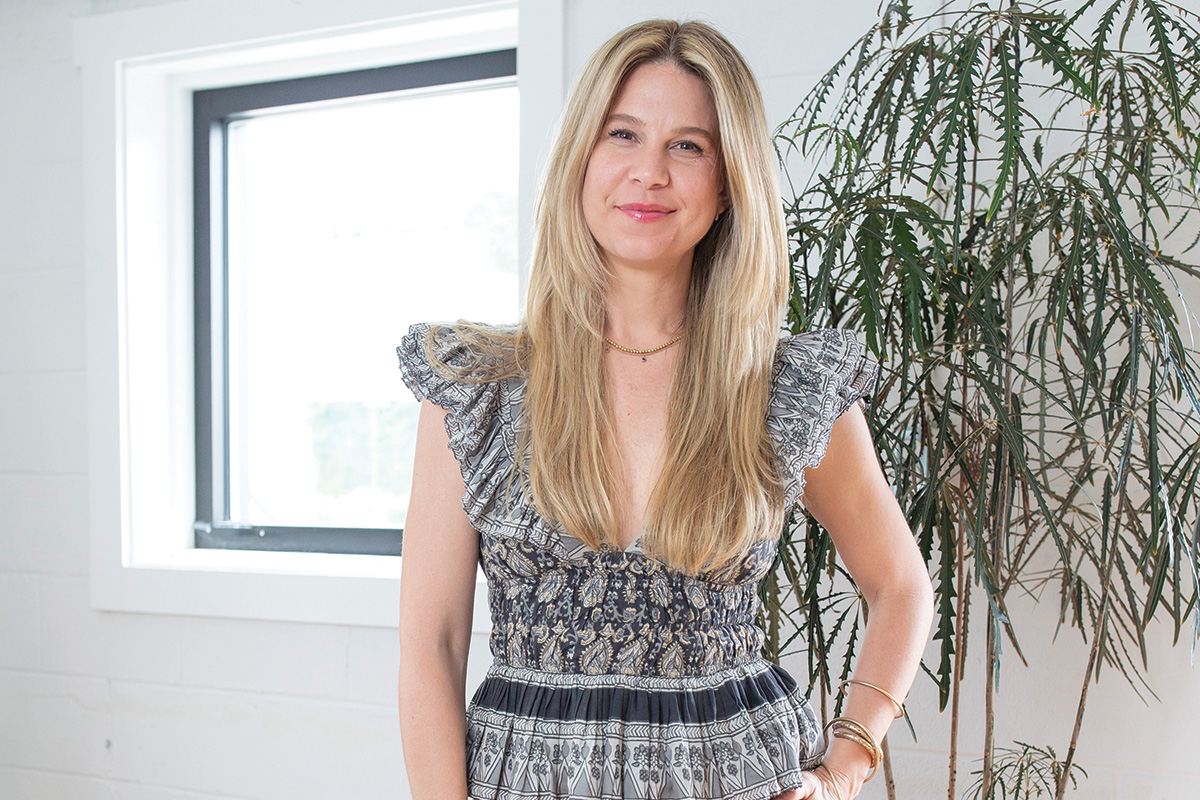 Ten years ago, CARMIN BLACK was the first to win WILMA’s Women to Watch Award in the Business category for her jewelry company that focused on giving back to those in need. A lofty goal indeed, but one that Black was prepared to achieve.

Today, Black heads up a Wilmington-based jewelry and goods line that also has addressed those in need for the past decade. She comes full circle, and now is behind this year’s awards bracelet to the 2022 winners.

The beginning of her business path, however, was less than certain.

“At a pivotal moment in my life when my first career out of college was at a crossroads, I had to make a decision: Stick with the industry I’d gotten my degree in (journalism) or do an about-face and try my hand at something new,” Black says. “I spent six months doing soul searching trying to figure out my next right move. As someone who is results-driven, feeling like I did not have a goal to work towards was heartbreaking. One day, when looking for new employment opportunities, I Googled ‘jobs at TOMS shoes.’”

A few years earlier, Black had met the founder of TOMS, Blake Mycoskie, at a conference and was struck by how his business combined fashion and philanthropy to change lives. His company was hiring for a program they called Vagabonds, and the job was to travel the country hosting speaking engagements at high schools and universities.

“It was only a six-month commitment, (so) I applied, and out of thousands of applicants, twelve others and I got the job,” Black recalls. “What I hadn’t anticipated is that this experience would show me that my love of fashion and philanthropy could be combined to help people in need through business.”

Black’s time at TOMS taught her a lot about business and gave her the foundation to put those lessons to good use to make a difference in the lives of others.

“When my brother, Christian, and I started HALF UNITED, we only had $200 to our names to invest,” Black says. “We dreamed of working in a place like New York or LA but knew if we weren’t willing to seek funding for our idea, we were going to have to live and work in a place that was more affordable so we could reinvest every dollar we made into growing our brand and helping others. The first four years of running this business, we didn’t pay ourselves. That was hard, and looking back, I think about how motivated we must have been to pull it off. We worked odd jobs, eventually grew the brand to have a paid staff, and sincerely loved our community so much that staying here was an easy decision to make.”

The company has adapted along the way but kept its central priorities.

“Since 2009, our mission and our focus on fighting hunger with each purchase made hasn’t changed, ever. However, the way we go about giving back, helping others, and stopping hunger and poverty has grown tremendously since we first began,” Black says. “When we first started, we gave away 50% of total sales; as we grew, naturally, we learned that wasn’t a sustainable business practice. We tried giving away 50% of profits, but as our business grew and profits decreased, we realized that too wouldn’t accomplish our goal. What we did instead was to factor in the price of seven meals into the cost of each purchase made. This is where our business began to soar. We were able to factor in the price of meals into each purchase made and donate whenever a product sold, thus paying for the meals.”

They also learned that fighting hunger through meals helped, but it wouldn’t end hunger long term.

“In 2018, we had a wonderful and unique opportunity to employ hundreds of men and women in a rural community in Haiti to hand-make our leather handbags,” Black says. “It was in Haiti that we learned gainful employment is the No. 1 way to fight hunger and poverty.”

Black’s dedication to her work is why she won WILMA’s award in its inaugural year and why she is participating in this year’s honors.

To be asked to be a part of the awards “was a massive honor,” Black says.

“To me, it meant being recognized for my future potential, and there was something very encouraging and special about that,” she says. “When I received this award, my business was much smaller than it is today, so at the time, I took this as a sign that this business would work out and others saw its potential. This bracelet, from one female entrepreneur to another, was not only made with a spirit of encouragement but was my way of reminding them to press into their dreams and never stop until they achieve their goals.”