Films jump to an outdoor screen during the pandemic 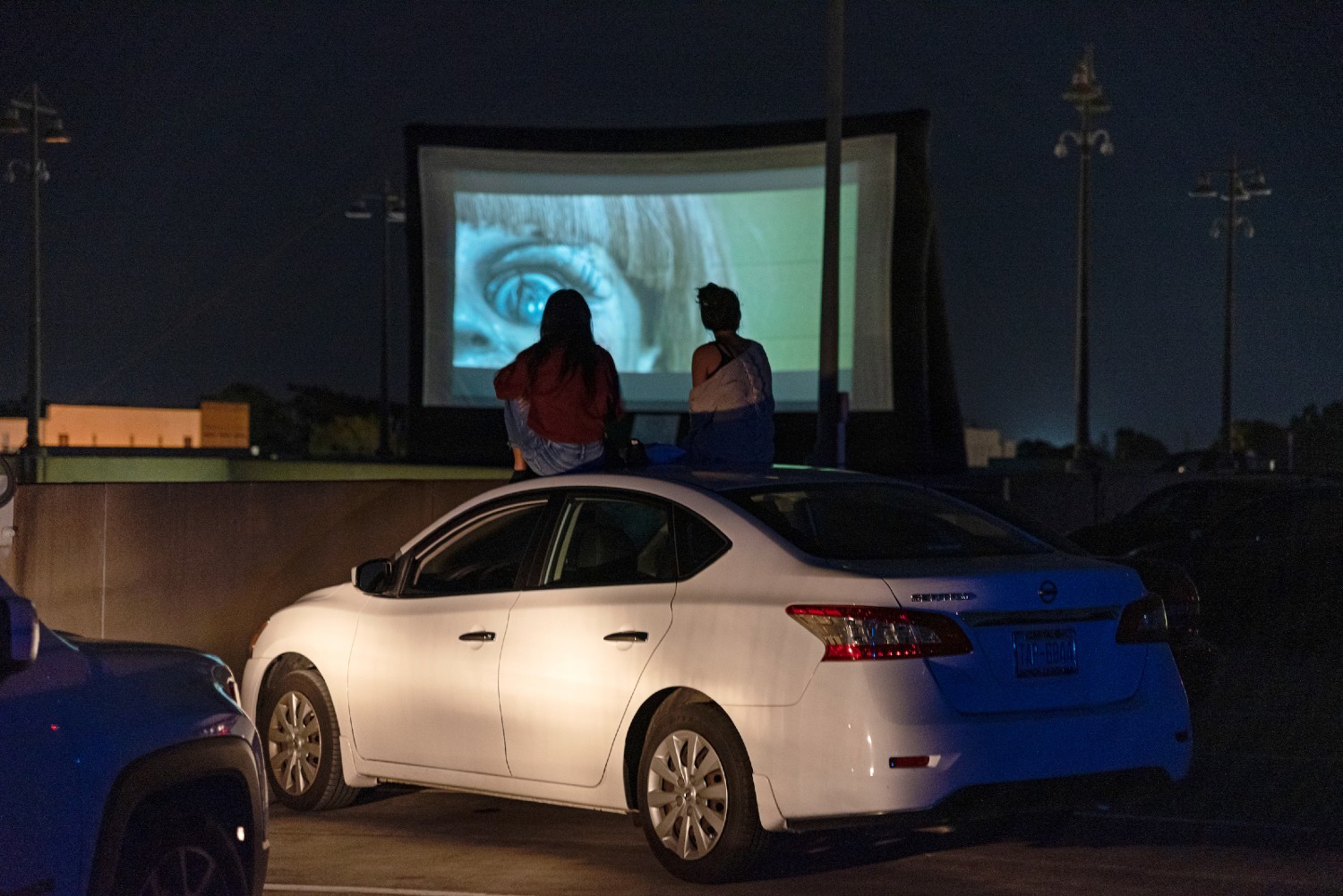 It has been a disappointing year for movie fans. As the big screens faded to black in March when public life shut down in the face of the coronavirus, fans sought their entertainment where they could find it, watching videos on their TVs or tiny screens at home.

While better than nothing, viewing movies on a small screen just doesn’t deliver the impact or fidelity of a big screen experience. And viewers miss out the social aspect of sharing that experience with others in a theater.

Having offered drive-in live events and concerts since June, adding a drive-in movie series was a logical next step for the Wilson Center, says Shane Fernando, CFCC’s vice president of advancement and the arts. And Thalian Hall, which hosts the popular Cinematique film series, was a natural partner because of its staff’s relationships with distributors and broad knowledge of film.

“They had the curation experience; we had the space,” he adds. “We decided to band together.”

The Wilson Center’s drive-in concerts are held in the center’s rear parking lot. But movie nights take place on the top level of CFCC’s Hanover Street parking deck, where technicians install a large screen. The audio comes through the Wilson Center’s radio broadcasting device; moviegoers hear the feed on their car radios through a low-power FM signal.

“There’s a wonderful breeze and a view that connects to the name of the series: Skyline,” says Fernando, explaining that moviegoers can enjoy the view of downtown Wilmington’s historic skyline. The name also pays homage to the old Skyline Drive-in on Carolina Beach Road.

Currently, Skyline Drive-in is screening movies made in Wilmington that have a spooky twist, such as Firestarter, Blue Velvet, and The Conjuring.

Fernando’s excitement about his drive-in movie series is echoed by those involved with Curbside Cinema.

“It’s been incredible. The first six screenings we did, people were just so eager to get together and get out of the house, it was a really positive initial response,” says Dan Brawley, chief instigating officer at Cucalorus Film Festival, adding that a new, larger screen has enhanced the viewing experience.

Brawley and StarNews arts reporter John Staton choose the films for Curbside Cinema, striving for variety. They pick at least one animated film per month. Others in the lineup include movies made in Wilmington, movies that showcase diversity, and documentaries.

Curbside Cinema has spread beyond the UNCW campus: there is a series for students at Cape Fear Academy as well as community series in the Outer Banks area and in Tarboro, North Carolina. Curbside organizers are currently working with the Junior League of Wilmington to do a movie screening later this year, Brawley says.

“With severe limitations for what can happen indoors, drive-ins are a great way to watch movies and socialize,” Brawley says.

The concept is catching on locally. One Love Tennis hosts Movie Night Out on selected Friday evenings, while the Battleship North Carolina has teamed up with the Junior League to present a Halloween-themed double feature Oct. 24.