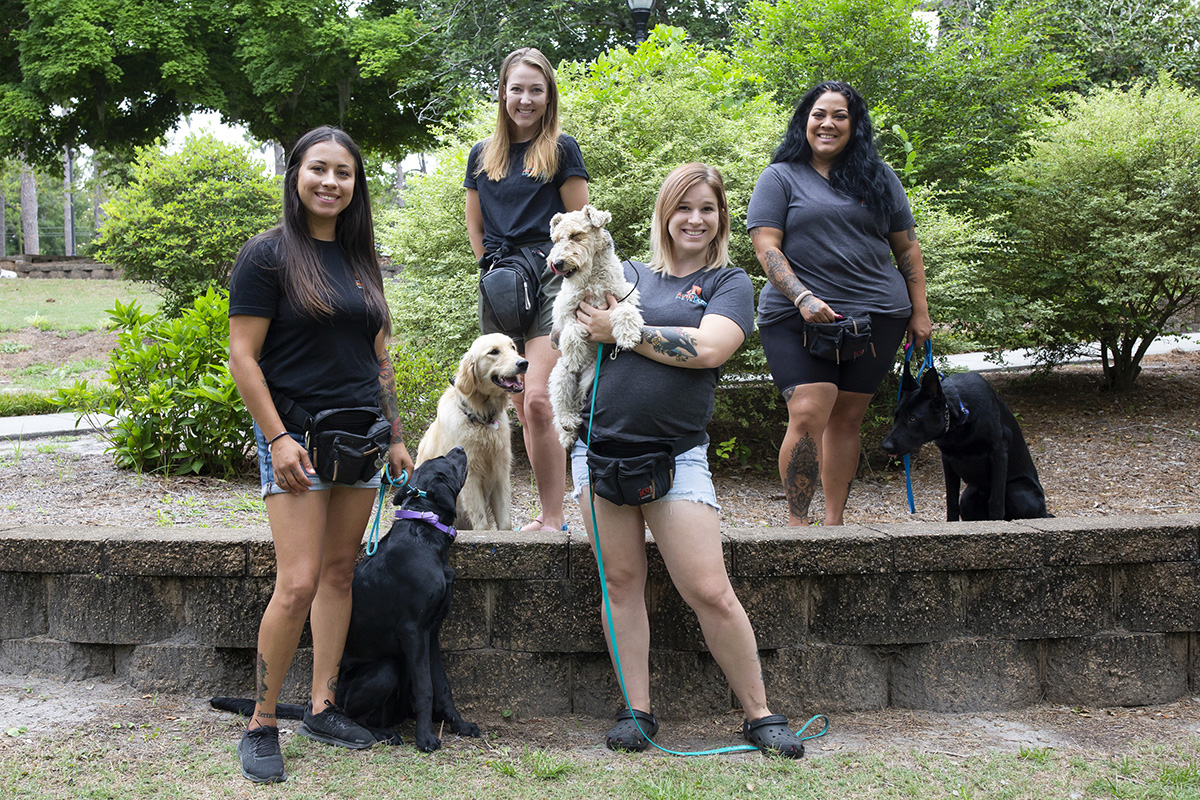 Dogs are incredible. They snuggle in our laps, work alongside law enforcement, run long distances while we exercise, protect us when we are scared, and always seem to know just what we need right when we need it. While the possibilities for the four-legged best friends are endless, proper training is crucial to making sure the relationship is positive and beneficial for all involved to make sure a forever home is indeed forever. Meet some of the area women specializing in the dog training field.

JENNY KLAMM opened AvidDog after finding a need for a dog trainer in her own family. “Close to seven years ago, I adopted a dog from a rescue down in San Antonio, Texas,” Klamm says. “Unfortunately, the dog I adopted ended up having pretty severe human reactivity and aggression. He lunged, snapped, and snarled at every person who got within 30 feet of him. At that time, I was that helpless owner that felt like I had no option and that my dog was a lost cause. But by hiring a dog trainer myself when I was at my wit’s end, I learned that he wasn’t a lost cause and that I was failing to communicate with him and listen to him in a way he needed.” 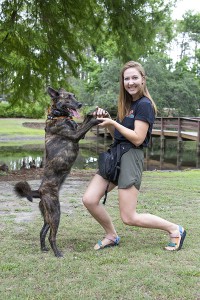 Those lessons in learning how to communicate more effectively with her own dog led Klamm to want to help other owners achieve that same relationship with their dogs. The company that trained Klamm’s dog hired her as an intern, and she officially became a trainer.

“After a few years, I decided to branch out and open my own business,” she says. “I learned what to do and not to do as both a business owner and a dog trainer, and I inevitably created a company that emphasizes integrity and honesty, plus implements the most realistic, proven, and digestible training methods.”

AvidDog focuses on a “reward the good, correct the bad” approach. “I find my methods to be most effective because it’s simplified, and owners understand it,” Klamm says. “The catch is owners are taught many different approaches to rewarding or correcting their dog. So, they have options, which they like. Sticking to one tool or one method a lot of the time sets owners up to fail because realistically, owners won’t be walking around holding an e-collar remote or wearing a treat pouch all day, every day like we hope they will. If the dog only learned to comply in one way, the one time that one way isn’t viable, the dog fails, and the owner is disgruntled. A balanced approach provides the owner options and also gives the dog clarity.”