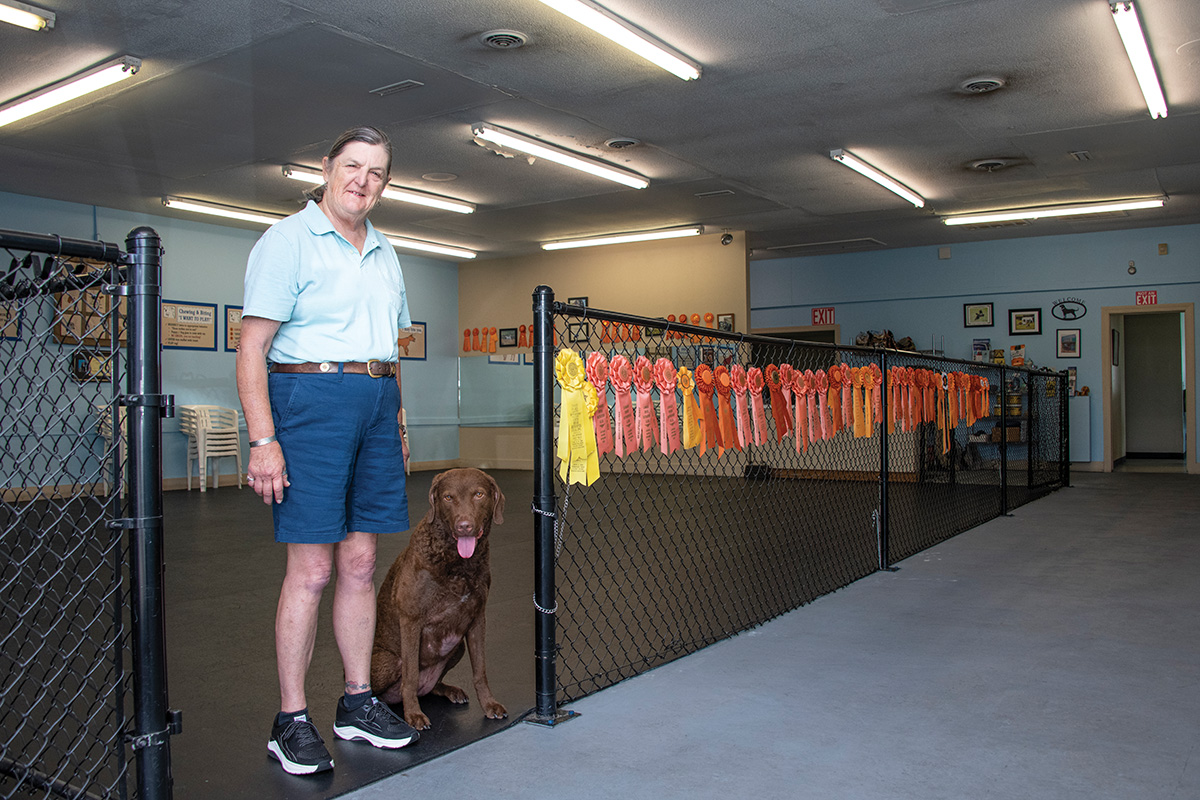 Dogs are incredible. They snuggle in our laps, work alongside law enforcement, run long distances while we exercise, protect us when we are scared, and always seem to know just what we need right when we need it. While the possibilities for the four-legged best friends are endless, proper training is crucial to making sure the relationship is positive and beneficial for all involved to make sure a forever home is indeed forever. Meet some of the area women specializing in the dog training field.

DIANE GALLAGHER owns Dogtrain, a business that has been around for thirty years and was started by BARBARA EAGLES.

Gallagher began the process of buying the company in 1996. “I have been around dogs my entire life; my parents raised poodles,” she says. “One of my money-making ventures as a kid involved learning how to groom dogs, and I continued to do this for a good portion of my life. I started training dogs as a ten-year-old at the local kennel club where I grew up and started showing dogs a few years later.”

Gallagher worked with several professional dog show handlers for a number of years before starting out on her own in the late 1970s. She started publicly teaching obedience classes in the early 1980s. After moving to Wilmington in 1991, Gallagher worked at Topsail Animal Hospital. 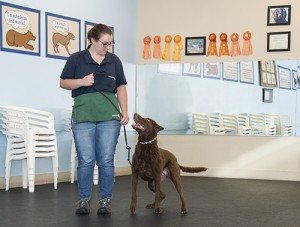 “I am now seeing clients with their children who came to me initially as children with their parents,” she says. “Makes me feel somewhat old but also speaks to the efficacy of our training program. We made a foray into ‘all positive’ training in the middle of the 1990s but discovered it did not provide the efficacy people needed to help them. It was also very difficult for most clients to stick to and see results. I find a balanced approach works much better – 80% positive input, 20% wrong, try again sometimes with consequences.

“We use food rewards; we use corrections. I teach people to use the least amount of pressure necessary, but they need to follow through on reasonable requests. If the dog doesn’t know what you want it to do, you cannot punish for your failure to communicate. You cannot get through raising a young thing without using the word ‘no,’ and it is much the same with dogs.”

One of the greatest features of Dogtrain is its longevity and family atmosphere, Gallagher says.

“My associate, Lauren Daniel, who came to me as an eight-year-old with her parents and a Boston Terrier,” Gallagher says, “is now my right hand as office manager and associate instructor.”