CrossFit Inside Out provides support for a fit community 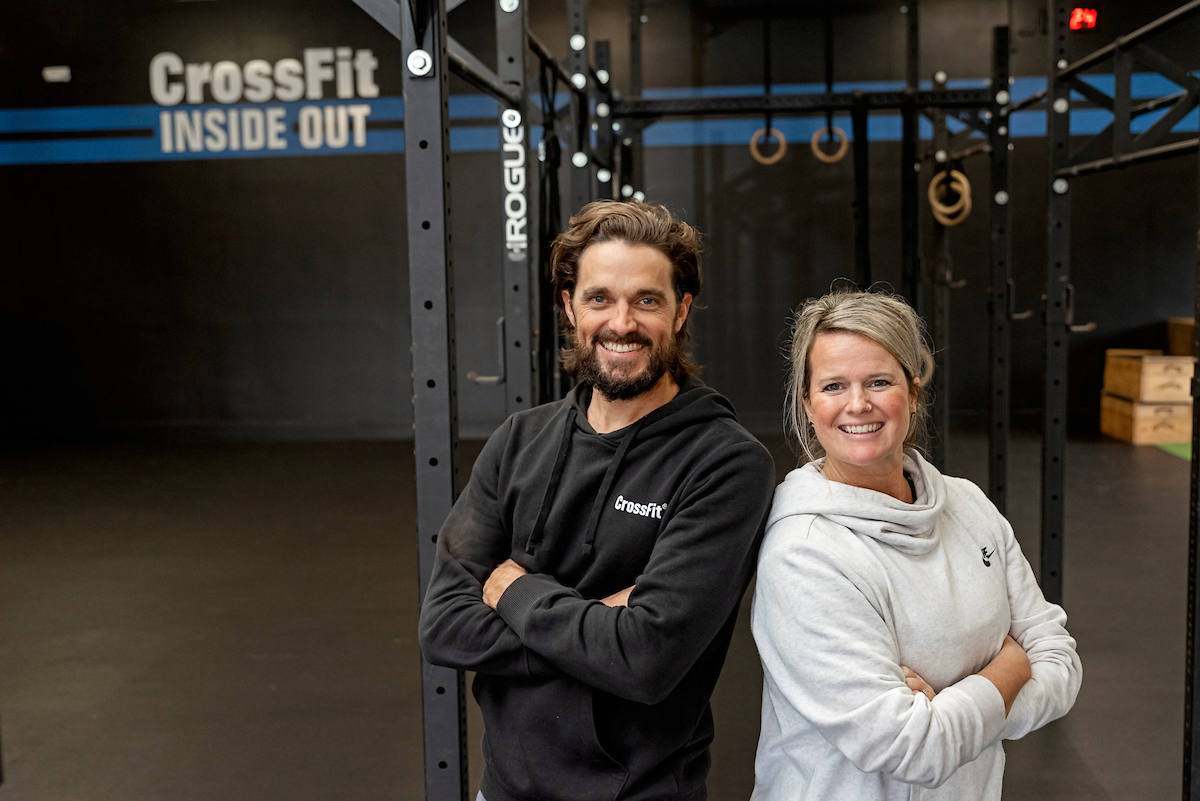 There has never been a time when ANDREA WILLI wasn’t into some kind of sports or fitness activity. She grew up playing basketball, fast-pitch softball, and running cross country. For her, CrossFit was a natural choice even if it would come later in life.

Another choice that worked for her was marrying her husband, Nick, who is also drawn to an active lifestyle. The pair opened CrossFit Inside Out in Wilmington. The gym, open for six-and-a-half years, is a perfect way for Andrea and Nick to get their daily fitness fix and raise their four kids in an environment they fully support.

The couple was invited to join a CrossFit class while they lived in Charlotte.

“We became instantly hooked,” says Andrea Willi. “We fell in love with it immediately, and for us it became a lifestyle.”

Not only were the workouts becoming an important part of their lives but also the lifestyle CrossFit incorporated. “We saw the importance of healthy eating, getting plenty of sleep, getting three-to-five workouts per week and raising our kids to be healthy and active,” Andrea Willi says.

The gym also became a great meeting ground and place to build relationships.

Wilmington became an obvious option for the couple who wanted to raise their kids on the coast. Also, part of their mission was to plant a church in a new city, and they knew that opening a gym would be integral to connecting and meeting new people.

The gym became a way to provide for their family and grow a community of people who wanted to make people better on the inside and out. CrossFit Inside Out caters to a wide range of people and embodies a full-body exercise regimen, they say.

“CrossFit is for everyone, all fitness levels,” Andrea Willi says. “It’s for the old and young. Our oldest athlete is 90.”

Andrea Willi says she sees clients from moms getting back in shape to collegiate athletes looking to build up their fitness levels. “In our story, the athlete is the hero, and we’re just the guide. Helping each person walk the journey to becoming healthier and more fit is our promise,” she says.

Like other fitness centers around the city, their gym closed for a while back in March due to Covid.

“We quickly took everyone to online/virtual workouts and lent out our equipment to our athletes,” Andrea says. They then transitioned to “parking lot workouts” in May and then back inside in June.

“We already keep our facility very clean but no longer let athletes share equipment during classes. We also clean every piece of equipment after each use.”

It is obvious CrossFit has become truly a family affair for Andrea, Nick and their family. There is no doubt that Andrea Willi has a competitive streak with her love for sports. And she lets nothing hold her back—even her husband.

“Nick and I are very competitive with one another,” she says. “We are constantly trying to be the best coach or learn a new exercise movement before the other.”

For example, she learned double unders three months before Nick.

In double unders a jump rope must pass two times under your feet before you have to jump again.