Copper of Many Colors 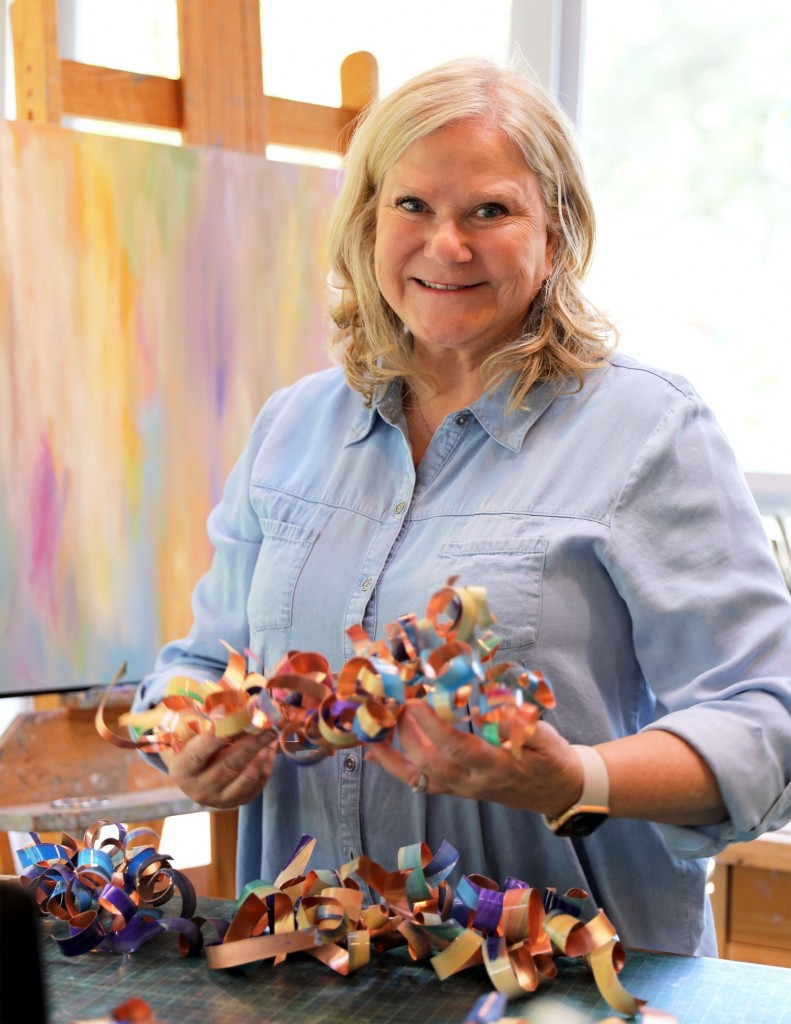 As a young girl, GALE SMITH would watch her mother weaving and knitting. She says her interest in creating things started then. Fast forward decades later and Smith is still creating things only now at a professional level in a vocation she loves as a metal artist.

“I’ve always had a love for art and color,” says Smith, who attended UNC-Chapel Hill and Meredith College.

After college, Smith quickly set out on a career path in architectural design that would send her traveling all over the country.  After moving to Wilmington in 1998, it wasn’t long before Smith decided to take a leap of faith and focus on her artistry full time. She says that while it was scary to take that leap of faith to become a fulltime working artist, she has not regretted it even once.

Smith began by painting and experimenting with color. She soon found a fascination with metal art pieces, specifically copper.

“You have to be dedicated when you work with copper because you often get cuts and bruises from the cutting,” she says, adding that she has even had to have stitches before.

“It’s something you really have to want to do and looking back, I always wanted to do it,” Smith says.

However, a little pain is worth the joy she feels when creating a piece of art.

She says that her larger pieces are often more difficult to create and take longer but most of her projects take anywhere from two to three weeks and again, getting started by cutting the copper panels are the most labor-intensive part of the project.

“Color makes forms and when in a 3-D weave, color comes into play and is so captivating to the audience,” she says.

While Smith loves all types of art, she says the warmth of copper tends to make colors grow and shine and she loves the outcome. Her enthusiasm for the medium shows as she has worked hard to continue to educate herself in her craft. She attended the Cape Cod School of Art in Provincetown, MA. The prestigious school is known in the art world for its techniques of figure painting.

Smith says that it gives her an enormous feeling of gratitude when she walks into a business or someone’s home and sees her art hanging there.

However, she has a piece that she created that she says is closest to her heart. The piece, titled “Elysian Fields,” is at the Lower Cape Fear Life Center and holds special meaning to her as so many people, including members of her own family that have taken their final life journey there.

She says that her art continues to grow and change with each passing year and that she loves what she can do each day with her work.

Says Smith, “I have no plans to retire. I love this and am grateful to be able to do this.”

Smith’s next art show is at Art in Bloom Gallery from October 23 – December 7. The show is titled “Manifestations of Colour and Form.”