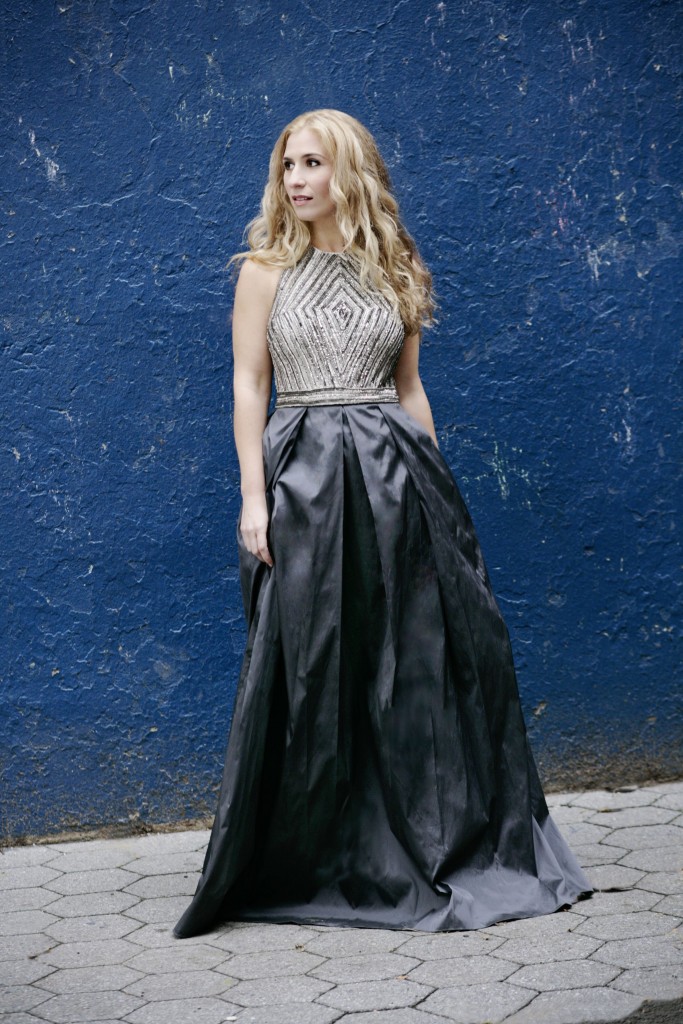 The Wilmington Music Festival, now in its third year, started when soprano NIKOLETA RALLIS, president and co-founder of the organization, and Aza Sydykov, a pianist and artistic director, met in New York City.

“Aza was amazed by the beauty of the city and asked if Wilmington had a music festival, and he said ‘now you do!’” Rallis says,

The festival is a nonprofit arts organization that seeks to promote musical excellence and cultural diversity in the Wilmington community by presenting innovative performances and offering affordable music instruction by world-renowned teaching artists, according to its website.

This year, the festival goes through Feb. 9 at UNCW’s Beckwith Recital Hall.

Upcoming events include an Opera Gala Friday, an Emerging Artists Recital Saturday, and Piano Fireworks, all starting at 7:30 p.m.

WILMA: How did the organization decide on this year’s lineup of artists?

RALLIS: “Wilmington music festival has three programs, our Music Institute, Emerging Artists, and Mainstage. This year we have three artists who won WMF’s Emerging Artists worldwide auditions. We received applications from over 150 applicants from over 27 countries. Our winners are harpist Sonia Bize from France, American cellist Samuel DeCaprio and soprano Elizabeth Baldwin. We also have faculty artists from our music institute at UNCW, including pianists Pavlina Dokovska, Vladimir Valjarević, and Barry Salwen. Headlining our opera gala is Argentinean baritone Gustavo Feulien who Aza has collaborated with is a past production of Tchaikovsky’s Eugene Onegin at Merkin Hall at Kaufman Music Center in New York City. Also performing is local artist pianist, Brent Trubia and tenor, Michael Rallis; as well as myself and Artistic Director and co-founder of the festival, pianist, and conductor Aza Sydykov.”

WILMA: What can attendees expect from the festival?

RALLIS: “They can expect unprecedented, groundbreaking performance experiences with varying classical music styles. We also like to create a fun and party-like atmosphere with our red-carpet photo ops and receptions conducive to mingling. The closing night party on February 9 following the “Piano Fireworks” will be open to all concert attendees.”

WILMA: This is the third annual festival, how has hosting it been like over those years and what type of growth have you seen?

RALLIS: “The festival is growing rapidly. When we started out our strategy was to raise awareness about the festival, starting with our Kickoff Gala at Thalian Hall. Last year we expanded to three mainstage concerts at UNCW and Thalian Hall and this year four mainstage concerts all at Beckwith Recital Hall at UNCW, including our new programming of Emerging Artists and our Music Institute. Our programming and audience are growing. Our board of directors has grown, and we continuously seek community volunteers as part of our WMF Ambassadors Program. We still feel like a lot of people don’t know about us yet including classical music lovers and the new classical audience member who doesn’t know us yet!”

WILMA: Anything else you would like to mention about the festival?

RALLIS: “The realization of the festival’s mission has been possible thanks to our backers and supporters. We hope that the city of Wilmington, community members, and local businesses will continue to support the festival and its growth which contributes in putting our city on a world map through arts and education.”

Healing in the Workplace

Copper of Many Colors