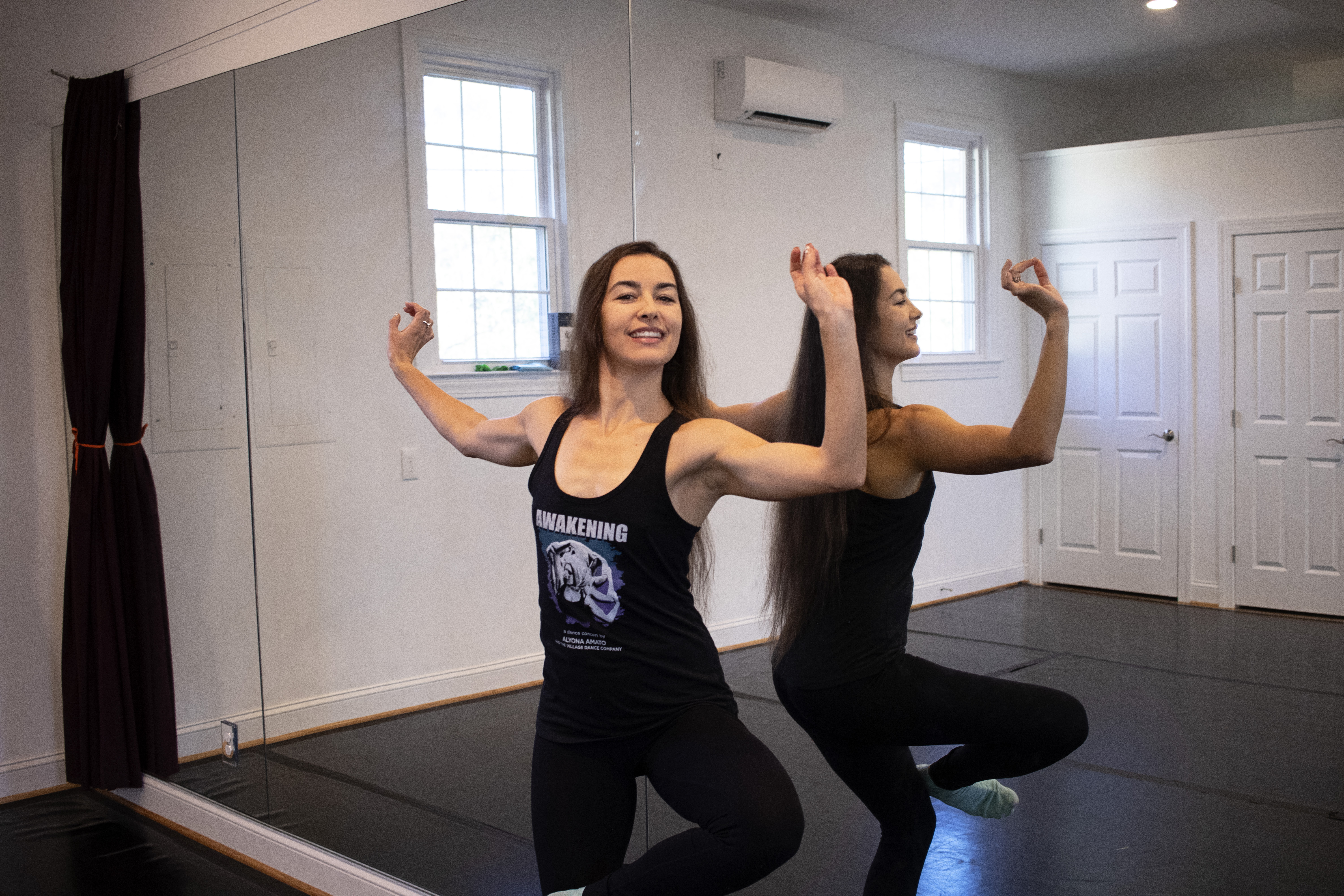 Sometimes dance is simply to be enjoyed. At other times, it also asks audience members to look within, to question their place in the world, their purpose in life. The choreography of Wilmington’s ALYONA AMATO falls into the latter category.

Amato has been a choreographer and dance teacher in Wilmington since 2011. In 2019, she established The Village Dance Company and its debut concert, AWAKENING, won her renewed acclaim both locally and throughout the state.

Amato, who was born and trained in Russia, was a latecomer to dance. When she started dancing at age sixteen, she knew she’d found her passion and studied multiple dance genres: contemporary, modern, contact improvisation, and ballet.

“My soul was telling me this was my path,” says Amato. “Since then, I’ve never left dance studios.”

Amato’s talent earned her the attention of the Moscow Dance Association, which gave her the opportunity to study with teachers from around the world. Afterward, Amato opened a dance studio and began choreographing in Russia.

In 2011, a representative from the American Dance Festival invited Amato to serve as choreographer in residence in ADF’s Summer Dance Intensive, a five-week course in Durham.

After completing the program, Amato found her way to Wilmington, where she made her home and continued dancing, choreographing, and teaching.

Amato’s eclectic training can be seen in her unconventional and exciting choreography.

She often collaborates with painters, visual artists, and musicians to create athletic and complex modern/contemporary works that showcase her dancers’ exceptional abilities and speak to audiences on a personal level.

That’s not surprising, as Amato draws her inspiration from the people around her, searching for the emotions that drive people, the fears and inhibitions that prevent them from moving forward, and the hopes and dreams and allow them to succeed.

“I want audiences to go deep within and think about their part and their higher purpose on this planet,” Amato says.

“I try to stir the emotions that have been sitting deep inside and may be preventing some from accomplishing something great in life. Inspiration and motivation, those are my main targets in creating and showing my works.”

Amato’s pieces are regularly selected for Wilmington dance performances, including Dance-a-lorus and the Wilmington Dance Festival as well as at prestigious dance programs throughout the state and beyond.

It’s All About Me will also be performed at the Charlotte Dance Festival in March.

Amato is currently working on two new pieces, one for a local dance festival and another for her company. While she looks forward to expanding her audience, Amato’s heart lies with Wilmington.

For Amato, Wilmington is her U.S. hometown, and she hopes to present at least two concerts a year locally.

“I like to share my vision and passion with our local audience,” she says. “I feel a special warmth and support from the people here. This is where my U.S. story began and where I established myself as an artist.”