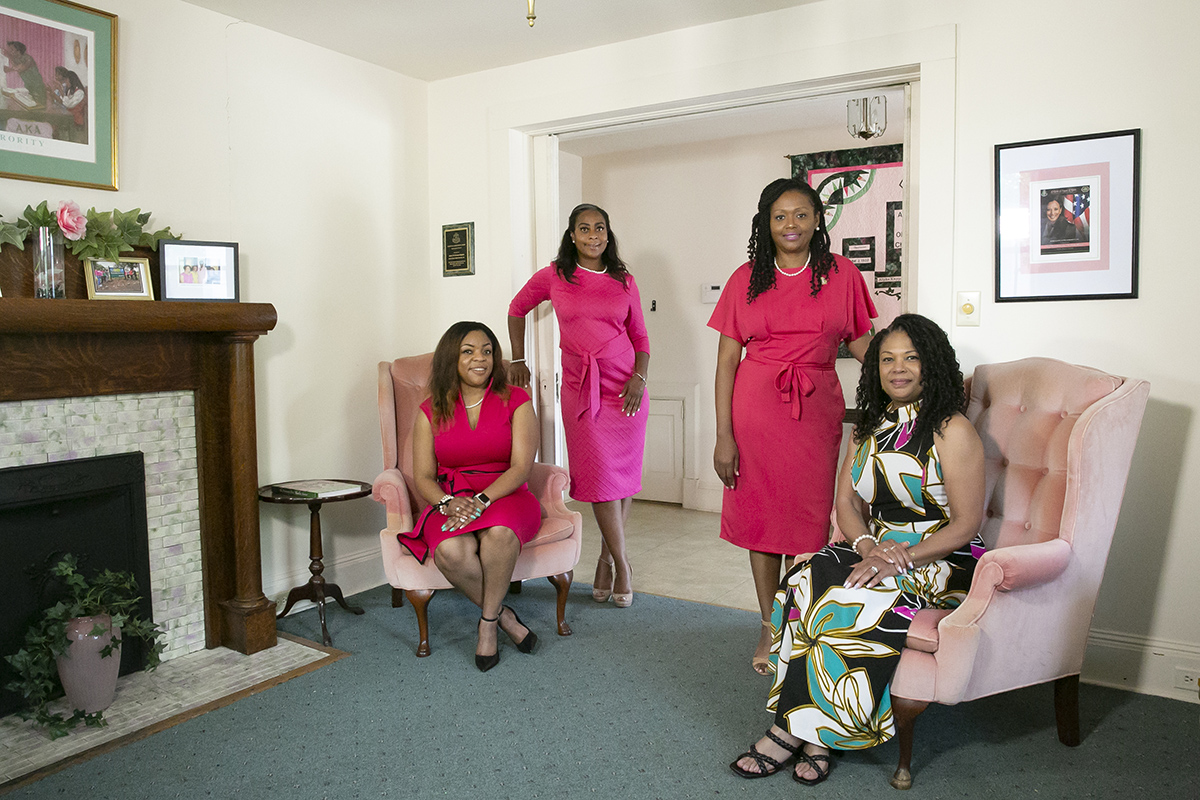 As CHRYSTAL FRAY DAVIS would tell you, we celebrate firsts because they are a mark of progress. And Davis, current president of Wilmington’s first predominantly African American sorority chapter, would certainly know about the importance of progress.

This month, Davis and the rest of her sorority sisters at Alpha Psi Omega, a chapter of Alpha Kappa Alpha Sorority Incorporated, are celebrating their ninetieth anniversary.

Over those ninety years, Alpha Psi Omega’s members have remained rooted in their pledge to lifelong service to all mankind. The historian for the organization, CYNTHIA BROWN, explains that over the decades the sorority has grown to meet the moment time and time again.

“When the chapter was established in 1932, the women were dealing with the effects of the Depression, socioeconomic disparities, segregation,” Brown says. “In the forties, there was a focus on helping with war costs, in the fifties it was allowing the community to know us and our commitment to help, and by the sixties we were working to ensure equal opportunities for women and people of color. Each decade our focus has been to serve those in need, no matter who they are.” 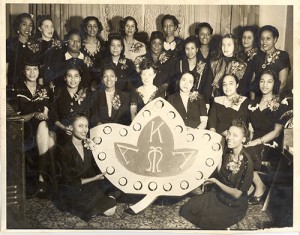 The sorority accomplishes this through several different programs and community efforts, especially those focusing on youth through mentorship.

The sorority’s current signature program, #CAP (College Admissions Process) prepares high school juniors and seniors for entrance exams, essay writing, college applications, and really anything a young woman may need assistance with when college is on the brain.

“In the early years of our chapter, most of our members were educators,” Davis says. “They had direct access to students through their work in schools. So, a lot of our programs are focused on improving the educational outcomes for students in our African American community. Often that is raising money for scholarships, and we’ve broadened that to make sure there are scholarships for cosmetology school, community college, and four-year colleges. This provides an avenue for those who may not have one.”

Former chapter president IRMA QUINN refers to that reach as, “part of the mystique of being an AKA. You have sisters pretty much everywhere you go.”

Not only are there sisters across the globe, but the sorority also is committed to rising to the occasion when there are global needs. This is on display in plenty of instances, though most recently through the Global Impact program. The program provides support and aid to refugees as well as sending goods to foreign countries and is prepared to meet the current need from the conflict in Ukraine. 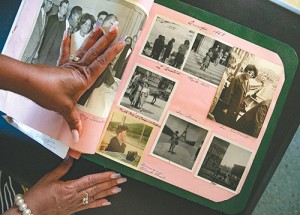 “As the world currently operates, the human race still has not overcome some of its ills,” Brown says. “An organization like ours is poised, primed, and capable of meeting complex needs both local and globally. That’s who we are.”

In regards to the local needs, Alpha Psi Omega is integrated into the fabric of service organizations throughout the city, serving in multifaceted ways. They host drives for women in need of feminine products, collect diapers for babies, and provide tutorial services to support those struggling in the school system or career-wise.

Both Brown and Davis were, prior to becoming members themselves, introduced to the sorority through its debutante program.

“To me, that was like a fairy tale,” Davis says. “Especially being a first-generation college student, I wasn’t used to formals or events like that. I had never attended something with young, African American women and men in formal gowns and tuxedos.”

The ninetieth-anniversary commemoration event may not call for debutante gowns and tuxedos, but a celebration is planned. It all kicks off with a proclamations ceremony on the steps of the historic sorority house on Red Cross Street.

“The house was purchased in the eighties, and that was a big first for us,” Davis says. “But with eighty-eight members, we’ve outgrown that house and are looking at how we can repurpose it. It’s bittersweet, though, because it was a major accomplishment when we were able to purchase that house. I’m so grateful there will be a historical marker to communicate that accomplishment for years to come.”