Vanessa Gonzalez on journey to becoming an immigration lawyer 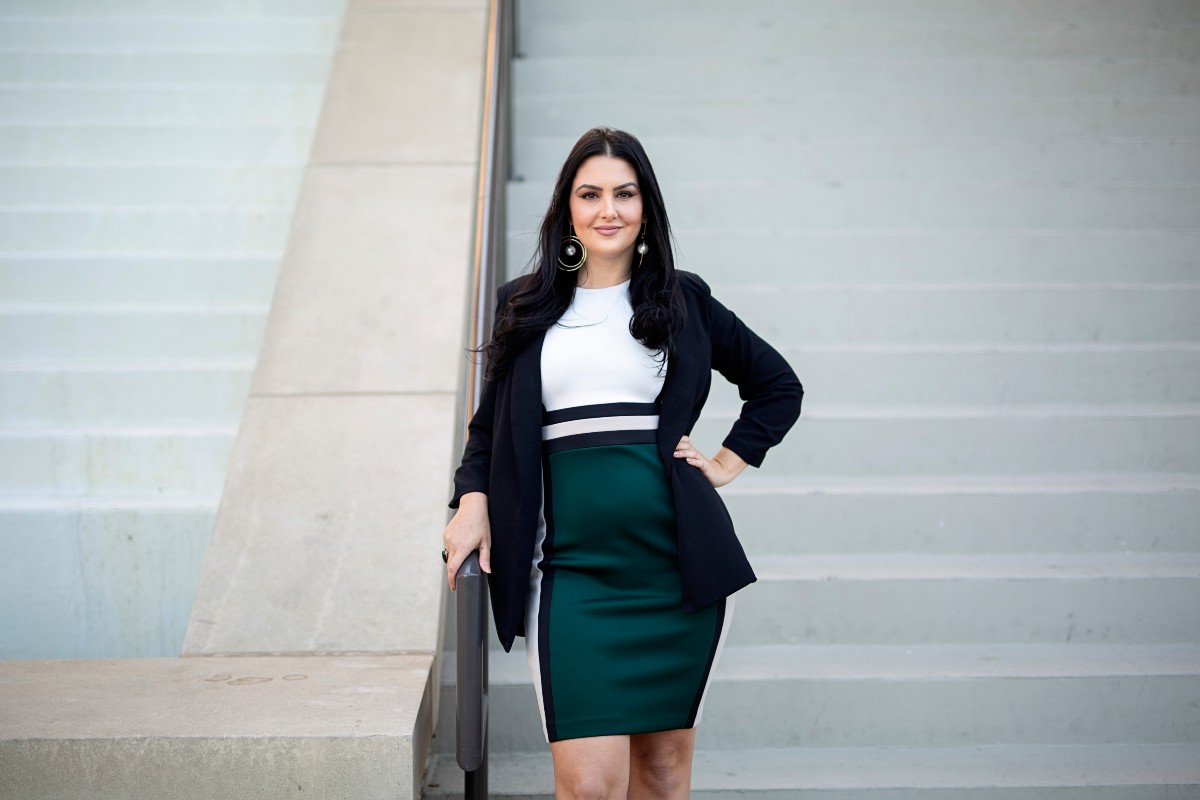 VANESSA GONZALEZ knew early on that college would be on her horizon. It wasn’t necessarily a self-imposed goal but one that her parents announced on her very first day of school.

Her parents met in the Marines, which they enrolled in right after high school. Gonzalez and her sister would go on to both be first-generation college students. On top of knowing college was in her future, her parents also indicated to her that they couldn’t afford it so she would need a scholarship.

Gonzalez was eventually able to check off both those boxes. But she did not set out with a plan to be a lawyer.

“I went to UNC Pembroke for undergrad with no idea about what I wanted to major in,” she says. “I didn’t really know many people who had gone to college, and I didn’t even visit the campus before accepting.”

She attended because the school offered to pay her tuition. “I showed up on the day of orientation/placement testing,” she says.  However, she did find her way with a double major in both Spanish and political science.

She continued on to more schooling after graduation attending UNC law school in Chapel Hill. Not because she knew at the time that she wanted to be a lawyer, but because she felt there weren’t many great job opportunities available.

“I chose law school essentially as just a next step in continuing my education, without any real exposure to what life as a lawyer might be like,” she says. Still feeling unfulfilled or fearing she had made a mistake, Gonzalez persevered and started to realize what was missing.

“First-year classes included things like property, contracts, etc. Aside from not being very interested in the subject matter, the attorneys we’d meet at events for students often seemed unhappy,” she says. “I missed doing work with people and pushing for social change.”

Gonzalez feels happier now in her current position. She is doing work that she feels is making a mark and more related to the kind she once enjoyed in her undergrad years.

“While a Spanish undergrad, I did service-learning projects in the school system to identify issues surrounding lack of resources and language accessibility and pushed for local changes,” she says. “I always intended to go into the public sphere and work for an immigration nonprofit upon graduation.”

While doing pro-bono work during law school, she began to find her niche.

“I completed over 100 hours of pro bono service, not counting my summer internships which were all unpaid working for nonprofits doing immigration work,” she says. “I traveled to the border to work with Las Americas, an immigration nonprofit, and spent two summers with the NC Justice Center, which provided me with most of my immigration law knowledge and experience.”

Her office staff—and Gonzales herself–is fully bilingual in Spanish and English. “During the workday, I speak more Spanish than English most days due to our clientele,” she says.

Gonzalez will readily admit that immigration law is one of the most challenging fields for an attorney to practice. But she is up for the challenge.

“Helping a client receive a work permit, resident card, or citizenship is the most exciting part of the job.”