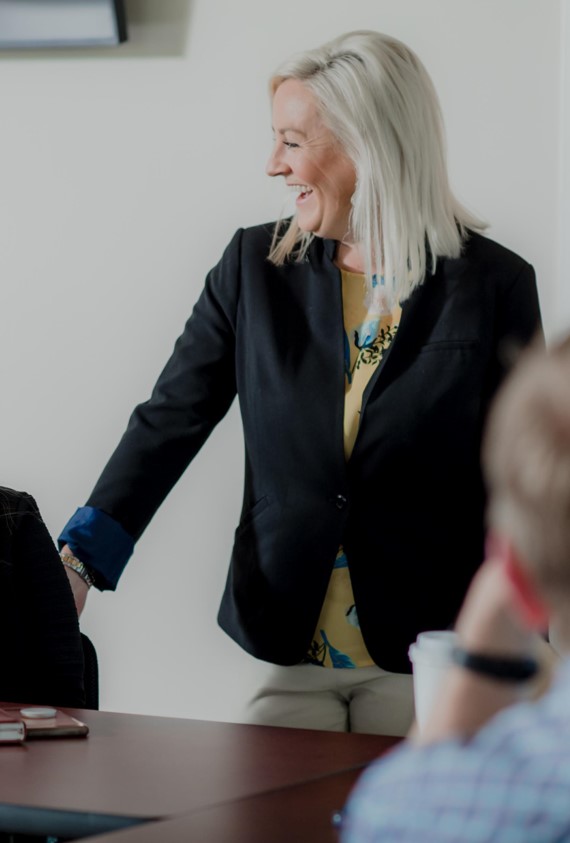 An unnecessary conflict in the workplace, as described by Leath HR Group President LISA LEATH, is a public power struggle that can be resolved in private and is a complete waste of everyone else’s time.

“People do strange things when they feel vulnerable,” Leath says.

She works with business leaders to provide HR solutions so that businesses and employees are more productive.

Leath, who graduated from the School of Labor and Employment Relations at Penn State University, has experience working with pharmaceutical companies, healthcare, start-ups, technology companies, and non-profits.

She answers questions on effective teams, roles within a team, how to approach unnecessary conflicts, and how to learn from them once they are resolved.

WILMA: What attributes make a team effective?
Leath: “Successful, operational teams start with great team members. Experiences, skills, ambition, and opinions are wonderful, but those team members have to have an environment where transparent, innovative ideas and language can be used to advance the team. Intellectual debate, openness to ideas that are uncomfortable/unfamiliar as well as collaboration and consensus are attributes of the best teams I’ve worked on.”

WILMA: If a team you are part of is not progressing or being proactive, what are some ways to steer the team in the right direction?
Leath: “Start a team meeting by reviewing the scope of the project everyone’s involved with then ask people about their individual priorities and responsibilities. Whiteboard it so you can actually see responsibilities are spread in a way that maximizes skills across team members and doesn’t overburden one person. Make sure everyone has a chance to voice their opinions and concerns.”

WILMA: Should each team member have a specific role within a team or how should the team structure work?
Leath: “In order to maintain order amongst the collaborative chaos of a great team, there should be a leader who has broad decision-making power when consensus cannot be reached. To clarify roles and responsibilities of team members, the RACI model (who is responsible, accountable, who needs to be consulted or informed) is great to deploy upon team kickoff.”

WILMA: What are the best ways for someone to approach unnecessary conflicts and seek to resolve it?
Leath: “If you recognize yourself being in a position of unnecessary conflict, get some alone time and make a plan to address the situation, behavior, and impact of your own actions and others’ in a constructive [live] conversation. Often, getting to know the other person that you’re having conflict with can be resolved by extending an olive branch – ‘I feel if we get past whatever we’re dealing with right now, we could make a great team. Want to go to lunch or grab a coffee?’”

WILMA: Are there ways to grow and learn after experiencing an unnecessary conflict?
Leath: “After experiencing unnecessary conflict, you should reflect on what NOT to say/do if the same situation ever arises again. Have a go-to diffusing one-liner. Think about how you can effectively communicate your dissatisfaction with the dysfunction. On the flip side, conflict means that boundaries are being tested. This can be a good thing, especially when you’re trying to advance a business. Just because you think it’s unnecessary, doesn’t mean it actually is, so consider the other person’s point of view.”