Outer Dunes looks to open in May 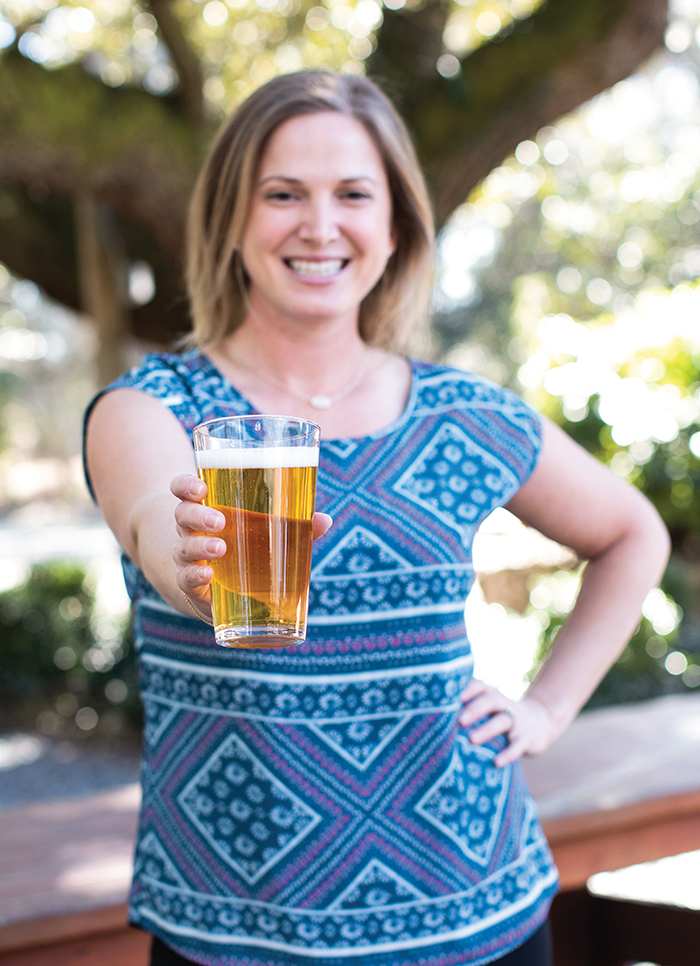 Husband-and-wife team PHIL and ELLIE MABE, both originally from the Cape Fear region, have returned to the Port City after a decade in the Lake Tahoe area to fulfill their dream of opening a brewery and event space in their hometown.

The Mabes have leased the Market Street property that formerly housed Liberty Tavern and plan to open Outer Dunes Brewing in May.

Having met at the University of North Carolina at Chapel Hill, where they regularly experimented with home brewing throughout their college years, the couple moved to Lake Tahoe after graduation to enjoy life among the area’s popular ski resorts.

Ellie Mabe quickly worked her way up the ranks of a catering company, that in addition to catering a wide range of events also operated several restaurants that she was a part of opening. It wasn’t the career track she initially anticipated, having earned a degree in mathematics, but she grew to love the challenge of planning and executing events in all types of settings.

“I grew up watching my mother plan amazing parties and events,” she says. “I know my love for event coordination came from tagging along to all the various planning meetings and stunning events she planned. I am a planner by heart, so it was a natural transition for me to start planning events in such a beautiful place like Lake Tahoe.”

While Phil Mabe continued to hone his brewing skills at several Tahoe-area breweries, the restaurant group that Ellie Mabe worked with eventually decided to open a brewery of its own, and the couple was asked to become partners in the new venture. Phil was a brewer at South of North Brewing in South Lake Tahoe, while Ellie served as general manager.

“I really enjoy the process of starting a new business,” she says. “From cleaning and repairing an old building to shopping for vendors and new products. I like to keep my finger on the pulse of every aspect of the company from day one. Similar to event planning, when you open a new location, you get the opportunity to try to think of all of the possible outcomes and hurdles and then make plans to navigate those challenges.”

Phil Mabe would remain with South of North Brewing for a couple of years before moving to a brewing position with one of Nevada’s most highly acclaimed breweries, Revision Brewing Company.

Now the Mabes are gearing up to open Outer Dunes, which will start as a nano-brewery, brewing just a couple of beers and serving a variety of drafts from other local breweries, as well as wine and champagne. The Mabes plan to eventually erect another building on the property that will allow for the installation of a 10-barrel brewing system.

“It’s going to take some time to get the full brewery operation going, which will be built on the back half of the property,” Ellie Mabe says. “But, it’s going to be worth the wait in order to preserve the beauty of the existing structures and landscaping. We love the space as it is, the character of the building, and the woodwork. When the beer garden and oak trees are lit up with twinkle lights, it’s magical outside.”

Ellie Mabe anticipates hosting a range of events at the property from birthdays and bachelor and bachelorette parties, to rehearsal dinners and weddings, as well as corporate retreats and seminars.

“I love to work with the clients to see their amazing events come to life,” she says. “It’s an incredibly rewarding experience to know that your hard work makes a dream become a reality.”

While event planning and brewing are her passions, Ellie Mabe says she continues to rely on her math degree to help with everything from bookkeeping to working with Phil on inventory tracking, flavor profiles, and water chemistry.

“I love to make spreadsheets,” she says. “Phil gives me the details he records, and I turn them into charts and graphs that can give him the feedback he needs to dial in a recipe.”

It’s this type of teamwork that Ellie and Phil Mabe have been crafting since their early days of experimental brewing. Outer Dunes is an expression of their desire to work together to create memorable experiences for others, whether it be a relaxing afternoon at the brewery with friends, a laid-back setting for team collaboration, or a special milestone celebration.