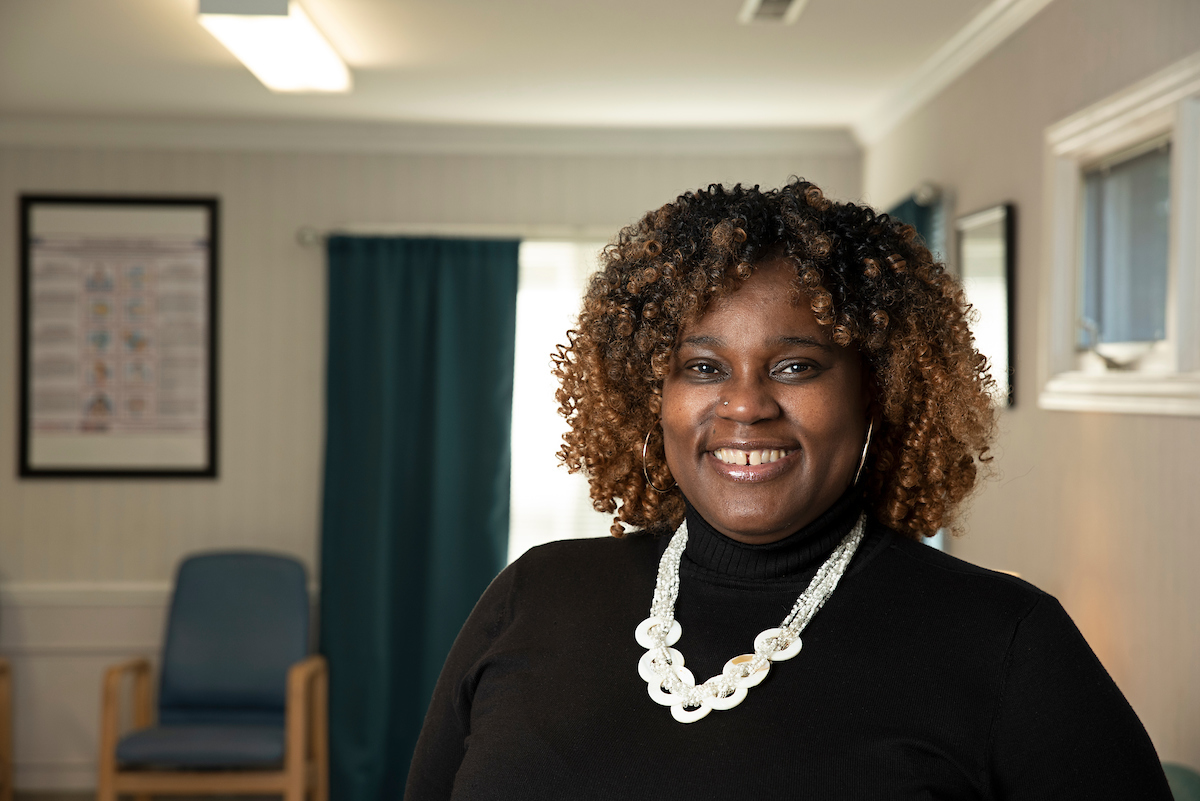 Nurse practitioner TONIA WHITLEY GRAY says it’s the Southern belle in her that made her want to come home to North Carolina after being in emergency nursing around the country for 20 years. She’s back and has opened her own private practice in Burgaw to serve the type of rural community she grew up in.

Destiny Total Healthcare is the first Black, woman-owned private practice in Burgaw, a fact Gray found out from her daughter, who saw her mother’s feat on Facebook while Gray was attending the ribbon-cutting

Originally from Wallace, where she went to high school, she didn’t give much thought about nursing as a career. After having children, she went to school at James Sprunt Community College, first to become a certified nurse assistant and later, a registered nurse. Then, thinking she would teach nursing, she received her master’s degree in nursing education at the University of Phoenix. But she missed the patient aspect of nursing, so she received her nursing practitioner degree from South University in Georgia in July, 2020.

As a traveling nurse for the last 16 years, her assignments took her to locations around the country.

“Traveling, I was able to experience different cultures and different people. But I’m a southern belle,” she says. And she wanted to come home.

Once back in North Carolina, her goal, she recalls, was to work for a doctor. After all, she’d never known a female African American nurse practitioner who’d opened her own business where she grew up. However, when PAMMELA SUE ‘PAM’ BAKER, 55, a beloved nurse practitioner and owner of Coastal Primary Medicine in Burgaw passed away,  there was a void in the healthcare services available in the small community. Gray thought she could help out by opening a business and continuing to provide quality care to its residents.

Asked if she was worried about the new venture, she replies, “I had a lot of support,” particularly from her supervising doctor, KIMBERLY GRISBY-SESSOMS, and her husband, Dr. Rodney Sessoms, who has also been so helpful to her. Her family was also hugely helpful, financially and otherwise.

“They even did a family drive to raise money to give me,” she says, adding, “My aunts, I love them.”

Gray studied the technical skills required of her job, but where did she learn the business skills she’ll need?

“I was a Zumba instructor for a little while so I marketed myself to do Zumba,” she says. “But I think I’m doing trial-and-error. I’m doing pretty well. And a lot of times, if I have questions, I do have people that are accessible to me,” including friends in nonprofits, that can help her as needed. The Sessoms, who have three practices, also help whenever needed.

Aside from Gray, there are three other Destiny employees, an administrative assistant who’s working on her certified medical assistant certification, a CNA, and a phlebotomist.

Gray’s goals are to truly serve the community, to not turn anyone away due to their ability to pay, and to educate people about living healthy lives. In many instances, she says, people in the community either can’t afford to seek medical help, they decide to wait for something to resolve itself, or they use a home remedy, which often leads to bigger problems later. In addition, many people use the ER as a primary care provider, she says.

She works with Shackle Free Community Outreach, Inc., a Jacksonville nonprofit that has an office in Gray’s building. They promote mental, physical, and psychological health and other goals.

“And they’re working on helping me get funding for patients who don’t have insurance that meet certain qualification requirements,” Gray says.

Education is a part of her business plan, too. She recently started — and is a participant in —a weight management clinic that incorporates a group walk.

“And then we could just talk and kind of be each other’s support system so that we don’t fall back to bad, unhealthy habits … We’re trying to change our lifestyle.”

She says “It feels wonderful,” to own the first Black, woman-owned clinic in Burgaw.

“I think a lot of people, when they get the education, they don’t settle into the rural areas (to work),” she says. “They go make the big money.”

But after her travels, she said it was time to come home.

“I wanted to do something for my community, and going back to school to become a nurse practitioner was the best way that I could serve my community and thank them for living here.”