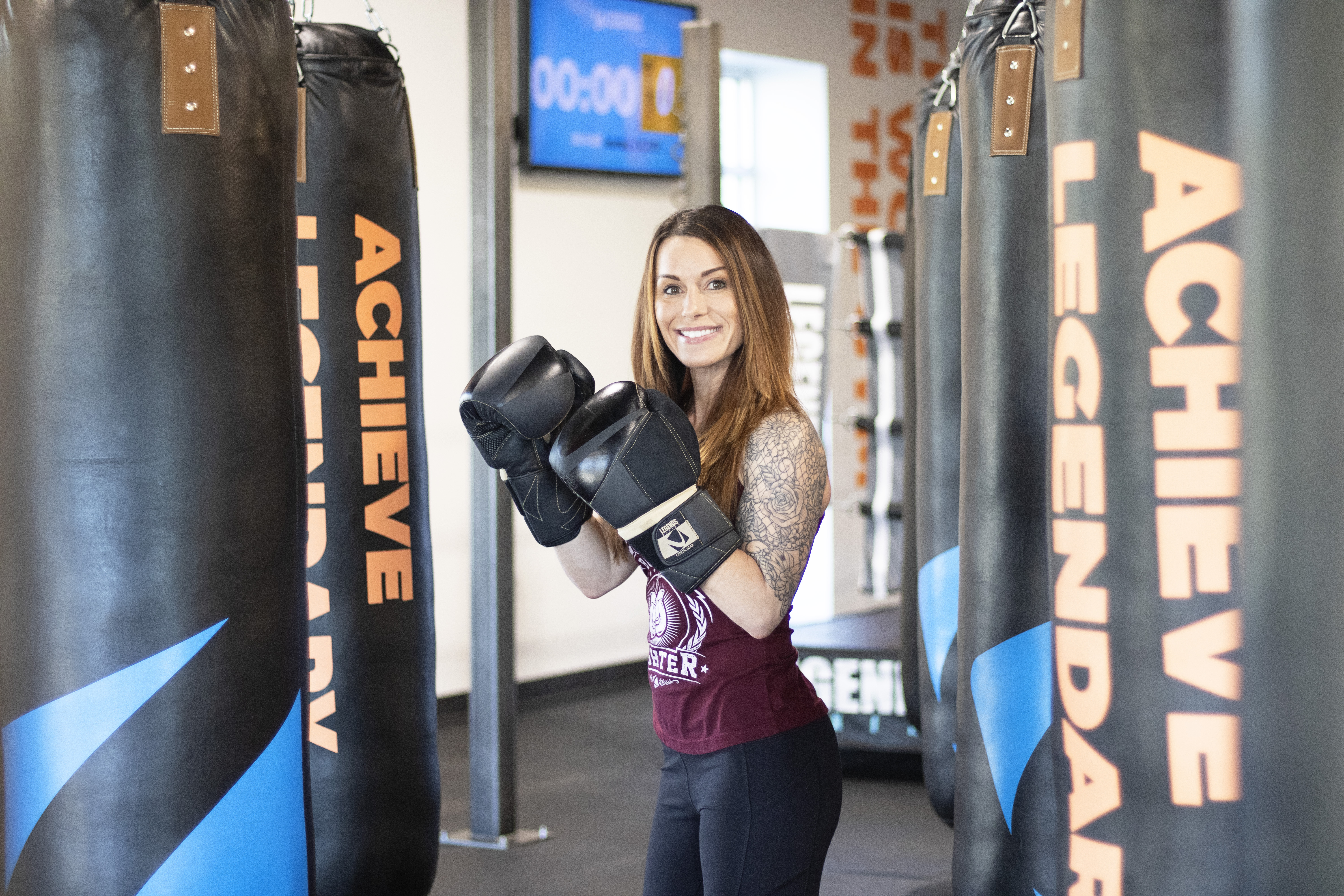 STACY STEWART, who owns Legends Boxing with her husband, Brian, has been a health and fitness aficionado for years.  Not only does Stacy Stewart work as a program manager for a healthcare software company, she has also participated in fitness challenges and runs marathons.

However, it wasn’t until she and her husband took a class at a Legends Boxing while on vacation in Utah that they found their ultimate home in fitness training.

The couple was so impressed with the gym, its fitness classes, and its supportive atmosphere that they decided to open several franchises of the fitness club, the first of which is in Wilmington at 4403 Oleander Drive.

“Legends Boxing gives its members structure, a sense of belonging, and results,” says Stacy Stewart. “We thought it would be amazing to bring this boutique boxing gym to Wilmington and the East Coast. You take your fitness outside your comfort level, but you do so in a comfortable environment.”

Legends Boxing is results-driven, and staff are committed to helping members, which include men and women, attain their fitness goals, says Stacy Stewart.

Each class provides a full-body workout, done under the watchful eye of a coach.

“We have members who’ve seen significant changes in their bodies since we opened in January,” Stacy Stewart says.

As it’s a boxing gym, classes also include instruction in USA Boxing technique. Members learn the punches, how to use their body when throwing those punches, and footwork—all of which increase coordination and power.

Members love the challenging workouts, according to Stacy Stewart. They learn a real skill, get fit, gain confidence, and feel good about themselves. In addition, they know they can defend themselves if they have to, she says.

The gym also provides sparring classes and prepares those who want to compete in boxing matches.

Another cornerstone of Legends Boxing is its welcoming atmosphere—as soon as you walk in, you are part of a tribe, according to Stacy Stewart.

During class, members, as well as the coach, go out of their way to help newbies learn the punches or perfect their technique.

“You get fist bumps at the end of class, and everyone pumps you up and helps you,” says Stacy Stewart.

Though the workouts are intense, staff makes accommodations for those with injuries or physical limitations. In the future, Wilmington’s Legends Boxing Gym will offer the franchise’s Rock Steady Boxing classes, which are designed for individuals with Parkinson’s Disease.

Stewart takes pride in seeing the gym’s members meet their goals and hopes to continue to introduce the uninitiated to the benefits of boxing.

She’s also toying with the idea of getting in the ring.

“I’m turning 40 in a couple of years, so why not?” Stewart says. “I never thought I’d be a boxer or even try it. I’d like to make a connection with this community and the women here and let them know, if I can do it, they can do it.”