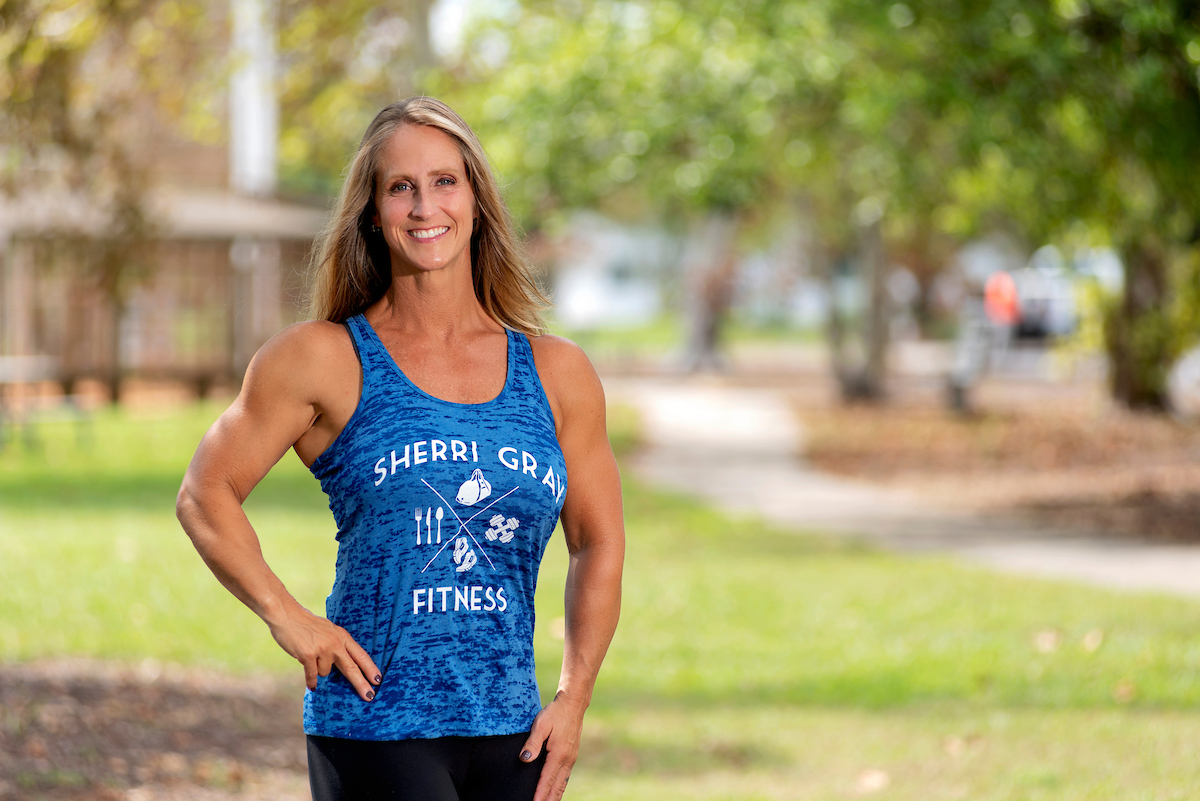 SHERRI GRAY enjoyed going to the gym after work so much that, eventually, she made it her job.

“I actually had worked at a pharmaceutical company and always worked out and whatnot,” Gray says. “But people started approaching me (at the gym) and said I could compete.”

So, in 2007, she gave it a go. Gray attended her first state body-building competition.

“I fell in love with it when I did my first show,” Gray says. “I continued on from there and loved to see the changes in my body and how I felt better.”

In 2009, Gray won first place in the NC State Fitness and Figure Championships Lightweight Bodybuilding competition (both in her division and overall). One month after her first first-place win, she continued to place second at the US Middleweight Championship.

“A few years in, I decided I wanted to start doing personal training and make people feel good about themselves,” Gray says.

For a little while, Gray lifted the weight of both jobs—as an instrumentation engineer and as a personal trainer. But for the past decade, she’s been doing the latter full-time, while bodybuilding.

Through her career, she’s competed in several major events, including the Arnold Amateur Sports Festival in Columbus, Ohio.

“A couple shows after that, I won my class (first place),” Gray says. “But you have to win overall to win your pro card.”

In 2012, she finally got that elusive bodybuilding “pro” status.

It’s been two years since Gray’s last competition, but she won’t say she’s retired just yet.

“I may step back on stage at some point,” she says. “I’m just playing it by ear.”

She continues to lead a very regimented lifestyle—daily weight training, regular cardio, and a clean diet. Gray has always been intrigued by the “science of it all”—how the body transforms depending on what it’s fed.

“When you’re training to shape yourself, you’re not worrying about how much you’re pushing (in weights,)” Gray explains. “You’re worried about hitting every angle.”

She has coached new bodybuilding competitors before, but she most enjoys training with “everyday” clients.

“They have goals as well, but they’re more realistic,” Gray says. “I just like to get people to feel good about themselves and be happy with what they see.”

For those considering a new training regime, perhaps with a personal fitness instructor, Gray says finding the right trainer is key.

When gyms temporarily closed due to COVID-19, Gray had to find new ways to provide her services.

“I started training them out of my driveway,” she says. “People seemed to really enjoy it when they were going stir crazy being at home. We incorporate weights and do some plyometrics—cardio to spark your heart rate.”

Gray continues to set training goals for herself, too, even without the lure of a trophy.

“Everyone has weak points they’d like to improve,” she says. “I think anyone is capable of changing the way you look. You just have to do the right things.”

To learn more about Sherri visit her at sherrigrayfitness.com.