Transforming a house into a home 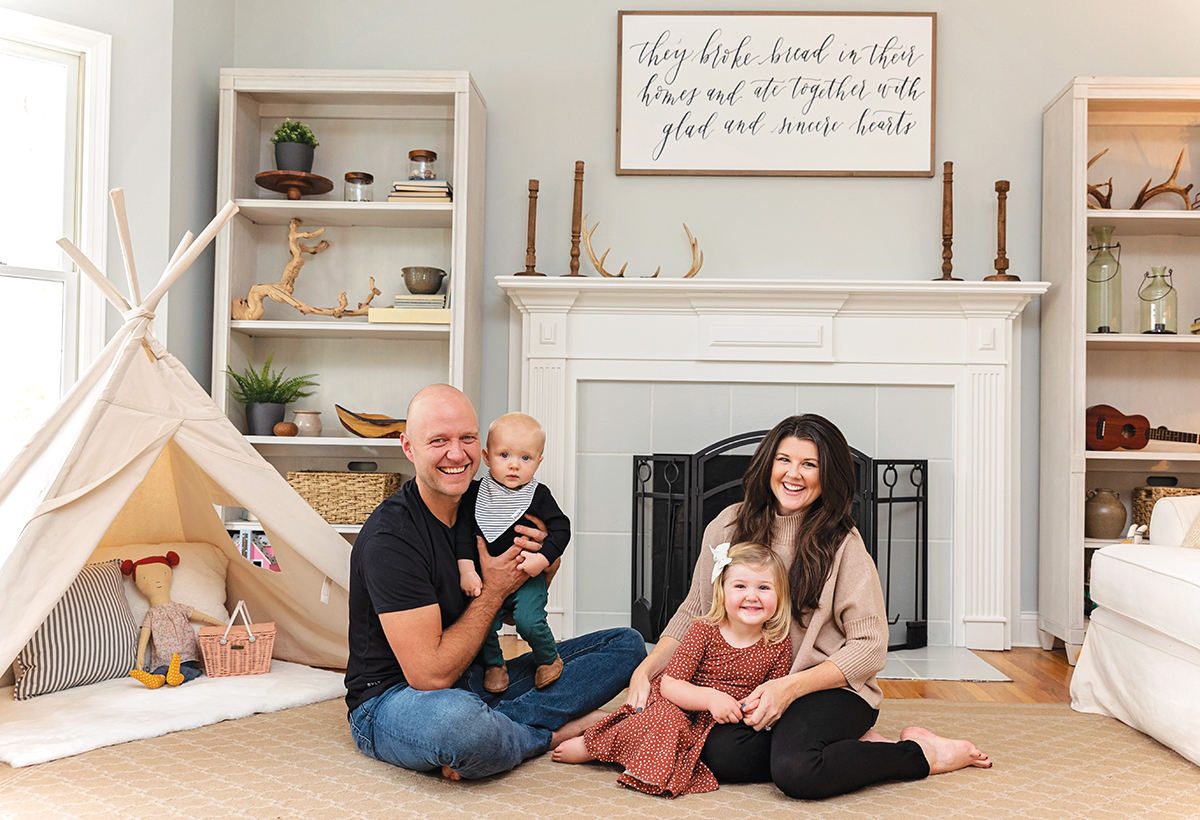 Love can make a house a home. The amount of love (and sweat equity) ABIGAIL and MICHAEL MATTIS put into their 313 Nottingham Lane property also made a much sought-after investment. 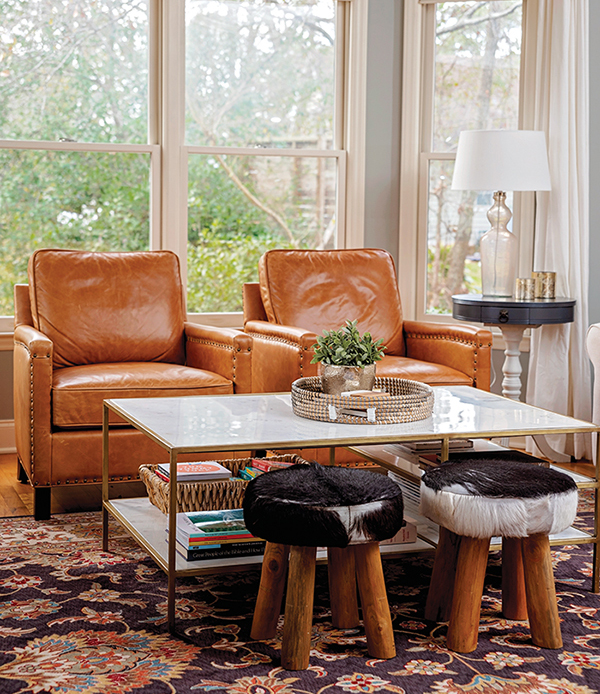 This 3,727-square-foot dwelling sits atop 0.65 acres and was customized over the course of three years. They decided to put their beloved family home on the market in February, and that day –within minutes even – had multiple offers.

There is a timeless character to the home, circa 1989 (nottinghamlane.com). With brick veneer and traditional Southern subtleties, such as a haint blue archway over the front entrance, it is a classic family home. Yet, inside, it is modern, stylish, elegant, and most importantly, inviting.

“We just took what was given to us and what we had the capability of doing, and then we were really creative with it,” Abi Mattis explains. “I love to hang my hat on that and say, you know, we put in a lot of love and effort and didn’t just come through with a bunch of money to make the space beautiful, but we were really intentional.”

This wasn’t the first time the couple flipped a house, though, the first was more by chance. They bought their first home six years ago on Masonboro Loop Road and made it into their “dream cottage.” 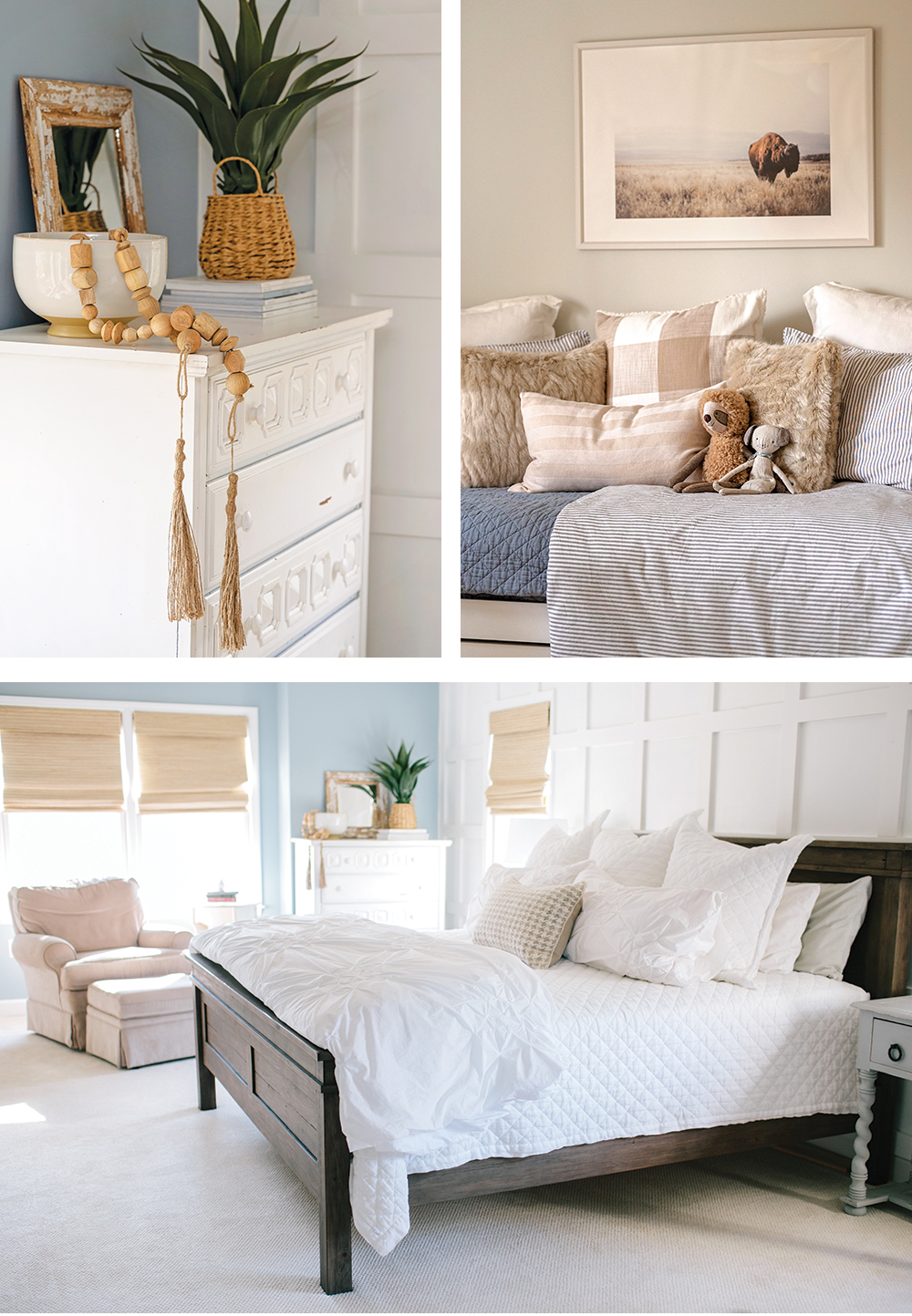 “I actually probably would have stayed there forever,” Abi Mattis says. “We had hydrangeas planted, and it was on an acre of land with a farmyard fence. We did whitewash on the brick outside, and we really just put a lot of love into that home.” 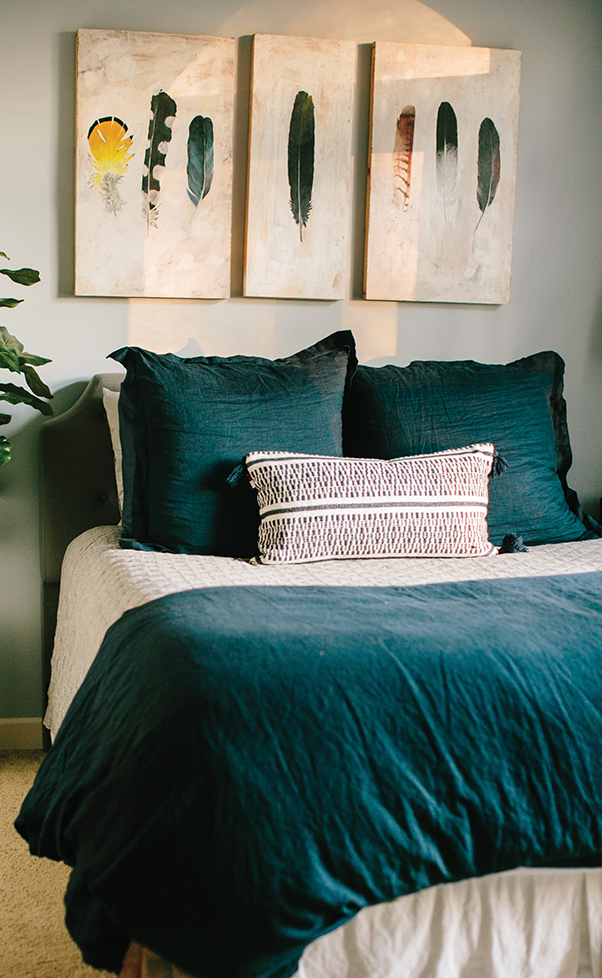 Nevertheless, the couple quickly realized they were ready to grow their family. Enter: old family friends ready to part with their brick home on Nottingham Lane.

“(Michael) actually grew up going to that house, spending the night at that house, and just great family friends with his parents in Wilmington. So, it was this perfect situation where we were selling our home and they were moving,” Abi Mattis says.

Though Abi is an artist and once part of Salt Harbor Designs, she doesn’t consider herself a professional home designer. Nevertheless, she has an eye for adding charm and character while Michael is handy enough to help execute most projects. Bit by bit, room by room, they tackled each of the five bedrooms, four baths, multiple living and office spaces one at a time. However, the most daunting challenge by far was the original trim of the house.

“I know this sounds silly, but we had a very dark cream trim painted on every window, and there’s a ton of trim in the whole house,” Abi Mattis remembers. “So, it played with us with color and how we could decorate it for a long time because we couldn’t have someone come paint $10,000 worth of trim in our house.” 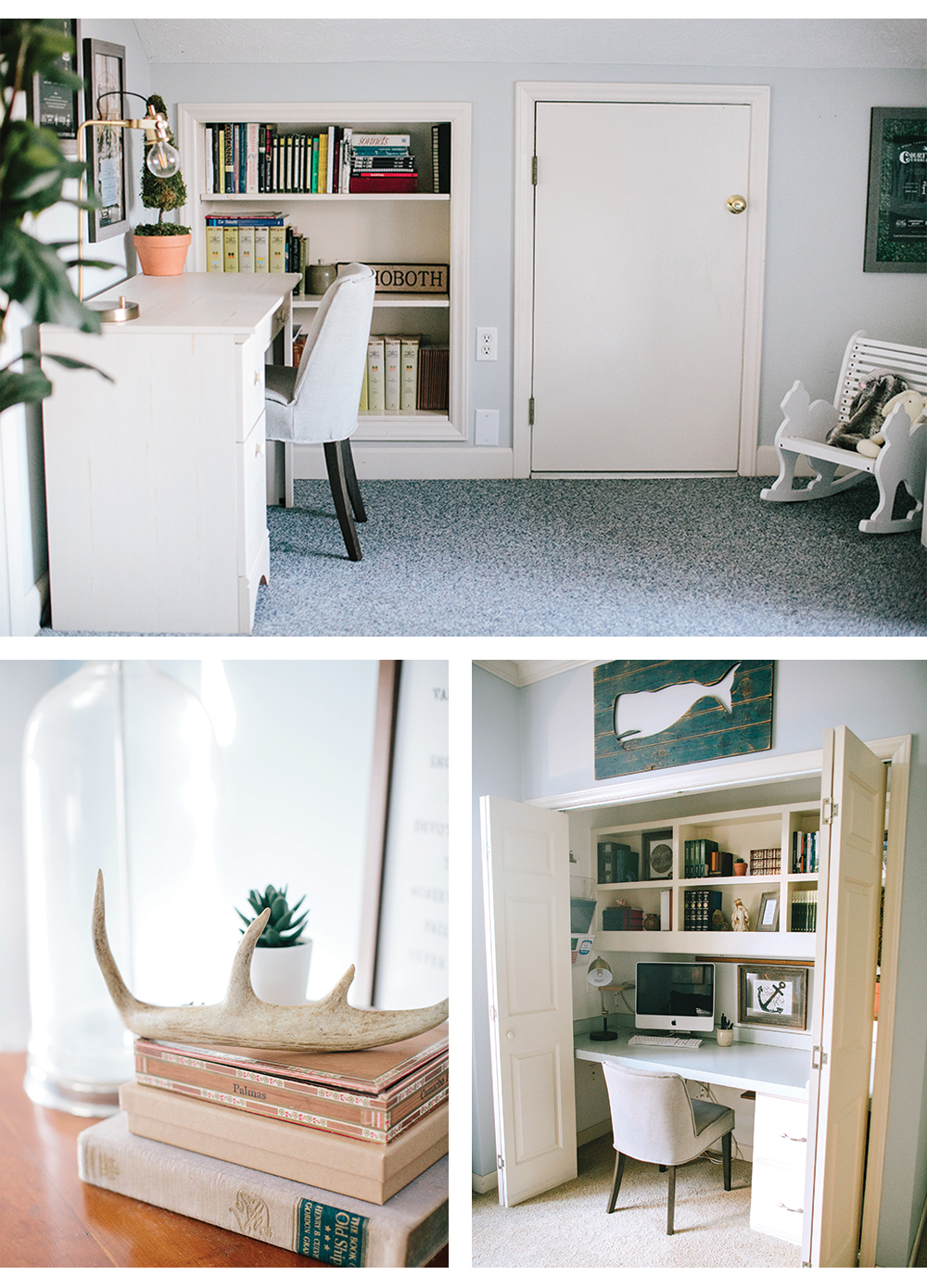 While Michael and his dad slowly but surely updated each space to a crisp white trim, Abi continuously made micro-changes – her personal secret to transforming and flipping a house. Meaningful updates do not always have to be grandiose, like knocking down walls, but rather simple cosmetics: updating light fixtures, replacing doorknobs and hinges rather than whole doors, or repurposing/refurbishing furniture rather than buying new.

It’s all about working with and not against whenever you can.

“We actually just elevated what was and made it new again,” Abi Mattis says. 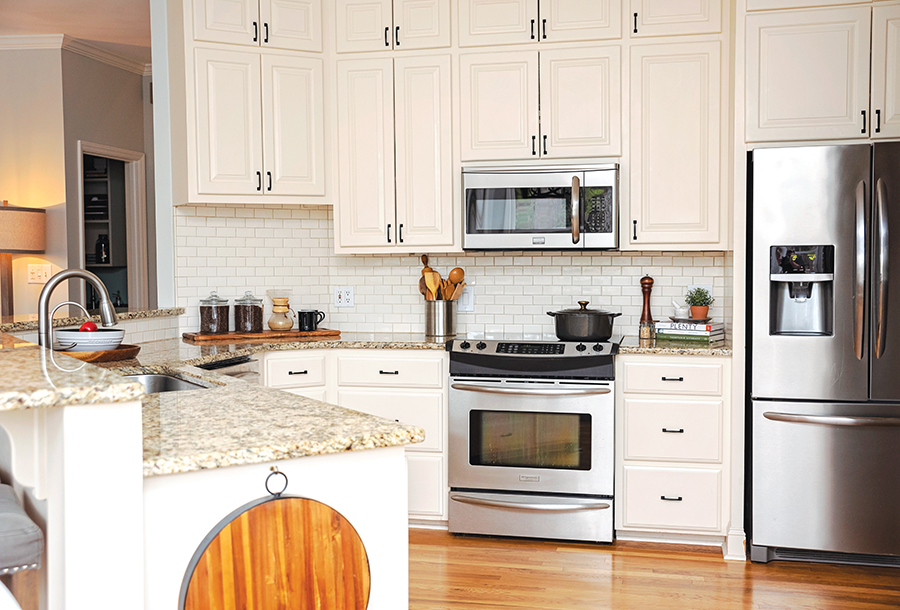 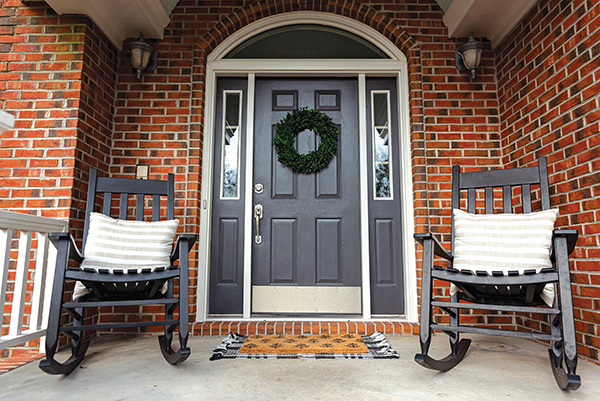 They also made the most of the spaces the house came with. Upon first moving in, for example, Abi Mattis admits to wanting an open floor plan rather than two separate living rooms.

“What we found is we don’t want to be with everybody all the time,” she says. “We want a place where the adults can go sit in a separate space from kids and actually have some privacy.”

Rather than fill it in with sheetrock, Michael Mattis also took a somewhat awkwardly placed shelving area in one living room and filled it with a built-in wine rack.

“I think what’s the most fun about our situation in our home: anybody can do this,” Abi Mattis notes. “Just taking it on bit by bit and not rushing, letting the home actually tell the story it needs to tell. Because every home is different, and you highlight the things that need to be highlighted.”

Abi and Michael Mattis made their final renovations about a year ago, right before COVID-19 made almost everyone homebound. Having finally settled into their space with a toddler and new baby, they decided to enjoy their home for a bit before selling.

“It’s really just been a safe haven for us,” Abi Mattis says. “And, we’re really excited for the next family to come through and make it their safe place and their safe haven. … I think that’s what we want to do with every home that we put on the market: be really proud of it and really feel confident in the next family coming to live there.”

To view more from Millie Holloman photography, go to millieholloman.com.