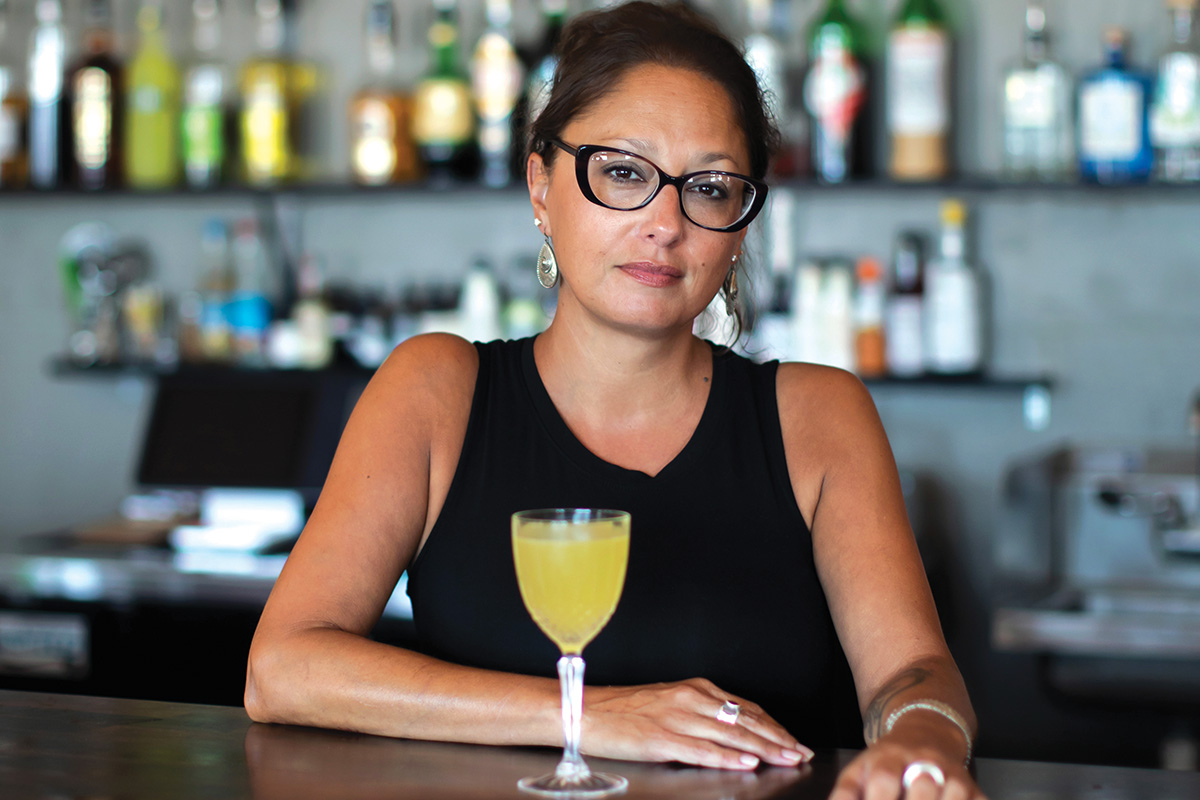 It takes a lot of courage to open a beach bar that deviates from the norm – one that serves snazzy craft cocktails in a setting that is classy rather than casual.

NICOLE ADKINS had the moxie, and talent, to do just that and launched Shag-ri La in Carolina Beach this summer. The name is a nod to the Carolina shag dance rooted in the area’s beach music history.

Adkins is no stranger to the business of bartending. She held the job in different spots throughout the country before landing a position at a hip bar in Asheville. There, she was introduced to craft cocktails. Then, Adkins became a master mixologist who created her own cocktails.

However, that wasn’t enough for Adkins. She had decided early in her career that she wanted to own her own bar.

“The goal I had in the service industry was to own my own bar, to be my own boss, and express my vision for a bar,” Adkins says.

A series of unexpected events put Adkins on the path to bar ownership whether she was ready or not. Adkins moved to Carolina Beach in January 2020 and got a job at the Coast, the site where Shag-ri La is located now at 604 North Lake Park Boulevard. Then the pandemic hit, and the Coast closed its doors after Christmas.

While many would find the loss of employment nothing short of disastrous, Adkins saw opportunity.

“I met with the previous owners and talked numbers,” Adkins says. “I did it blindly. I went in winging it. I found out how much it would cost and went from there and made it happen.”

Making it happen meant that Adkins had to do a lot of the work herself.

“I didn’t have the money to hire a crew,” Adkins says. “My crew was myself, a friend, and a small, independent contractor. The three of us did all the labor in four months. We completely gutted the space and made it our own.”

Adkins put in a lot of hard work and lived through more than a few scary moments, but Shag-ri La is everything she hoped her bar would be. It’s a place where couples and friends leisurely sip on their drinks for an hour or two or three in a charming and inviting atmosphere. 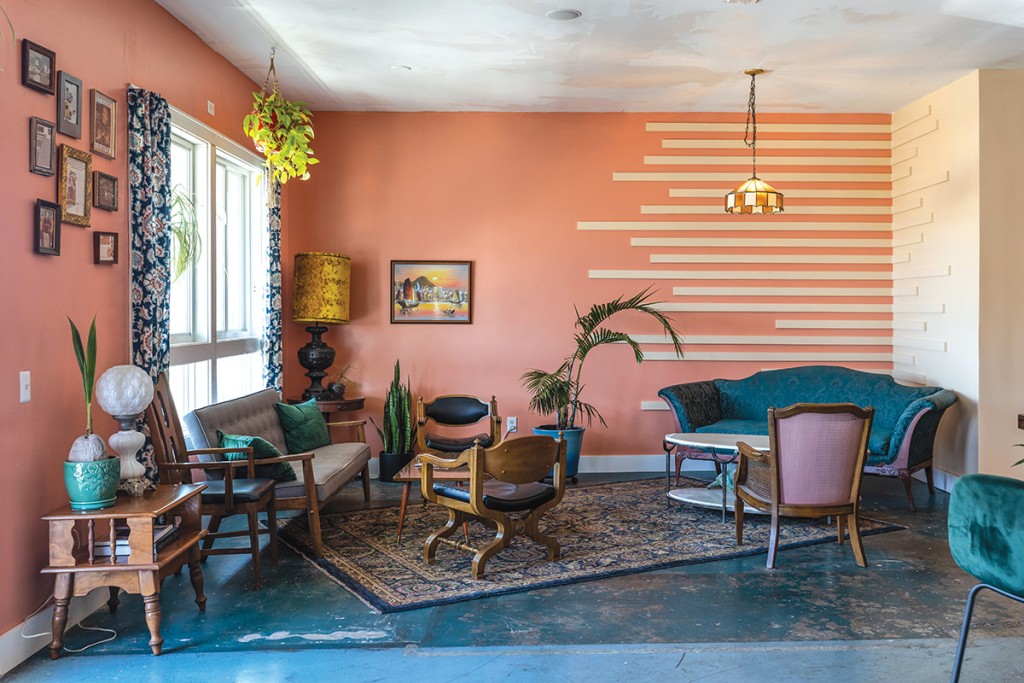 Though Shag-ri La serves traditional cocktails, hard liquors, and beers, it’s Adkins’ craft cocktails that make the bar stand out. Some of the cocktails, such as the Seedy Situation, a watermelon-based cocktail; Call Me Yellow Mellow, a light, citrusy drink based on gin and Liquore Strega (saffron amaro); and Shag Fashioned, an Old Fashioned dressed up with spices and cherry, are already customer favorites.

As Adkins is constantly dreaming up more flavor combinations for cocktails that will delight and surprise, her customers can expect a new batch of cocktails to be on the menu soon.

“I draw my inspiration from fruits that are in season and keep the drinks beachy and light,” Adkins says. “I use a lot of fresh juices and herbs. People joke that I make healthy cocktails.”

Since there aren’t a lot of options for light fare on the island, Adkins added a limited menu to Shag-ri La’s offerings such as charcuterie boards, cheese plates, artichoke and spinach dip, and other light meals.

She plans to expand the menu to include more substantial tapas dishes and Sunday brunches that feature bloody marys and multiple types of mimosas in the future.

“I serve the types of food that I like to eat,” Adkins says. “Smaller meals. People order a cheese plate and linger over it and have a good conversation for a couple of hours. It offers a more intimate experience for our customers.”

Though Adkins jumped into business ownership, she says doing so wasn’t without its challenges. In addition to budgetary concerns and supply chain disruptions, Adkins had other, less concrete factors to overcome. She was opening a fancy new bar in a small, well-established community, and she had to gain the respect of the locals as a business owner.

There was also the fact that Shag-ri La would emphasize craft cocktails, which aren’t well-known in this area.

Adkins needn’t have worried. Shag-ri La has already gained a following, and the locals often stop by to tell Adkins how happy they are that it is part of the community.

Overall, the fear, the risk, and the hard work of owning her own bar have been more than worth it for Adkins.

“I feel incredibly proud, especially when I get feedback and people thank me or are excited about my cocktails,” Adkins says. “Creating the type of environment where the locals have a cozy place to hang out all year-round was my goal.”