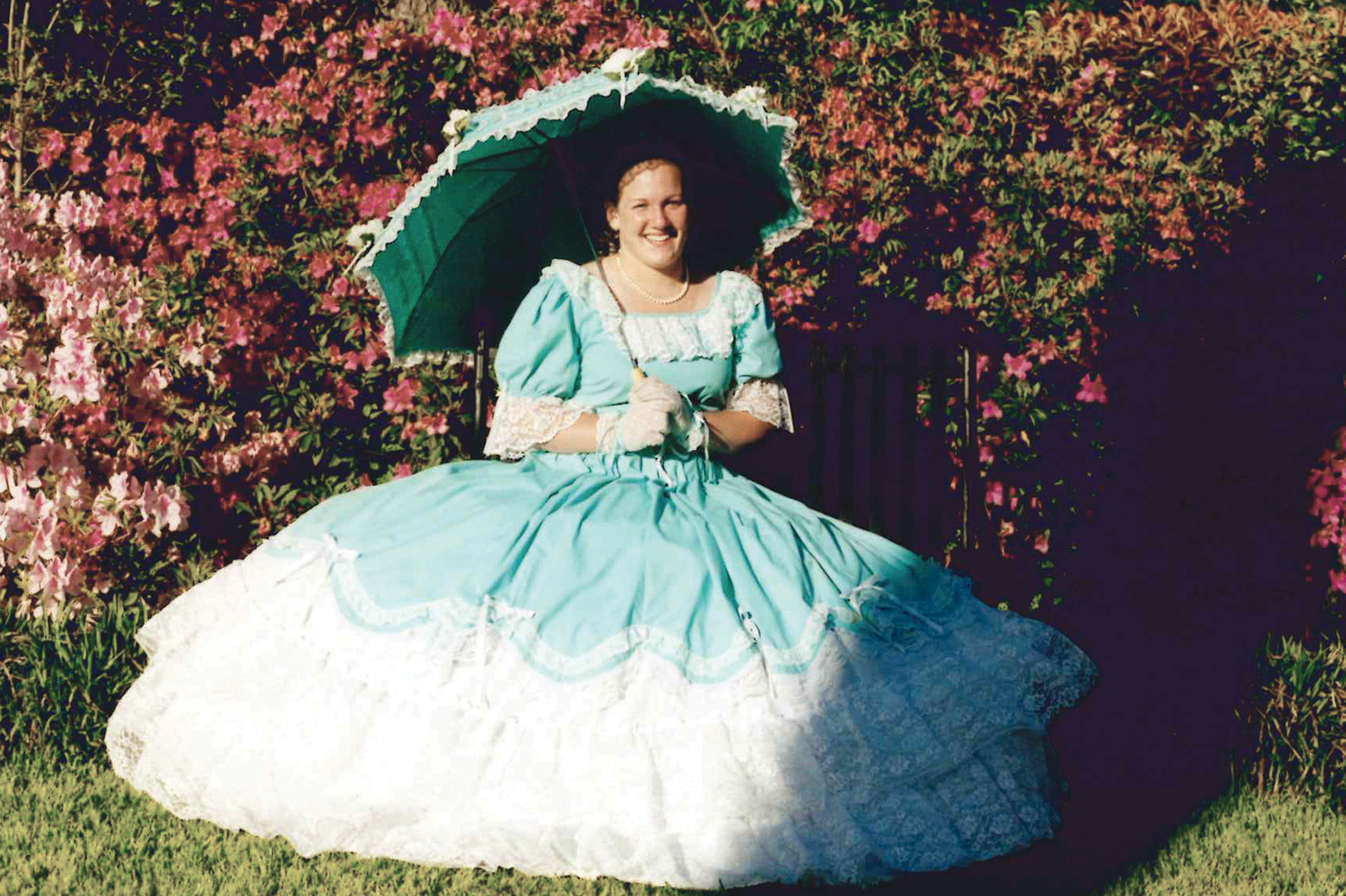 ANNA ECHOLS, owner of One Belle Bakery was seventeen and a junior at Cape Fear Academy when she was an Azalea Belle for the 2001 festival.

What made you want to be a Belle?

“My family has always had roots in the Azalea Festival. My dad was president in 1987, and my granny’s garden was featured on the Garden Tour for several years. Being an Azalea Belle was my first official involvement with the festival.”

“My biggest assignment was being one of the many Belles present at the ribbon-cutting ceremony held at the Longley house on Mimosa Place. We were all assigned a specific spot to stand in front of the house, spaced out evenly according to the color of our dresses. One of my best friends and I were positioned front and center, standing right beside the queen when she cut the ribbon. We ended up being in all the official photographs from that event and were on the front page of the StarNews the next day. I was also assigned to three different homes on the Garden Tour – one in Landfall and two near NHRMC.”

“I will never forget sitting in a crowded garden full of festivalgoers, trying to remain calm and poised while a 4-foot snake slithered its way across the grass right beside me. We were instructed to keep our voices down while guests were touring the gardens; not screaming that day might be one of my biggest accomplishments.”

“I do! I try to be as involved in the festival every year as much as possible! The past three years, I have been a part of the Chef ’s Showcase. In 2018, I was the featured pastry/dessert chef. In 2019, I hosted and assisted a visiting chef.

This year, I was part of the showcase committee and helped coordinate the chefs behind the scenes (for the event that took place February 1).

I also have had the honor of creating cakes for many of the concert artists to welcome them to Wilmington and the Azalea Festival.

My dad’s festival legacy was starting the Street Fair in 1987. I make a point to go downtown every year for that. It’s amazing to see what it has grown to be over the years.”

Thoughts about missing the festival for this year?

“The thought of seeing the azaleas come and go this year without having a festival to celebrate Wilmington is so unfortunate, but I have no doubt the next one will be better than ever.”