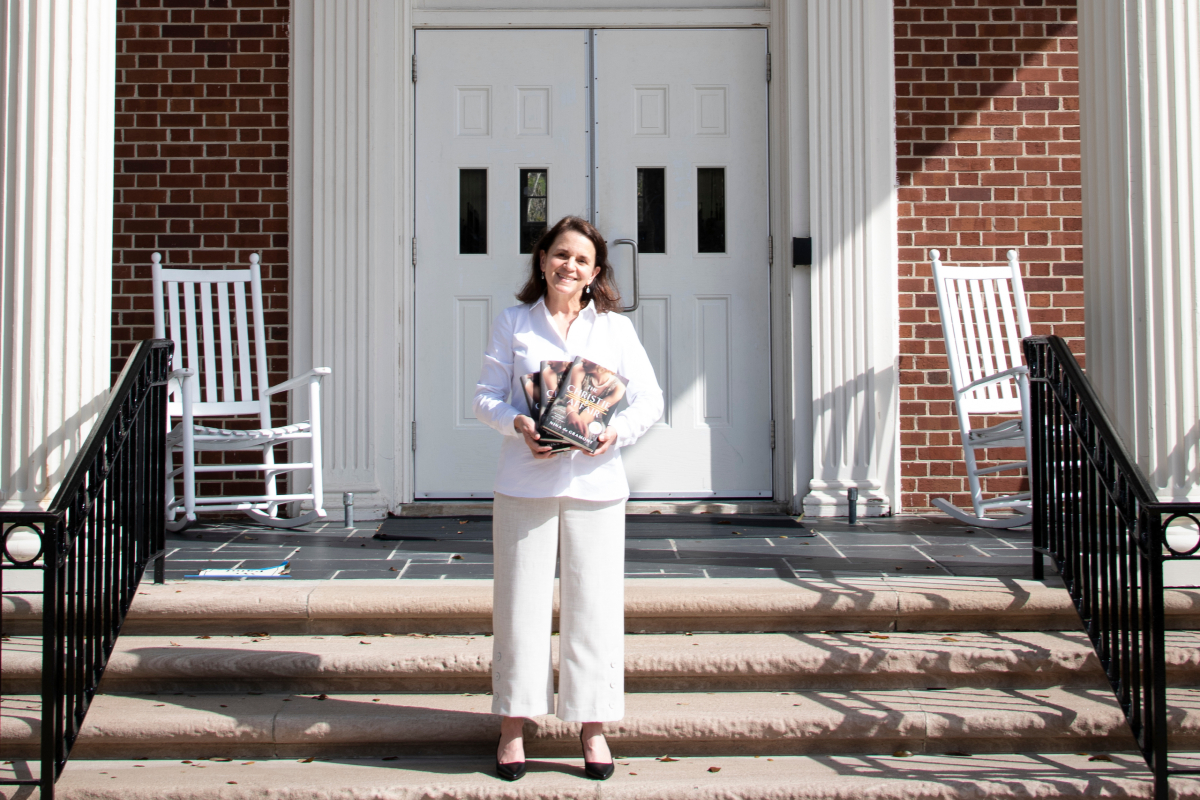 Local author NINA DE GRAMONT has reached a level of success many writers only dream of. Her latest book, “The Christie Affair,” was recently on the New York Times Best Sellers list, and it was recommended by the Reese’s Book Club by actress REESE WITHERSPOON.

The book is a fictionalized account of the eleven-day disappearance of AGATHA CHRISTIE after she learned her husband was leaving her for his mistress.

“It makes me happy and excited that the book has become a bestseller,” says de Gramont. “It’s also a validation of my work.”

De Gramont started writing as a girl, a passion fueled by her love of reading. Despite the discouraging mantra that writers can’t make a living, de Gramont was determined to do just that. She earned a Bachelor of Arts degree in English literature from Colorado College and a Master of Fine Arts degree from the University of North Carolina Wilmington. Though de Gramont started out writing short stories, she soon moved to novel writing.

In addition to “The Christie Affair,” de Gramont’s highly acclaimed books include, among others, “The Last September,” “Gossip of the Starlings,” and “Of Cats and Men.”

Some of de Gramont’s books stem entirely from her imagination, while others, such as the Christie book, are inspired by an actual event. For works that are based on a factual occurrence, de Gramont delves into research. For example, even though the story de Gramont created for “The Christie Affair” is entirely fictionalized, de Gramont says she wanted to be sure the book was historically accurate.

When de Gramont starts writing, she doesn’t worry about getting everything right immediately. In fact, de Gramont says she often writes an “awful first draft, then reimagines the book and puts it back together.

Regardless of where de Gramont is in the writing process, she never lets writer’s block get the upper hand.

By following this philosophy, de Gramont often finds that a bad writing session often yields better work than she had thought. Also, even if a piece of writing is so bad she can’t use any of it, de Gramont says it still has value–it helped her move to a place where the writing is easy.

Though de Gramont’s first love is writing, teaching is a close second. As an associate professor of creative writing at UNCW, de Gramont enjoys helping students craft their first books. The position also allows de Gramont to spend her time with people who love the same things she does. As a result, her professional colleagues also often form her writers’ support group as well as her social network.

“We talk things through,” de Gramont says. “We bandy ideas about. It helps to be around other writers and a group of friends who care about what you care about.”

Though de Gramont is pleased with the success of her books, and especially “The Cristie Affair,” it’s the craft of writing that keeps her going.

“It’s the work itself that I find most rewarding,” she says. “It’s truly gratifying.”