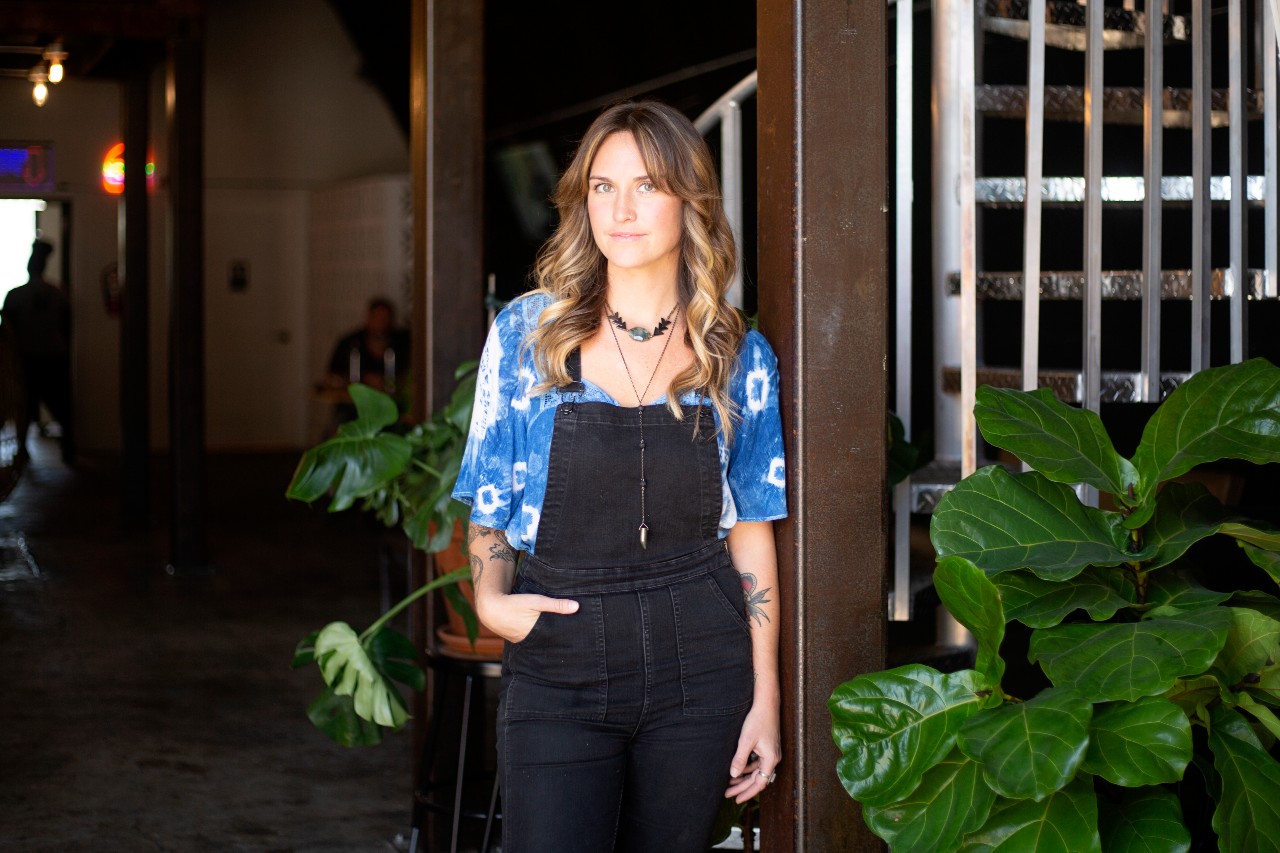 Yoga, jewelry design, art—all these words encompass what local artisan RACHAEL KINSEY is about. The artist landed in Wilmington in 2017 and her artistic talents have flourished in the area ever since.

After a “decade of chasing the American dream,” she left the West Coast for Wilmington to be close to family and raise her son. During her first year here, she devoted herself to yoga and motherhood. After deciding she wanted to dive deeper into her yoga practice, Kinsey went to Asheville Yoga Center to complete her yoga teacher training.

While there, her “yoga and art concept came to fruition.” Kinsey decided to wed her art school background and newfound passion of yoga and started teaching kid’s art and yoga workshops at terra sol sanctuary.

“It was amazing to see children tap into their own magic through the art and yoga experience,” she says.

Kinsey then spread her love of kids and yoga further by partnering with Yoga Village, a nonprofit that brings yoga into public schools. She has spent the past two years implementing yoga and meditation programs into Wilmington public schools and afterschool programs.

While also teaching yoga, Kinsey makes and sells her own jewelry.

“I have been making jewelry since I was a child,” she says. “It then evolved in art school where I began selling it out of the trunk of my car.”

Her hobby really took off when she moved to Hawaii after college. “I got a gig making custom jewelry for ABC’s TV show Lost.”

The inspiration for her jewelry design comes from the earth, sea, and stars. “I incorporate materials from nature’s bounty, with gemstones and naturally dyed fibers that carry life and the magic of living things.”

For Kinsey, jewelry making is an outlet. “Making jewelry is a sacred practice I keep intimate because it’s how I face life’s chaos and stress,” she says. “Making jewelry feeds my soul so that I’m able to serve and give effortlessly.”

One of her proudest accomplishments so far since coming to Wilmington is Project Social, a DIY + Wellness Workshops business.

“I wanted to create a community-driven organization for adults and children for creative exploration through yoga and the DIY experience,” Kinsey says.

She began her Project Social journey by offering adult craft camp at her favorite neighborhood watering hole, Flytrap Brewing, a year and a half ago.

The camps cover different projects, tools, and materials, and each time you take home a finished piece and “the inspiration to keep your craft game going strong.”

Kinsey and her son, Kyuss, love going on nature hunts to gather driftwood, flowers, and shells for camp.

They sometimes spend weeks pressing and naturally dying materials for campers to infuse into their creations. Kinsey also has a menu of DIY and yoga offerings available for private events.

“Craft camp is a place where adults can check out of their day-to-day, ditch their cell phones, and immerse themselves in self-love and creative expression while connecting with old and new friends in the community,” Kinsey says. “The classes are mindfully sequenced, but they add in moments of playfulness to allow campers to let loose, have fun, and ignite their creative spirits.”