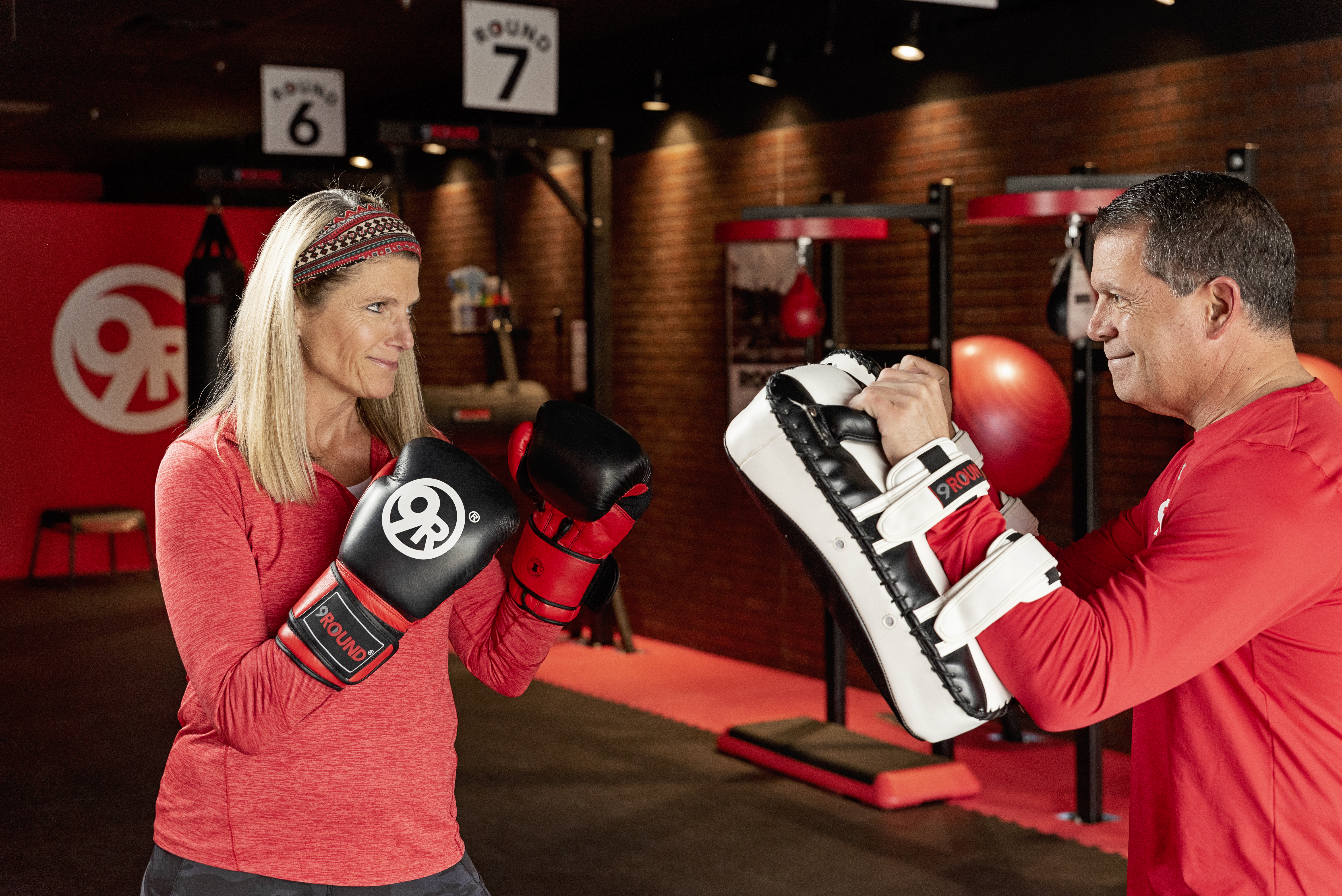 It’s been eight years since LYNNETTE SPINELLI was introduced to a kickboxing circuit called 9Round. A busy teacher, she visited the franchise because it fit her work and home schedule and she loved it.

She ended up becoming a trainer at a Charlotte gym, and later managed a gym.

In the meantime, her daughter Claudia was playing softball at the University of North Carolina Wilmington, so the family was spending a lot of time here.

“We fell in love, and noticed there wasn’t a 9Round here,” she says.

Her kids kept encouraging her to open a Wilmington location.

“We talked about it for three years, and eventually decided it was a good opportunity for us,” she says.

Spinelli and her husband Perry opened their first location on Market Street in February 2018, then a second on Masonboro Loop Road in February 2019, and they are in the process of opening the third on Eastwood Road.

With this move, Claudia has joined the family business.

9Round is a 30-minute kickboxing-themed circuit workout, although it incorporates other moves to be a total body workout.

“It’s a fitness program with a kick-boxing theme,” Spinelli says.

Workouts are done in nine rounds of three minutes each. Unlike many other circuit programs, there’s no rest in between rounds.

She attributes the workout popularity to several aspects. First, as it was attractive to her, it’s done on your schedule, not the gym’s.

“There’s no such thing as being late (for class),” she says.

The workout is posted on a board for all to see and changes every day, so boredom from repetition doesn’t happen. Also, because it’s planned out, the client doesn’t have to worry about setting up the circuit. It’s done for them.

Trainers are there to make certain each client gets help if they need it, to make sure form is correct, and to teach, Spinelli says.

“We try to keep it upbeat and fun for our members. It’s a small gym, so it’s a fun atmosphere, and a real high energy environment,” she says.

The combination of circuits includes jump rope, weights, kicks and punches on varying bags, and hand-to-hand with a trainer using hand pads or shields.

“There’s work with a speed bag which is pretty cool,” Spinelli says, “… and one round is core-focused.”

Also, the routine is scalable, she noted.

“We have members who haven’t worked out in years; they work at their station at their pace,” she says.

“The technology tells us if they need a break. We focus on teaching people how to breathe efficiently and effectively to control their heart rates a bit,” she says. “Yes, it’s high intensity, but you can work at your pace.”

Not only a physical workout, kickboxing can also provide a way to unwind and vent.

“Kickboxing is an incredible way to relieve stress,” Spinelli says. “We live stressful lives, and people are busy, so the workout is very appealing that way. We hear that a lot. People walk in and say they need to punch something.”