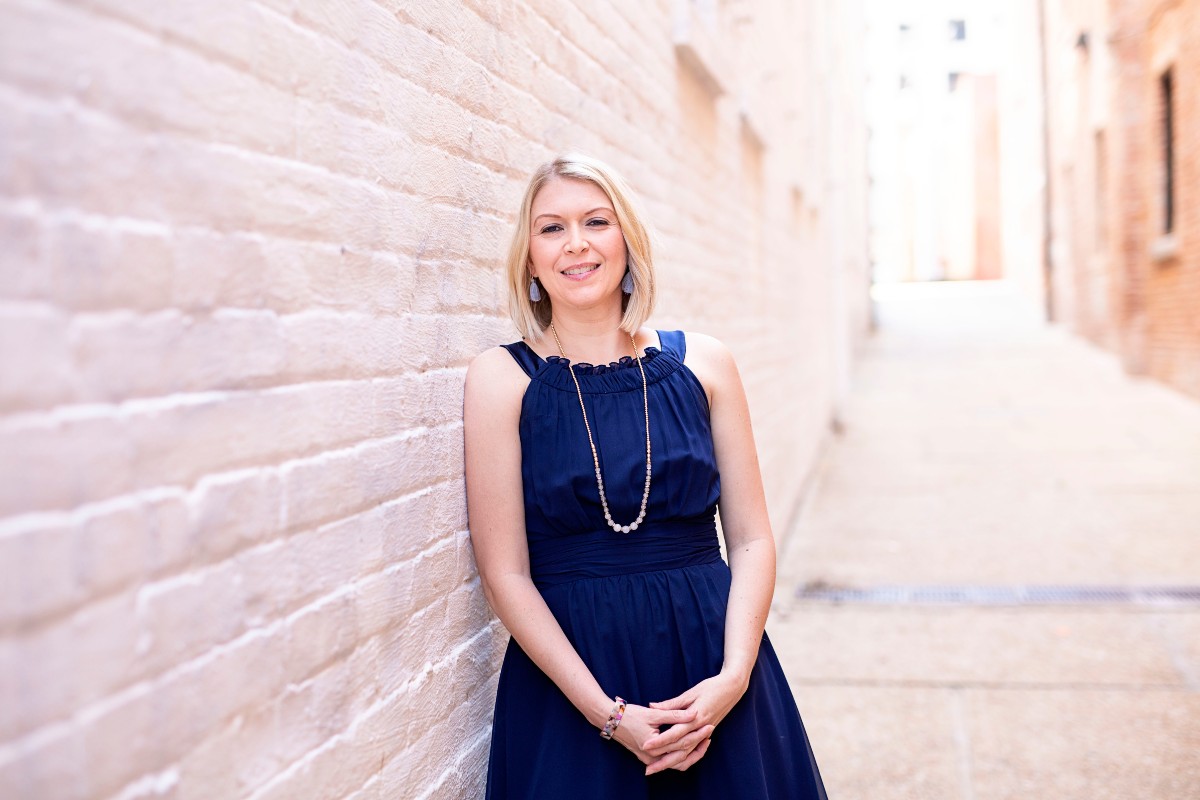 When SARAH BON was asked by her husband to join the “dark side” she thought she would hesitate, but surprisingly, she did not. By “dark side” she is talking about making a leap from journalism to marketing.

Turns out, for Bon, it wasn’t much of a leap. She soon discovered she could still incorporate her journalism skills in her new path. A former journalism major at the University of Tennessee, she worked for seven years at a variety of publications as a writer, reporter, and editor, including the Greater Wilmington Business Journal and State Port Pilot. Sarah and her husband, Stephen, started Bon’s Eye Marketing eight years ago, which works with companies to help them stand out and influence their target markets.

Sarah Bon took the leap and realized that telling the story of a business was much like the stories or subjects she once wrote or reported on.

“Marketing a business consists of asking a lot of questions and digging deep,” she says. “Then you have to tell that story in words and visuals (social media, blogs, website, ads, videos, print pieces) to consumers to help a business grow.”

Bon’s Eye also provides logo design, print, and ad design, along with PR strategy, video production, and web development. Working alongside her husband, the company has taken on businesses such as Clean Eatz, Going Beyond the Pink, and the Cape Fear Collective. So, were there any regrets when her husband asked Sarah Bon to come to the “dark side”?

“We actually met at our first job, working at a little community newspaper in North Carolina. That was nearly 20 years ago,” Stephen Bon says.

Clearly, they are no strangers to sharing an office and a home. “I honestly can’t imagine what it would be like to not tackle deadlines with Sarah,” Stephen Bon says. “I really admire her brilliance, empathy, and composure — she’s the real deal. Not to say it’s always hugs and high fives though.”

The couple relies on six other members on its team to pull off their projects. “My favorite projects are the ones that involve our entire team,” Sarah Bon says. “We all wear multiple hats, but everyone has their specialty.”

“And when we can work on a project where we each get to use that skill set, it brings out the best creative ideas and results,” she adds.

“Our ‘living brand’ approach accentuates three humanizing brand elements. They include mind, body, and voice,” she says. “We define what an audience needs to feel, see, and hear to connect with a business.”

There are a lot of moving parts behind branding a campaign. And it takes a team approach, which Bon’s company happily utilizes. “While people usually only see the end product, there’s a whole lot of vision, skill, and time that go into pushing an identity piece across the finish line,” she says. “Every element is a part of a greater story, designed to inspire buy-in and action from its audience.”

Once Sarah Bon finds her story to tell with a brand, the goal is to give it life. She believes great brands grow beyond the products or services they sell.

“They embody human characteristics and foster experiences that resonate with their audiences.”