A Way to Give 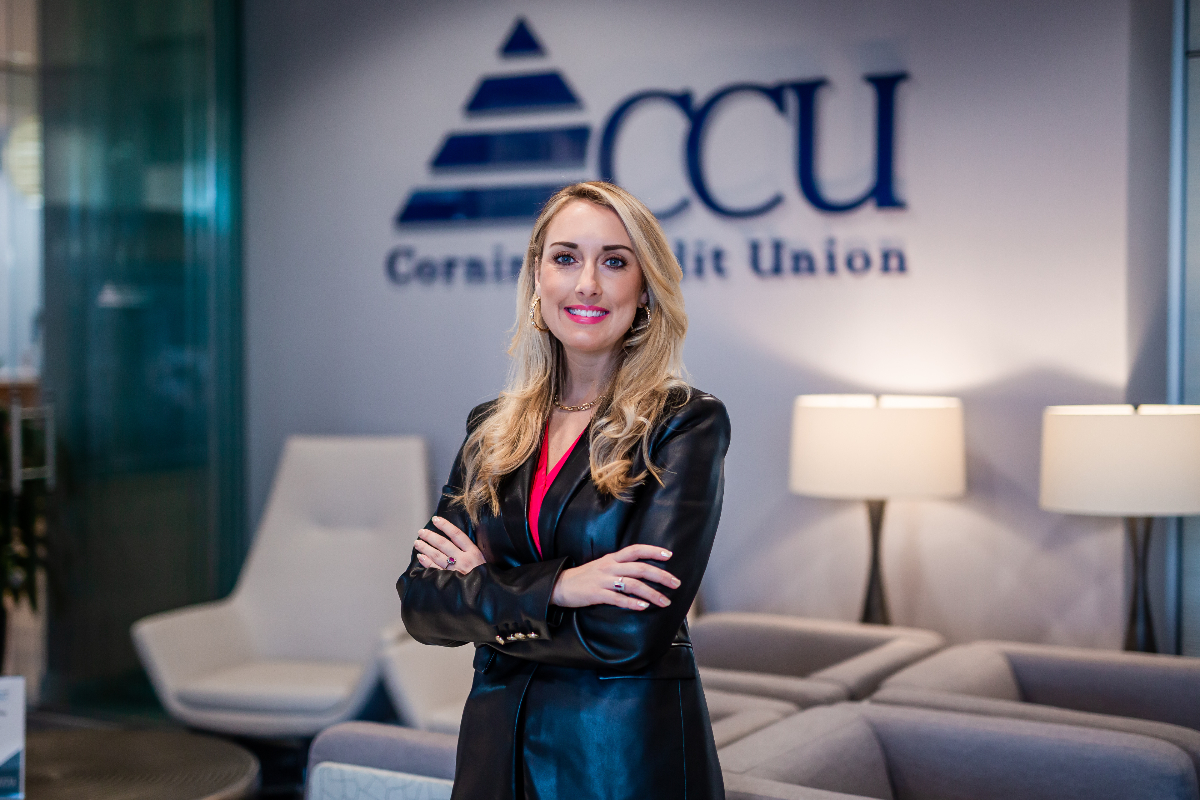 Through her job, ANDREA TROCCIA has found a way to combine what she enjoys about her career with what she enjoys doing outside her career. As a market development manager at Corning, she builds relationships and works with people, and employs those same skills while volunteering in the Wilmington community.

When she arrived in Wilmington in 2010 due to her husband’s job and the folding of a family business, she looked for a place to land herself.

“I banked with CCU, and upon relocating, applied and accepted a position starting out as a member service representative,” she says. Most of her time at CCU has been spent as a branch operations supervisor until she accepted the role of market development manager in February 2019.

After settling professionally, Troccia was on the hunt for a way to get involved.

“When I first moved to Wilmington, I noticed right away that the people I was connecting with were passionate about giving back and volunteering,” she says. “I wanted to get involved, but I didn’t know where to start.”

An opportunity presented itself when Corning decided to participate in a United Way corporate campaign. That began a relationship.

“I had the opportunity to learn about the United Way and the area nonprofits they serve,” she says. A few years later she was asked to join the campaign committee and she has now have served on the cabinet for several years.

Troccia was amazed by the passion and dedication of the United Way staff. This was particularly evident after Hurricane Florence. “That was the moment when I knew I had found my place and wanted to get more involved,” she says. “They stepped up and were here for our community in such a big way, when we needed it most, and their own needs were put aside to serve others.”

She has been selected to serve as the chair of the campaign cabinet starting in June of 2022 and is anxious to see where this year takes the organization.

Additionally, she and her team at work enjoy volunteering together at various nonprofits in the Cape Fear area. They participate in several annual initiatives, such as Salvation Army Angel Tree, Stuff the Bus, and Work on Wilmington.

And, yet, the volunteering does not stop there for Troccia. Applying interviewing skills she uses at work, she conducts mock interviews at Step Up Wilmington. “I wanted to use my strength to help others,” she says. You can also add Nourish NC to her list of charities. “Once I learned about its backpack program, I was hooked,” she says. “As our area continues to grow in population, food insecurity becomes an even bigger concern, and Nourish NC is doing everything that they can to fight hunger in our area.”

After a day of work and helping out in the community, it is evident that neither takes its toll. “When you are passionate about something, it doesn’t feel like work,” Troccia says.