Robin Freeman on the roots of her landscaping firm 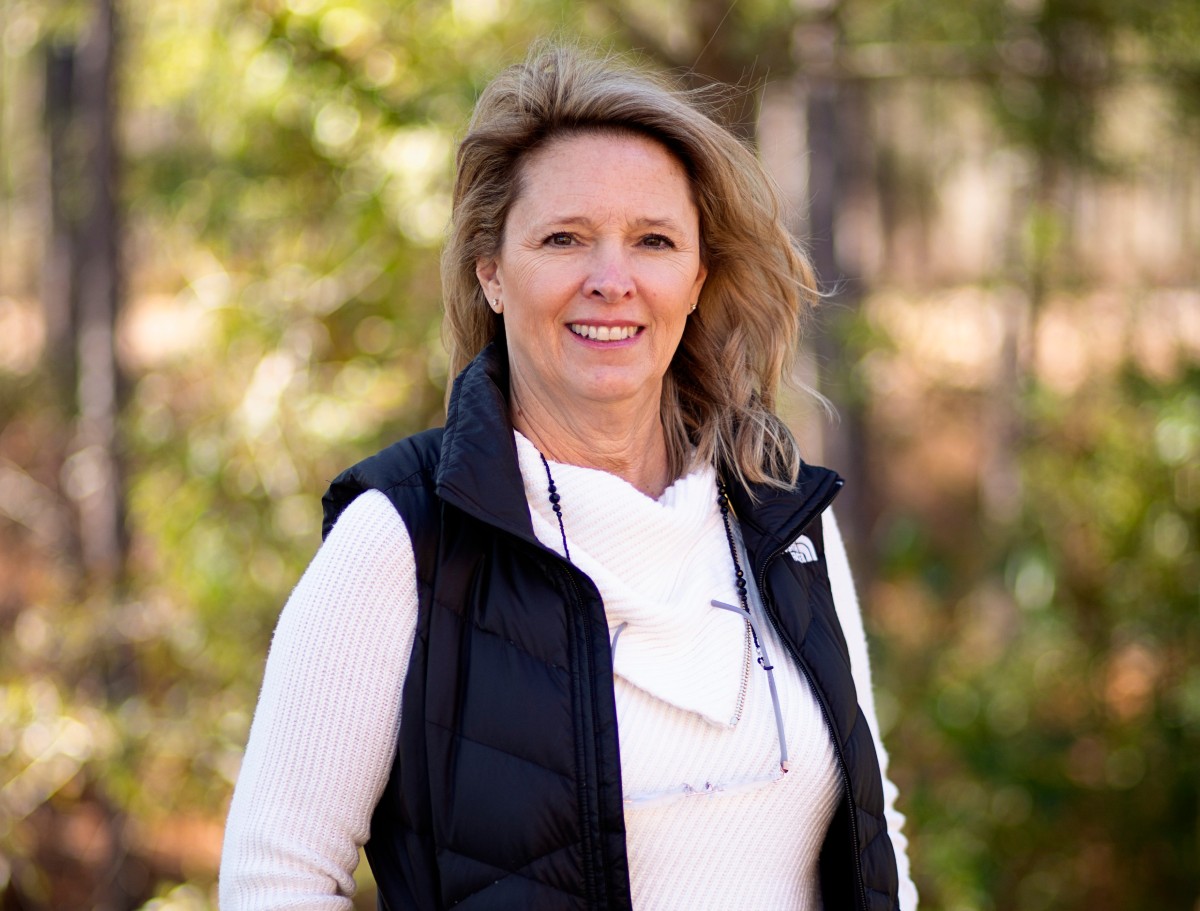 ROBIN FREEMAN grew her landscaping business from the ground up, you might say. Her father, who owned a grading company, plowed that ground, sparking her interest in property development. Her husband, a horticulturist, planted the idea.

Freeman herself studied computer science and accounting at the University of North Carolina Wilmington, so she had the business and technology skills to nurture the company.

Freeman met her husband, JIM FREEMAN, in 1990, soon after he moved to the Wilmington area. His experience in the nursery business coupled with her familiarity with land development got them talking about starting a landscaping company.

With three employees, a dump truck, and a handful of clients, the two launched Freeman Landscape Inc. in 1992 with Robin Freeman as full owner. She has continued as sole owner since then, although her husband is an integral part of the endeavor.

“We got very blessed by the community and were given opportunities and built relationships,” she says. “Our forte is commercial; 80% of our work is in the commercial market, in both installation and maintenance.”

One notable client in the Freeman portfolio is Live Oak Bank, for whose campus the company has created a natural look that complements the buildings’ wood-and-glass exteriors. Another client is developer Steve Anderson owner of SAMM Properties; Freeman has done all the landscaping and irrigation for all six of Anderson’s Offices at Mayfaire buildings.

The company has worked extensively at UNCW and continues to bid for new projects there. Its work can be seen also along North Third and Water streets in downtown Wilmington and at the Wilmington Convention Center.

“The North Waterfront Park is going to be a crown jewel,” she says, adding that Trinity Landing, a senior living community on the Intracoastal Waterway, will also be a nice addition to the community. Freeman Landscape’s work on the latter will start in April; the park project will probably ramp up next fall.

While the company also does residential landscaping and irrigation systems, most of its residential projects are in tandem with custom builder Herrington Homes. It undertakes occasional projects for individuals when their schedule allows.

“We do hardscapes where people want a facelift for their yard,” she says. “And we address drainage issues. There are more drainage issues with (increasing) development.”

Not quite three decades after its founding, the company boasts 32 trucks and employs an average of 85 people year-round. It maintains separate crews for its landscape installation, irrigation installation, and its maintenance work.

An important asset is Freeman Landscape’s 16-acre nursery on Gordon Road, which allows the company to purchase plant material in advance and store it, allowing the company to take advantage of attractive pricing and to avoid ordering delays.

“Plant material is like any other commodity: it’s based on supply and demand,” Robin Freeman says. “If you have to wait until you need it, you could run into a real pricing problem.”

And delays would be a challenge for the company, which stays booked up about 18 months in advance, according to Freeman.

Freeman acknowledges that she works in a male-dominated industry.

“It is a man’s world, but I have not really had many challenges, being a woman,” she says. “It’s because of our reputation: we are known for finishing projects on time. We have to turn jobs fairly quickly and have always done that. That reputation precedes us.”

While most of the company’s employees are men, Freeman does actively recruit and hire women as well. And being a woman-owned business has been an advantage in bidding on contracts, Freeman points out.

“Our employees are like family to us and have come to be proud of the fact they’re working for a family, woman-owned business. We have a recruitment video on our website. Several of our ladies are on there, talking about the importance of working for a company you believe in.”