Riverfront Park aims to be a bustling recreation area 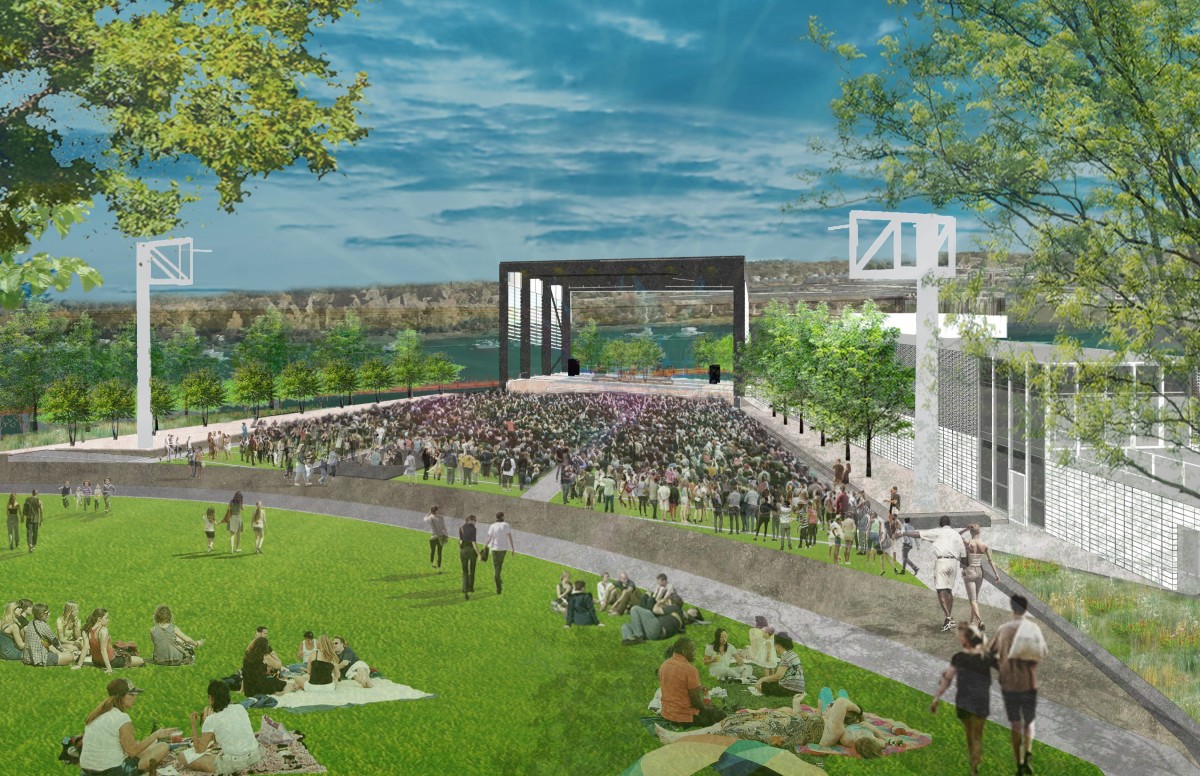 This weekend marks the grand opening of the Riverfront Park in downtown Wilmington which is bringing national music and entertainment headliners to its amphitheater and is aiming to be a bustling recreation area with wide lawns, a plaza, playground, splash pad, and trails and gardens.

The amphitheater venue, which is managed by Live Nation Entertainment and can hold about 7,200 people, has already announced sold-out shows including rock band Widespread Panic.

Other shows coming to the venue include GRiZMAS in July; Miranda Lambert, Train, Jim Gaffigan, Sublime with Rome, and Avett Brothers with Chatham County Line in August; 311, Glass Animals, Santana, Trevor Noah, Counting Crows, and Lady A in September; and Brett Eldredge and Harry Connick Jr. in October.

Click here for a roundup of upcoming performances from other venues.

In addition to performances, the park will also host other events such as races and festivals.

Races include the Tri-Span 5K and 10K which goes through downtown Wilmington and along the Cape Fear Riverwalk.

Festivals coming to the park include:

–Veg-Out Wilmington, a health festival to promote vegan and vegetarian food, nutrition, and the environment in October

To celebrate the opening of the waterfront venue, the City of Wilmington Department of Recreation is hosting a soft opening on July 4 from 1 to 8 p.m.

The family-friendly event will feature performances from local bands, entertainment, kids activities, food, a beer garden, and more. Attendees can bring beach chairs and blankets at the Great Lawn.

To celebrate the Fourth of July, the city is then hosting Fourth of July Fireworks downtown as well. The firework display is slated to start at 9:05 p.m. and will be visible along the Wilmington riverfront, the city’s website states that fireworks will not be visible from the Riverfront Park.

In a WilmingtonBiz Magazine story, AMY BEATTY, community services director with the city who spearheaded the creation of the park and amphitheater, said the park was created to attract people at all times.

“I remember when we first unveiled our master plan, somebody said it looked like we had thrown everything but the kitchen sink into the concept,” Beatty says in the story. “We want the park to be just as busy on a Tuesday morning or a Thursday night or a Saturday afternoon.”