Baats + The Afterglow is a young local band made up of young musicians; the group’s sound shows flexibility and a blend of a variety of genres.

The music group was formed by GABRIELLE CHRISTIE and JACOB GONZALES.

“We first met in the summer of 2018 in New Bern, NC. Shortly thereafter we began jamming together,” Christie says. “Before we knew it, we were writing music and showing each other our song ideas. It happened really organically.”

Describing the band’s musical style is not so simple. Gonzales says the band is pop-oriented but also draws from a lot of other influences as well.

“We are both inspired by dozens of other genres and bands,” Christie says. “So, there’s a lot of flexibility in our music and I think it shows.”

The band, which usually tours throughout the state including at Wilmington’s Barzarre, recently released a new single titled “Uninspired,” a song featured on the “Silent Spring” compilation album by Folks Foundation created to support artists in the state.

Christie and Gonzales talk about their musical inspirations, how they have been doing as artists during COVID-19, and their new music.

WILMA: What is the origin of the name Baats + The Afterglow?
Christie: “The name Baats just popped into my head one day. I had been mulling over what to use as a stage name after leaving my old band. And ‘Baats’ just hit me, and it felt right.
Gonzalez: “We wanted to have it be ‘Baats and something.’ We had a few things in mind. We had actually settled on one, and then hours before our first show together I heard the song ‘Afterglow’ by the band Wilkinson. I looked up the definition and just loved the meaning of the word so much. It’s the good feelings that remain after an awesome experience. So that’s what I wanted in the band name.” 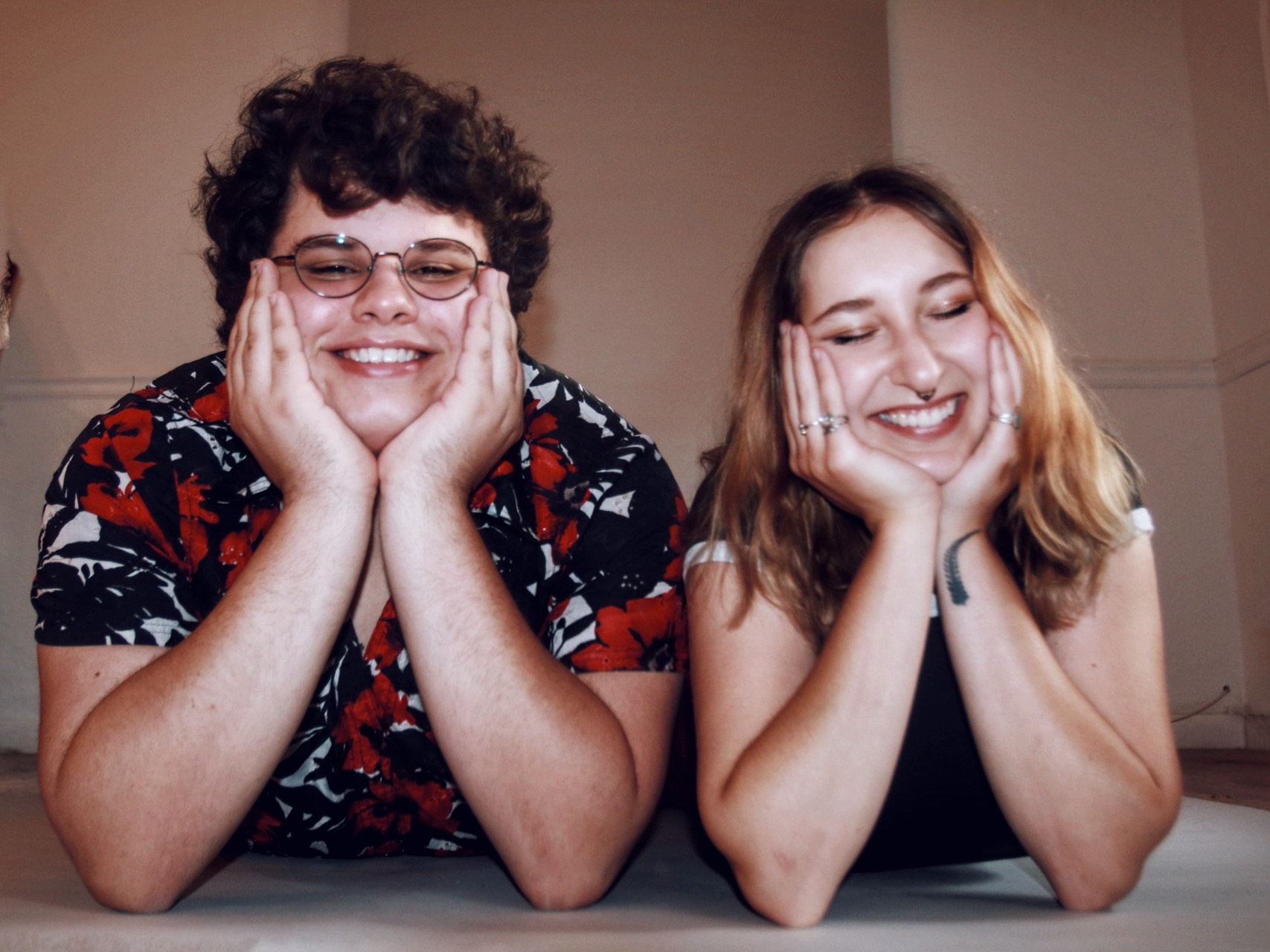 Photography by Sarah Bowers, courtesy of Baats + The Afterglow

WILMA: What inspires the music the band plays?
Gonzales: “We use music to process and work through our emotions.”
Christie: “When we write, we kind of let it all out. I’m always open with Jacob about the meaning behind my lyrics. So, there’s always so much emotion that goes into our music with each note. Writing music and performing is just a cathartic act for us. There’s nothing quite like singing on the top of my lungs about something that has hurt or disappointed me. Or better yet, singing about the things I love.”

WILMA: How has the band been doing during COVID-19 pandemic?
Christie: “We have been incredibly fortunate. We were asked to record a song that we had written some time during the quarantine for Folks Foundation, a magazine based out of New Bern, NC. It was a huge collaborative vinyl record with artists from all over the state called ‘Silent Spring.’ We felt so honored to be a part of it. And we managed to record the song while maintaining social distancing, which was an interesting challenge!”

WILMA: Any upcoming shows or new music?
Christie: “Yes! We have a new single coming out called ‘Uninspired.’ It is the song that is also featured on the ‘Silent Spring’ vinyl with a fresh mix for digital streams. I began writing this song a few weeks into quarantine before we were prompted by Folks Foundation for a song. Sometimes, I get so full of fear that I become numb. But I wanted to write something besides the complete dread that I was feeling. I didn’t want to just write about my fears of losing my loved ones, or how everything could be over in the blink of an eye. When I sat down to write, I froze. Fear was stopping me in my tracks again. I was so afraid that I was just out of that creative energy that could make a good song. But my partner said ‘if you don’t try, there’s not even a chance that you’ll write something good. So just try.’ And minutes later the first half of the song came out. I immediately sent it over to Jacob and he identified with it so much. He came up with this really magical sounding bridge. The piano part he wrote was so full of light, he injected so much hope into the song right there. It immediately made me think of the places I’ve been happiest and most sure of my place in the world. Being so uninspired is inspiring in its own right, you just have to find the fire to get yourself going again.”