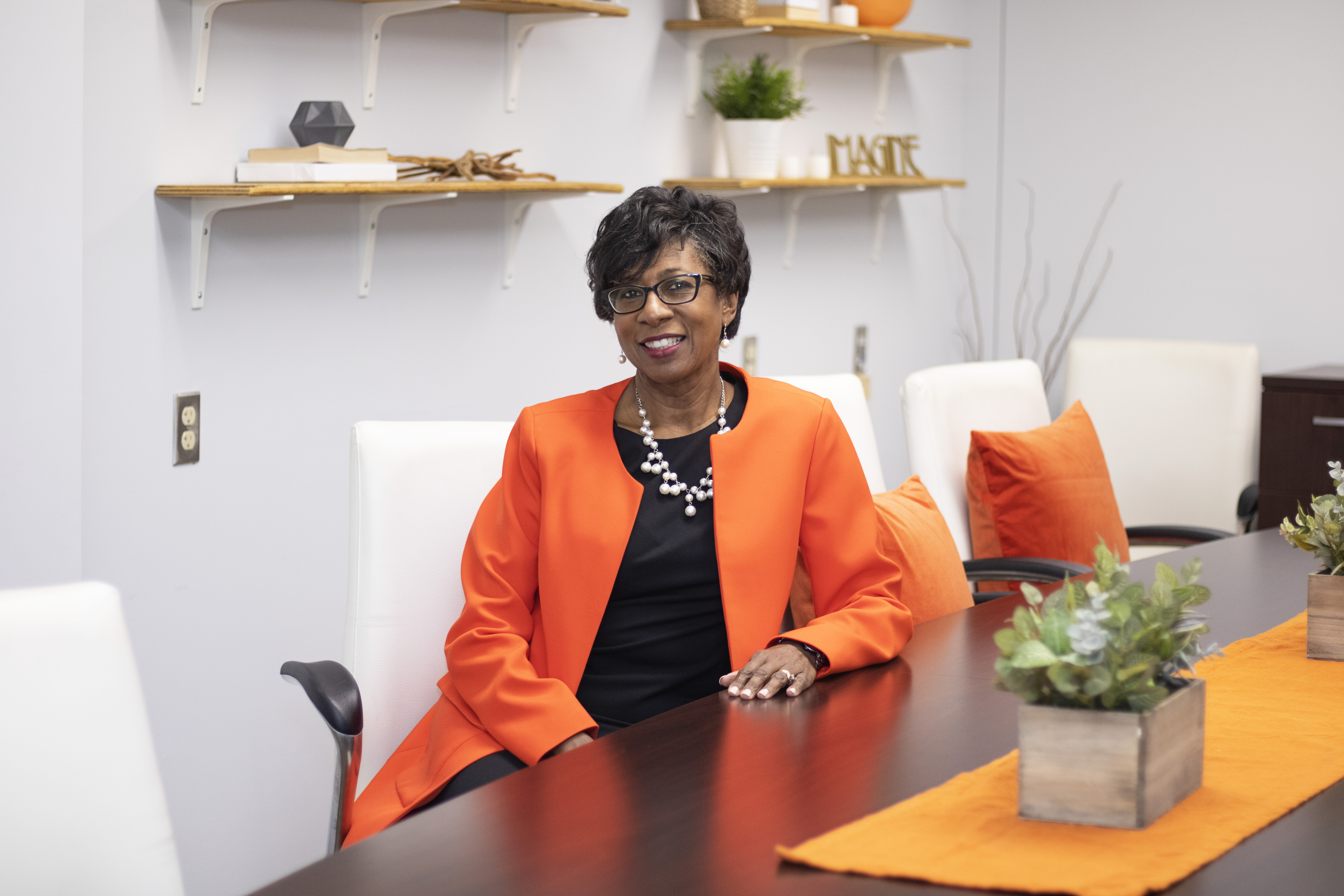 VELVA JENKINS couldn’t walk away from professional public service quite yet.

She began the year 2019 as a retired woman — or so she thought. In July, while serving as a board member of the YWCA Lower Cape Fear, Jenkins received an invitation to serve as the organization’s interim CEO, by recommendation of then-CEO CHARRISE HART, who left for a job in Greensboro.

After only five months and a series of fortunate events — including more than $1.5 million in grant awards — Jenkins moved into the position permanently, as announced by the YWCA early January.

“I got here, and it just felt right,” Jenkins says.

She begins the 2020s with visions of more change, including the launch of an entrepreneurship training program, Women’s Empowerment (WE) 360°.

Jenkins has been in the business of helping others for a long time. At Brunswick Community College, she served as vice president of Continuing Education, Economic and Workforce Development until retiring in December.

“Community colleges deal with personnel and programs in the community,” Jenkins says, “and that’s what we do here (at the YWCA) with families and their children.”

With Jenkins at the helm, the YWCA plans to pursue major capital projects.

“This organization is 106 years old. This building began in 1973 … You can see the seventies all over the place. One of my goals is to see how we can make this a very innovative, captivating, welcoming place for women,” Jenkins says about the facility on South College Road.

She shares ideas such as the development of a women’s makers space, educational programs about voter rights and voter history, and expansion into Brunswick and Columbus counties.

This month, YWCA launces WE 360°, with the help of Jenkins’s former Brunswick Community College colleague APRIL SCOTT, the director of its Small Business Center.

“Velva hired me at the college,” Scott explains. “When I saw that she was in the interim position, I thought, ‘What a catch they got there.’ I was so excited and also a little jealous of the YWCA.”

WE 360° is designed to help women overcome barriers to starting, growing, and sustaining businesses—particularly, to inspire positive entrepreneurship experiences for women of color. The women will finish the program with a full business plan.

The program allowed Scott and Jenkins an opportunity to collaborate again. Scott will facilitate the six-week entrepreneurship program with lessons on business planning, marketing, sales, financials, and more.

Neither women had an opportunity like this when they were young professionals (which is not to say the program isn’t open to all ages).

“When I was first hired at the community college (thirty-two years ago), the then-president had reservations because of the color of my skin and my gender,” Jenkins says. “No women on this earth should ever have to go through those challenges.”

When asked about the YWCA mission — eliminating racism, empowering women — Jenkins says, “that’s my mission because I’ve lived it, and I overcame it.”

Aspiring entrepreneurs of all kinds can register for free here. Class sizes will not exceed twenty participants, and no prior knowledge is required. The program begins January 21 and will continue on Tuesdays from 6 to 8 p.m. at the YWCA campus, 2815 South College Road.