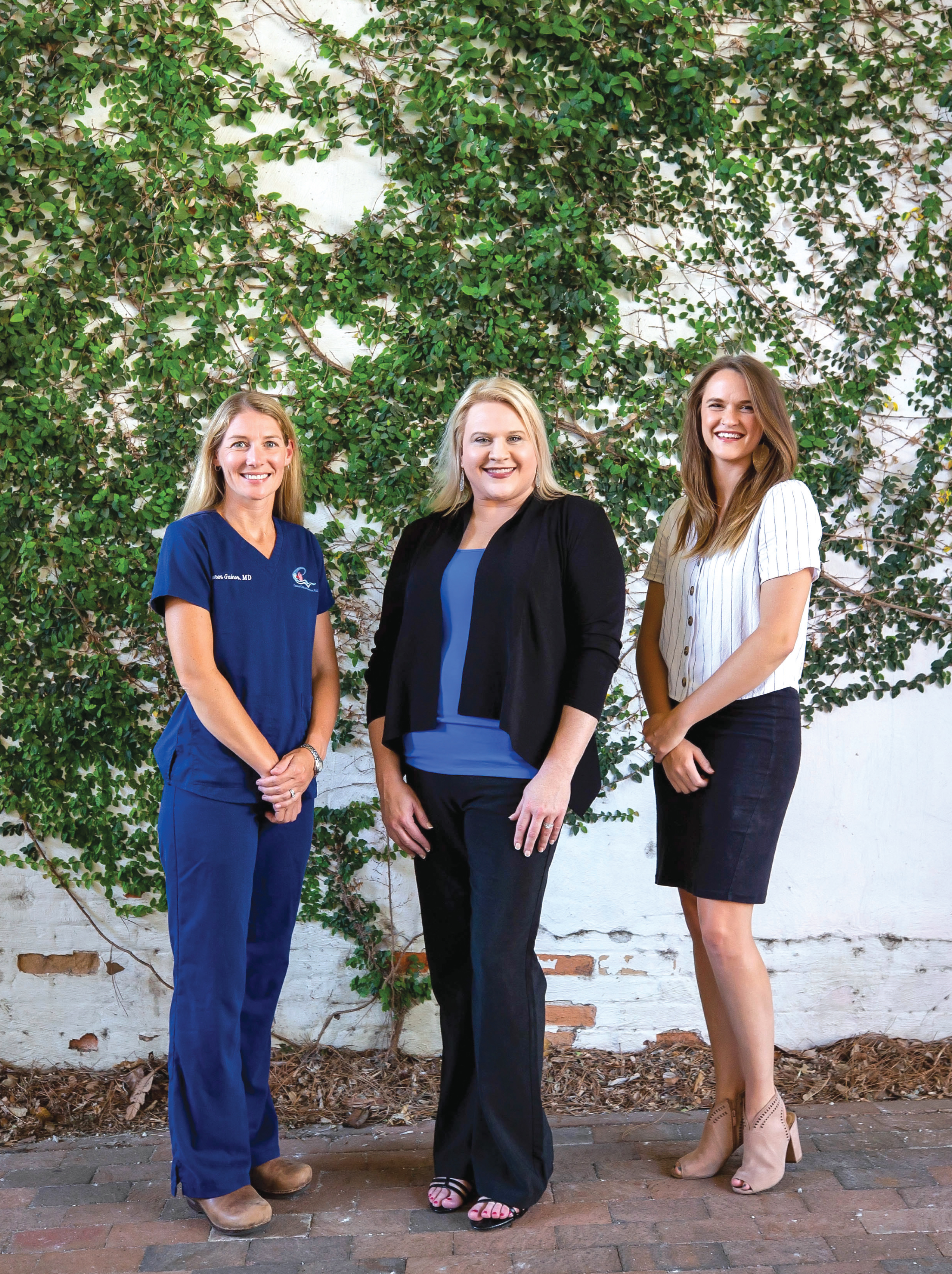 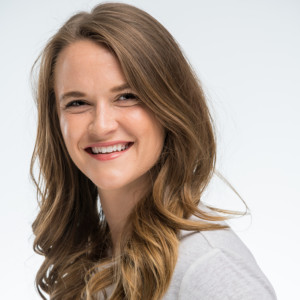 Buffy Andrews, owner and therapist at Made Well Center, started it in October 2018 to offer mental health counseling and group and private fitness, as well as workshops and retreats.

“I was inspired to open the Made Well Center because I saw huge gaps in knowledge and applications of bridging the gaps between mind/body/spirit,” says Andrews, who previously worked for Coastal Horizons Center doing intensive in-home services and later school-based outpatient mental health therapy.

“I saw the need for enhanced holistic counseling, as well as offerings of other opportunities for clients to engage in for their bodies.”

“My approach is very holistic and whole-personed,” she says. “I try to think of every ‘issue’ that is coming through my door as a slew of symptoms pointing to something else. There is usually a deeper problem or root cause that brings these symptoms to light.

“I try to also integrate functional medicine approaches and knowledge with my mental health trainings to encourage clients to seek understanding from all angles,” Andrews adds. “I like to help clients build awareness and insight in order to build the proper toolbox for healing.”

In May, she moved to office space off Shipyard Boulevard. Andrews gives back 10 percent of her fees to help those who cannot afford services.

“My goals for Made Well are to try and make sure everyone can receive the care they need,” she says, “not allowing money to be an issue or insurance type to be a barrier.” 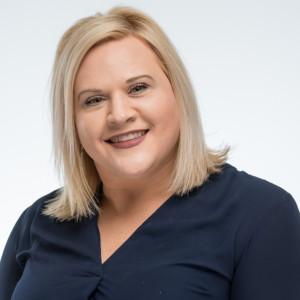 Candice Curtin, one of two diabetic wound care-certified nurses in the state, has won numerous awards in wound care, is published internationally, and speaks at national wound care conferences around the country.

“Pressure Dx will be integrated into health care providers’ electronic medical record systems. It will become part of the clinician’s wound assessment to ensure the correct diagnosis, documentation, treatment, and the appropriate billing code for pressure injuries – also known as bedsores or pressure ulcers,” Curtin says. “Pressure injuries kill more than six Americans every hour and are diagnosed and documented incorrectly more than 50% of the time. Our product will help ensure 100% accuracy and prevent unnecessary pressure injury deaths and complications by ensuring patients get the right diagnosis and right treatment.”

Curtin says the inspiration to start the venture came from her grandmother’s experiences.

“My grandmother had a pressure injury that was diagnosed four different ways in one day by four providers and then received an inappropriate treatment based off the wrong diagnosis,” she says. “I knew then something had to be done to help ensure patients get the right diagnosis so they can get the proper care.

“Though I had created it on paper prior to her ordeal, that ordeal made me see how big the problem was.”

Curtin expects the patent for it to come through within weeks. The company has finished clinical trials and is working with a large hospital to be its first customer.

“We are looking at integration options with them now and hope to have them up and running in the next few months,” she says.

“My business partner Sue McConnell is also a lifesaver,” Curtin adds, “and she helps keep business items straight and the details in check.” 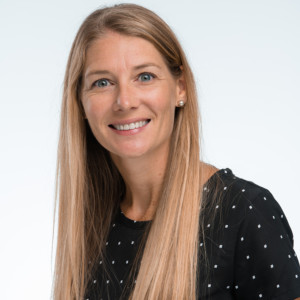 Gainor started with Coastal Children’s Services in 2014 and became its medical director the next year.

Starting in the fall of 2016, UNC medical students who rotate through NHRMC departments during their third year received a new pediatric curriculum, designed by Gainor.

She also led a clinical team to create a new unit to care for infants diagnosed with neonatal abstinence syndrome with the goal to keep mothers and babies together during hospital stays while newborns are observed and treated for drug withdrawal. In the supportive environment, mothers learn about infant care and are empowered as caregivers to help try and improve outcomes for them and their babies.

Gainor also worked on a move for comfort measures that are not drug based, such as swaddling and low-stimulation environments, for babies being treated for withdrawal as a way to cut down on morphine usage.

“Nationally there has been work published focusing on the nonpharmacologic care of infants with neonatal abstinence syndrome, and we are committed to practicing evidence-based medicine and staying current with advances in medicine to provide the best care for our patients,” Gainor says. “So the changes and focus are in line with the national focus on the opioid epidemic and specifically for us, how that relates to the care of infants born with opioid addiction.”

Gainor, who worked for Children’s Hospital Colorado before moving to Wilmington, says she was drawn to pediatric medicine because it is about “comprehensive care for children including their physical and mental health with an important focus on advocacy and health maintenance,” she says. “I really like that it is a field that ranges from well-child care supporting normal growth and development to caring for the acutely ill child. I also was drawn to the resiliency of children. They want to get better, and their bodies heal in remarkable ways that is so different than adult medicine. I also simply like kids!” 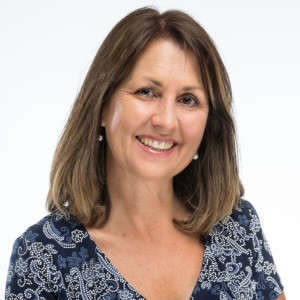 Candy Lee has worked in the nursing field for thirty years, caring for patients living with memory disorders, especially those in long-term care facilities.

She played a key role in helping start the state’s first PACE program (Program of All-Inclusive Care for the Elderly) when it started in Wilmington in 2008. PACE is a community-based program that provides an alternative to nursing home placement for aging adults.

At Lower Cape Fear Hospice, Lee recently began her new role as dementia care nurse specialist after the organization created a non-hospice dementia care specialty program this year to address the number of dementia patients and their caregivers who were coming to the agency seeking information and support but not yet eligible for hospice services.

Lee says she took on the new role, even though it meant a career change and helping start a community-based program from the ground up.

“I spent the past eleven years learning about community-based programs through the PACE program. I have experienced the community need for support, education, and resources,” she says. “When I learned that LCFH was starting a dementia program in the community, I had to know more. No one was more surprised than myself that I would be trying something new at fifty-four! … Our community needs more programs to support caregivers and those living in the community with advancing dementia.”

Lee says the new program already has made an impact.

“Our first consult was completed March 29, and we have completed approximately sixty-five consults thus far,” she says. “Caregivers have found our educational model, Positive Approach to Care, useful and effective. We also provide ongoing educational workshops and we hope to be adding some support groups in the near future.” 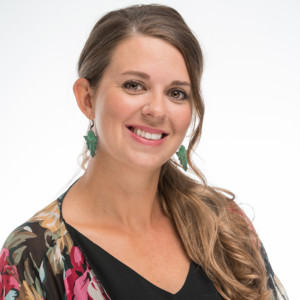 Rebecca Mullaney runs her practice on a farm, where she leases space from Coastal Therapeutic Riding Program.

“I work with the horses that are no longer a good fit for their riding program because they have aged out or are unable to be ridden. It’s a really nice symbiotic relationship,” Mullaney says. “My clients and I care for and interact with horses that get less attention, and in return, we get to spend time with some amazing animals in a beautiful setting.”

She also has worked with veterans in the community and coordinated a series of trauma-informed yoga classes taught by Aron Lanie of Yoga Village for female veterans.

“Aron and I are planning a spring series and are hoping to offer this course quarterly,” Mullaney says. “I see many clients who are military sexual trauma (MST) survivors, and as such am hoping to offer half-day women’s MST retreats in the spring where we will include yoga, mindfulness, group therapy, and EAP work.”

Mullaney says her work, both with veterans and in the mental health field, came about from a personal loss.

After school, Mullaney married her college sweetheart, Ian, and moved to Fort Hood, Texas, where he was stationed and serving as an Apache helicopter pilot. She taught special education inclusion for second grade and went to graduate school to become a school counselor. He was deployed to Iraq.

“The short version is that when Ian came home, he struggled,” she says. “He had a terrible time sleeping and did not get the help he asked for and needed so badly, and tragically took his life in March of 2012. I found him and was absolutely destroyed.”

Mullaney says her grief and trauma “was unimaginable, and I suffered from near-constant flashbacks.”

She began working with a trauma specialist in Dallas and riding her horse that Ian had given her every day.

“The only place that I didn’t have flashbacks was at the barn. Riding and being at the barn has always been my happy place, but at that point in my life it became my lifeline,” she says. “As I got stronger, I connected with an organization called TAPS (taps.org) that cares for families of fallen military. TAPS plugged me in, and I began traveling around the country training senior military officials, doctors, mental health professions, and senior VA staff on mental health care in the military and resilience.”

She took a job with the group as its suicide survivor communications liaison. “When I felt like I had spent enough time focusing on this specific loss, I left TAPS and enrolled at George Washington University where I earned a post-graduate degree (Ed.S) in clinical mental health counseling. I also found out that I wasn’t the only person who found solace working with horses. I learned about equine-assisted psychotherapy, got trained and certified in three methods of it, and decided to make it my new goal.”

Mullaney says it has been her dream for ten years to have her own equine-assisted therapy practice “and to bring this amazing modality to folks in need and more personally to offer it to the veteran community with hopes of preventing tragedies like my own.”

“My now-husband, boyfriend at the time, and I decided we wanted to slow our pace and spend some time at the beach, so we settled in Wilmington,” she says, “and I began laying the groundwork to open my practice.”