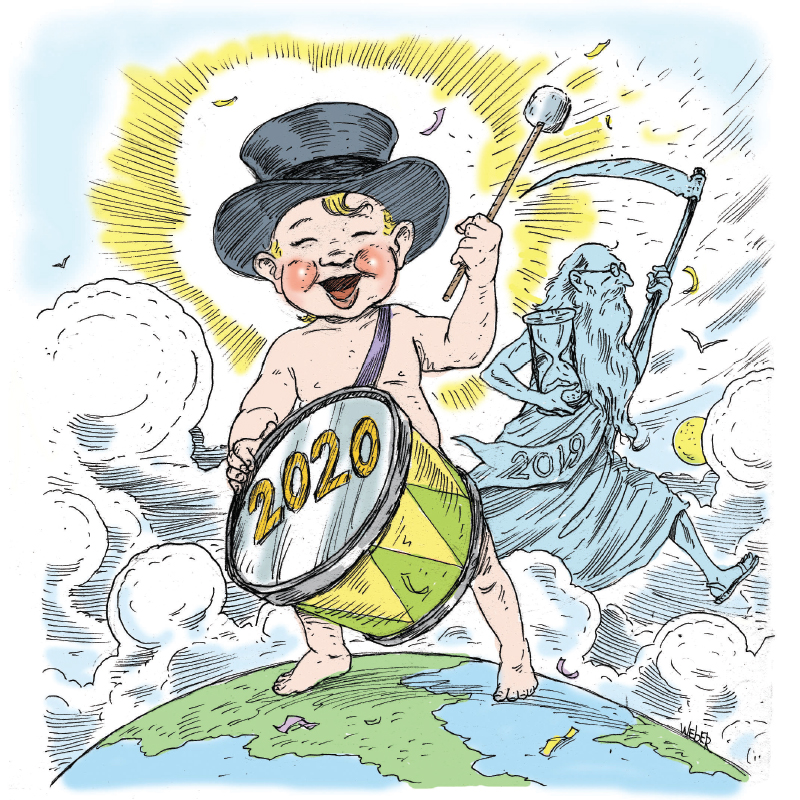 A few days ago, I heard some radio people reflecting on the significant events of the decade since, they said, we were here at the end of it. I thought it was a rerun from long ago. What decade were they talking about?

Turns out it was this decade – actually, last decade since you’re reading this in the new year, which also started yet another decade. Or, so I’m told. And, am I the only person who didn’t see this coming? Is this news to you, too?

A whole decade has passed, and I wasn’t watching any of it. Worse, we’ve now roared into the ’20s, and I have no idea what became of not just one, but the past two decades. Seriously – twenty years have come and gone, and I don’t know where they came from or where they went.

What happened? Wasn’t it just last week that we had a nervous New Year’s Eve as we obsessed about impending doom from Y2K, afraid that our computers would freeze and shut down our power grid, lock our bank accounts, and leave us stuck on a drawbridge or out at sea or over a darkened runway at the airport?

Did any of that come to pass?

Seriously, did it? Because I don’t know. Like some beardless, modern-day Rip Van Winkle, I must’ve fallen into a two-decade sleep at the end of 1999, the very second the Times Square ball dropped. Or, maybe it didn’t drop.

What else did I miss?

The Dallas Cowboys haven’t won a Super Bowl in nearly a quarter of a century. A gadget called an iPhone has come along and seems like it might be popular. Puff Daddy became P. Diddy, who became Diddy, who became Love; he’s averaging a new name every five years. Amazon sells more than books now. We’ve made nouns and verbs of Google and Facebook, and both are as much a part of our lives as oxygen and allergies.

A fifth of a century has run through the hourglass. We’re not seeing new episodes of The West Wing or The Sopranos. The movie theaters aren’t showing Varsity Blues or The Matrix. The Backstreet Boys are middle-aged men. Martha Stewart did time. Drew Carey lost weight. Craig Kilborn isn’t on TV anymore. Nobody even knows who he is.

Madonna has an AARP card. Jay-Z has turned into Warren Buffett. Is the clean, virtuous, heroic Lance Armstrong still winning the Tour de France every year? Nope. Something must’ve happened with him.

Bill Clinton is no longer president. Britney Spears is no longer a teenager. The Chicago Cubs no longer think the World Series is for all other teams. People are driving electric cars, drinking cold coffee, eating riced cauliflower, and paying for everything by waving their phones at screens. We go online and yearn to be liked. There’s something called Elon Musk, and it isn’t a men’s cologne.

Bob Dylan made a Christmas album.

I have missed so much, awakened to multitudes of changes. I’m grateful that I still have 80 percent of the century to get used to them. We’ve finally reached 2020. I hope that means I’ll see change clearly from here out.

I’ll start here: The Rolling Stones are still on tour. Meryl Streep is as awesome as ever. Oprah continues to rule the world. Good. Some things never change. I need that.