The Film Festival continues to evolve 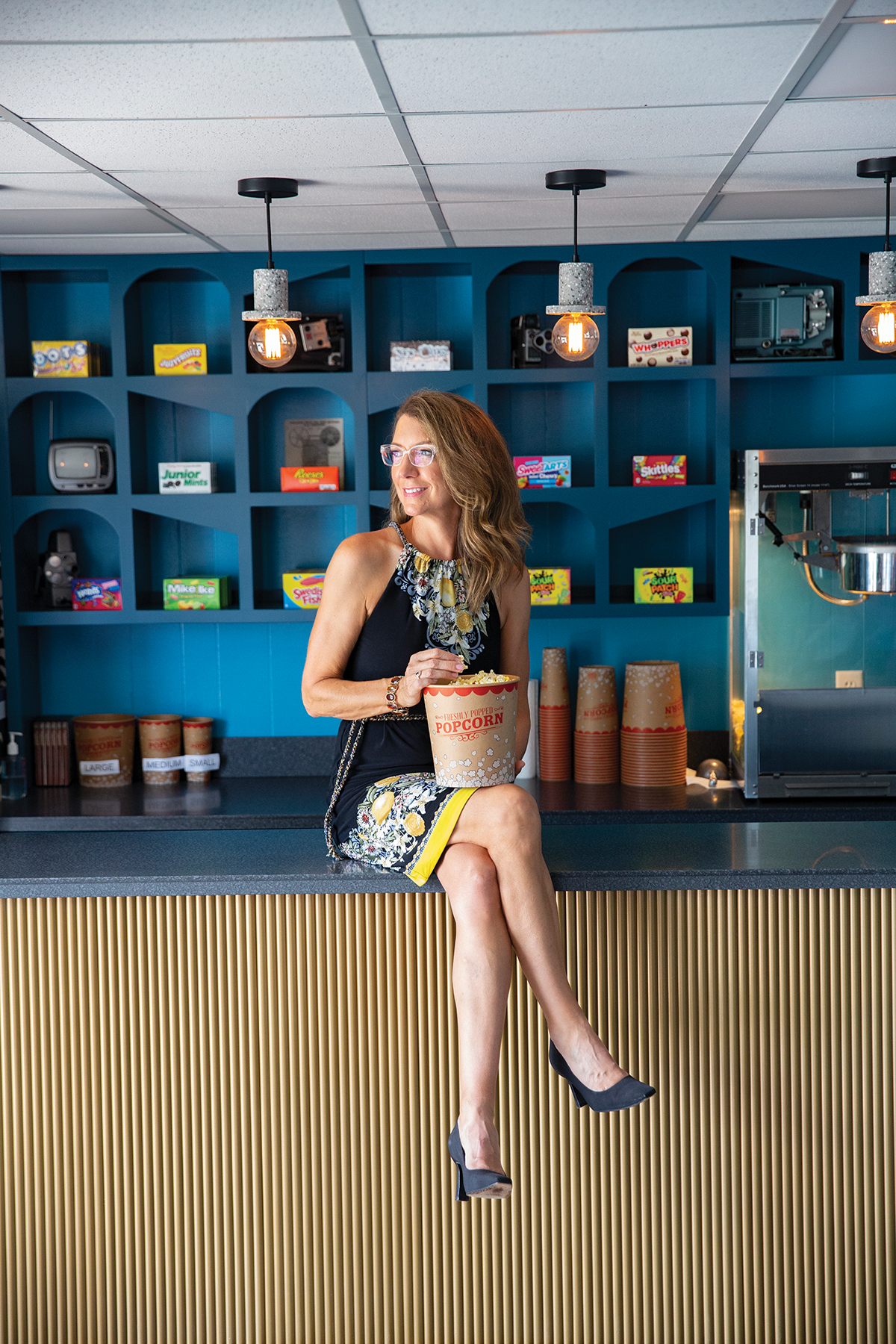 Uptilt, previously known as Chick Flicks and Cinema Sisters, has always had the goal of giving voice to the voiceless.

The mission began in 2016 when a group of Wilmington filmmakers decided it was time to help women tell their stories through the visual medium of short films. Seven years later, they are now expanding that goal to include educational opportunities and grants for people who identify with women’s stories.

The festival’s current director, TRICIA DELP IRELAND (above at Jengo’s Playhouse), began her journey with the festival as its first and only sponsor in 2016. She has been an avid fan of film for many years, having been a screener for the Atlanta Film Festival for eight years and sharing a love for short filmmaking with her husband. She had an animated short accepted into the Cucalorus Film Festival, on top of being a physical therapist and Realtor by trade.

Due to the festival falling during scheduled trips with her husband, Delp Ireland was not able to help with the festival outside of being a sponsor until 2019.

“It was just so much fun to have these filmmakers come and watch them see their films on the big screen,” Delp Ireland says. “To watch them meet other people, it was just fantastic!”

That same year, the progenitors of the festival decided it was time for them to step down and return to filmmaking. She, saddened by the idea of the festival ending, stepped up and offered to run the festival the following year. And although 2020 proved to be difficult considering the onset of the pandemic, she took on the challenge and has continued to work to expand the festival.

The festival’s board began discussing the trajectory of the film festival and asked, “What do we really want this festival to be?”

“It would be nice if there were parity (in the industry),” Delp Ireland says. Until then, they want it to be open to women and gender-expansive persons and find ways of breaking barriers to getting their films shown.

In 2022, they added awards and a grant program to give out two, $1,000 grants – one in New Hanover and one from anywhere in North Carolina. They also have six award categories and added two educational seminars for festivalgoers and filmmakers alike to attend.

As for 2023, the festival wishes to add more and continue that momentum. They have increased the grants to $2,000 each for 2023, with one being awarded to a North Carolina resident and the other no longer being geographically specific; the film can be in any genre or any state of production.

Last year, 290 films were submitted from thirty-five countries. The festival accepted about fifty films, and organizers would love to get 350 films submitted this year.

“We did not want people to think this festival was about women’s issues; it’s about women’s stories,” Delp Ireland says. “We want to include and sell tickets to men too.”

The festival is scheduled for March 31 to April 2 of next year. The submission deadline for the Uptilt film festival is December 1.