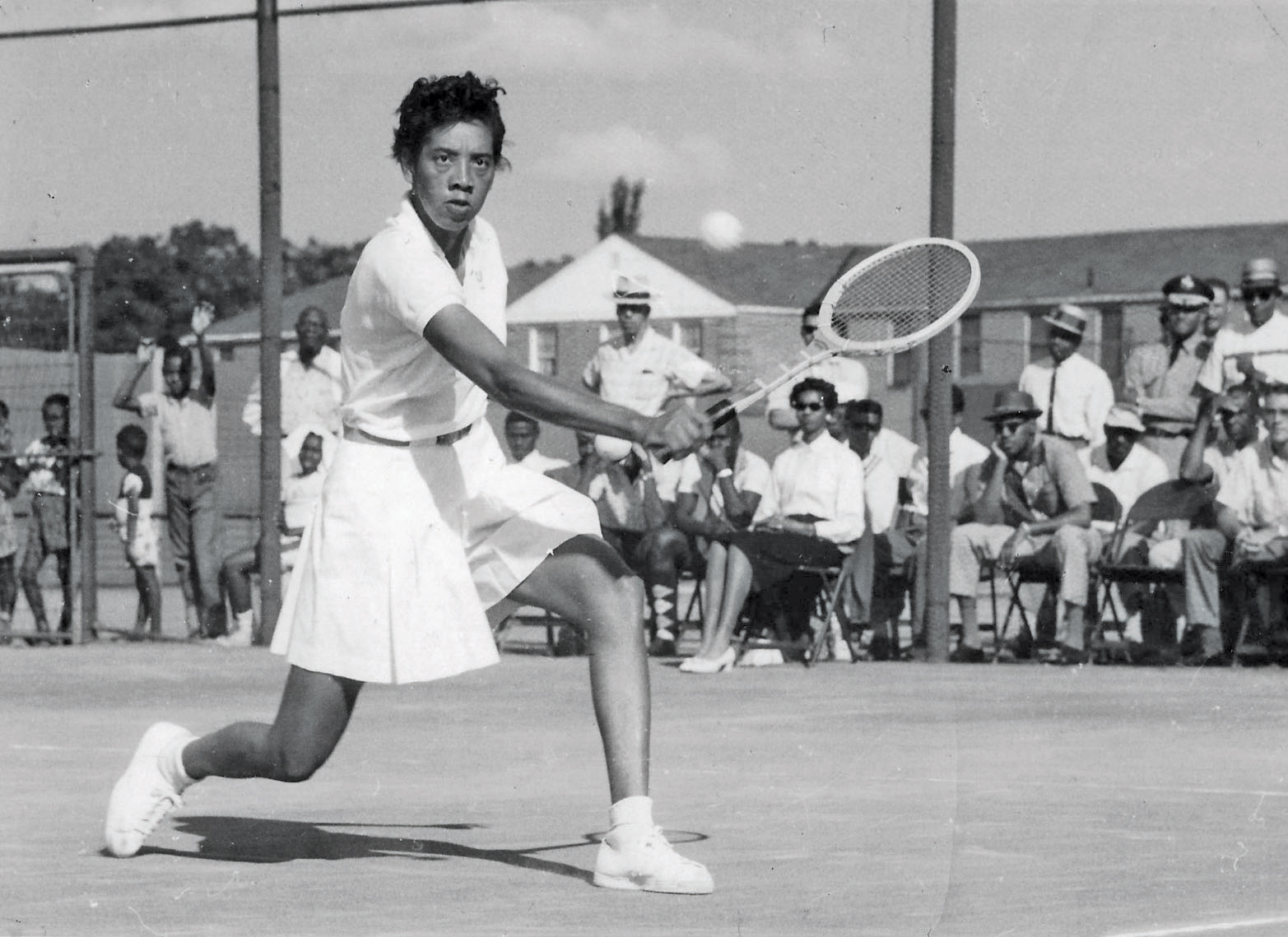 One local tennis court holds the legacy of a legend.  The front of the bungalow at 1406 Orange Street might look like most homes in the neighborhood, but it’s the only one of its kind with a private tennis court in the back. For many years, the backyard spot was the sole tennis court in Wilmington where people of color were welcome to play. There, ALTHEA GIBSON, the first black player to win a Grand Slam title, trained and rose to the top.

From 1946 to 1949, Dr. Hubert Eaton and his wife opened their home to Gibson, who stayed in their upstairs bedroom while she trained in Wilmington during the nontouring winter months. As a teen, Eaton himself broke a record by becoming the first African American to win the North Carolina Interscholastic Tennis Championship. He and Dr. Robert Walter Johnson from Lynchburg, Virginia, assembled a team of the best black athletes from across the nation and exposed them to tennis in their own backyards.

Gibson joined them from Harlem, New York. With the help of their mentorship, Gibson became known as the Jackie Robinson of tennis.

After decades without maintenance on the Wilmington court, the nonprofit organization One Love Tennis recently restored it to the same quality Gibson and other legendary tennis players once experienced. 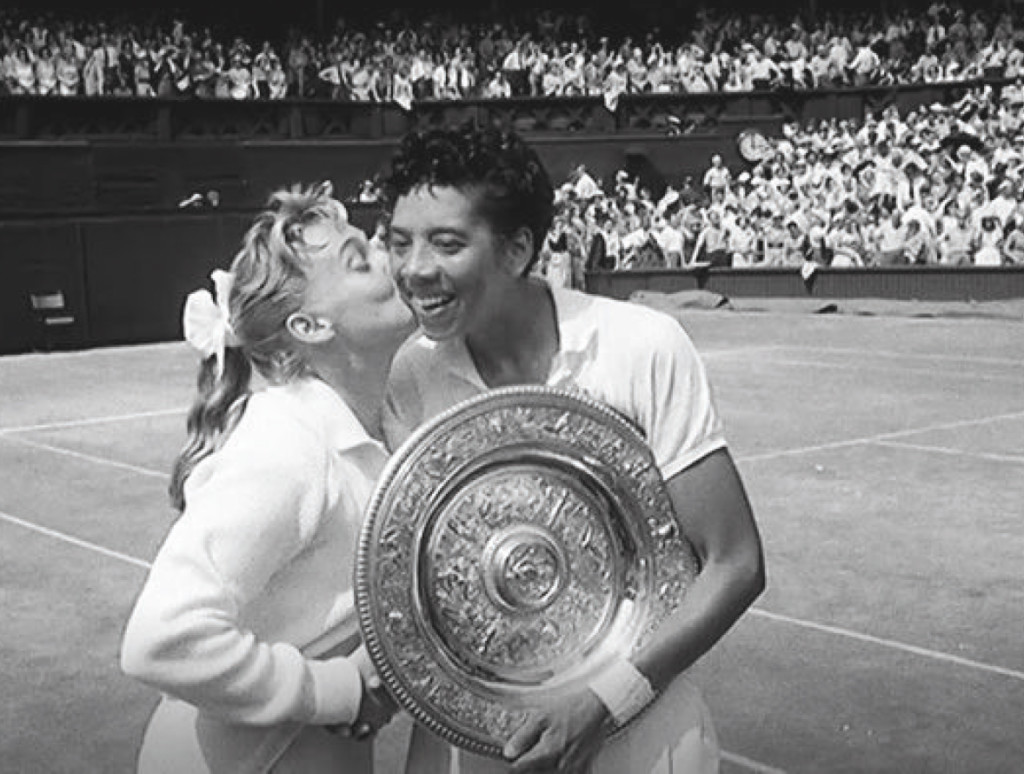 Gibson is congratulated by Darlene Hard after defeating her in the 1957 Wimbledon women’s singles championship, becoming the first African American to win a championship at the famed tournament. (Historical photos courtesy of One Love Tennis)

One Love Tennis co-founder and retired award-winning tennis pro LENNY SIMPSON  is one such player. He and his wife, JoAnn, directed the court restoration project and continue to rebuild the Orange Street property to its former glory.

Lenny Simpson met Gibson on the Eatons’ court when he was only five years old. Growing up next door, as a child he would hear the tennis balls travel back and forth across the court.

“Althea saw me peeping through the shrubs,” he says. “I would hear this laughter and the tennis balls. It was like magic … Everyone was dressed in all white, white shoes, white socks. These were black people playing this crazy game.”

He described his first sights of Gibson from afar. 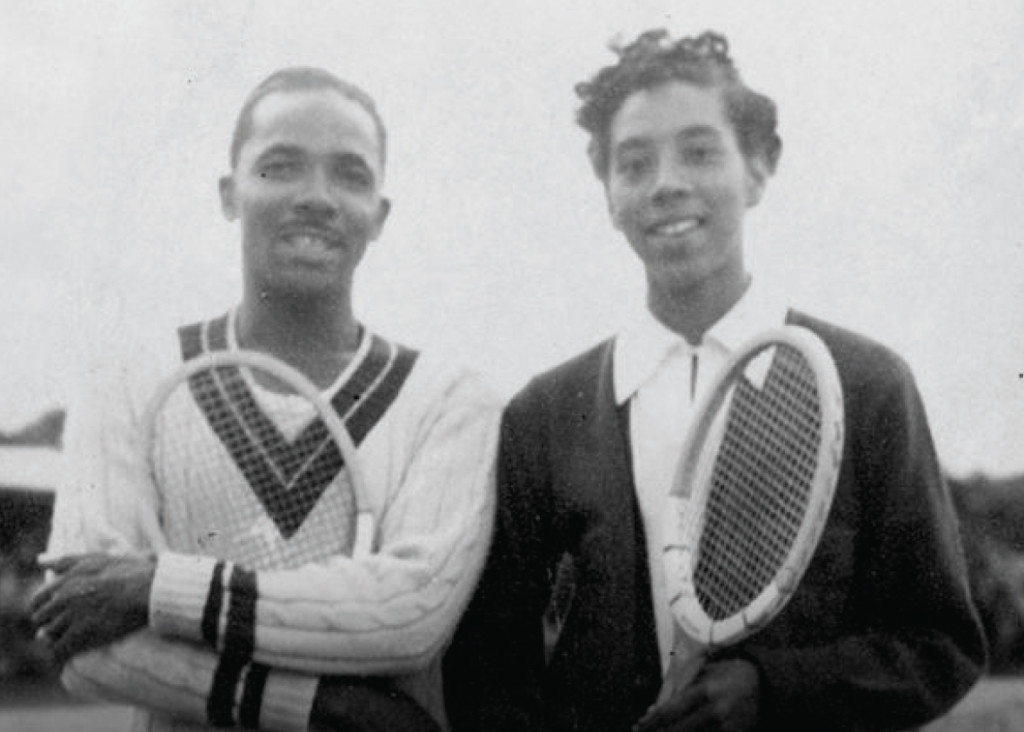 “I saw this lady just beating up on everybody,” Lenny Simpson says. “And, I had no idea it was a world champion I was looking at.”

After his mother finally agreed to let him visit the court, a neighbor walked a young Simpson over to the Eaton house. To this day, more than sixty-five years later, he remembers the exact spot on the court where he met Gibson for the first time

“She said, ‘Welcome champ. What took you so long?’” he shares fondly.

Gibson became one of Lenny Simpson’s most important mentors, as well as the three-time Grand Slam winner Arthur Ashe. For a while, he saw Gibson on the Eaton court almost every day. Eaton’s house was unofficially known at the black country club of the South, providing safe haven for young people of color to learn about and practice the game of tennis.

“For a long time in tennis, if you weren’t white, it didn’t matter,” Lenny Simpson says.

In 2015, he returned to his hometown to carry on the legacy that brought him the game he would end up playing and teach ing all this life. One Love Tennis is an organization dedicated to empowering young people, ages six to twelve, especially those at risk, to lead healthy, productive lives with participation in tennis and academic enrichment programs. 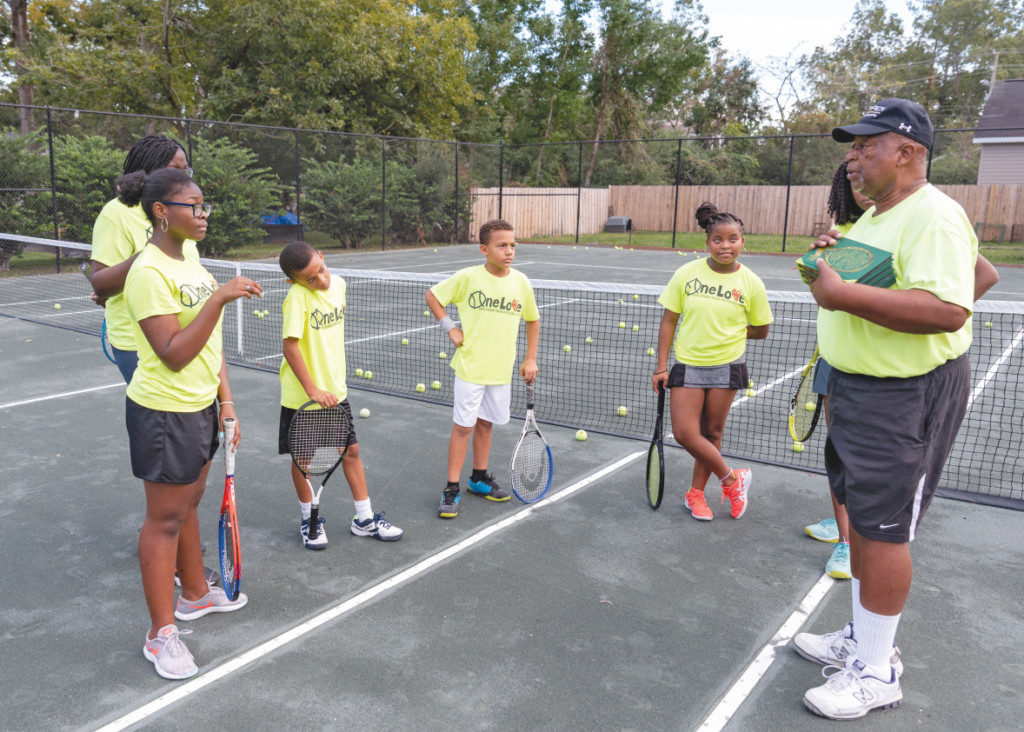 Simpson today with One Love players at the restored Orange Street tennis court where Gibson used to practice. (Photo by Michael Cline Spencer)

“Who’s going to be the next Althea Gibson?” he asks.

Lenny Simpson projects that, because of the program, local high schools will improve racial representation on their teams within three to five years.

The organization serves about 550 youth year-round. Students practice at courts across the county, including the Eaton house site, and receive tutoring from local volunteers. Gibson’s former upstairs bedroom will soon be transformed into an academic enrichment center, expected to open in spring of next year.

One Love Tennis is restoring the entire property as an active reminder of the world-changing movement that revolutionized civil rights and sports equity.

“There’s still a lot that needs to be done, but a lot that has already changed,” Lenny Simpson says.

On one rainy afternoon when the courts were closed, girls from GLOW Academy who attend the One Love Tennis after- school program, gathered to watch a documentary about Gibson.

“They were so upset when they watched that documentary that there was nothing at the U.S. Open site for the great Althea Gibson,” Lenny Simpson explains. 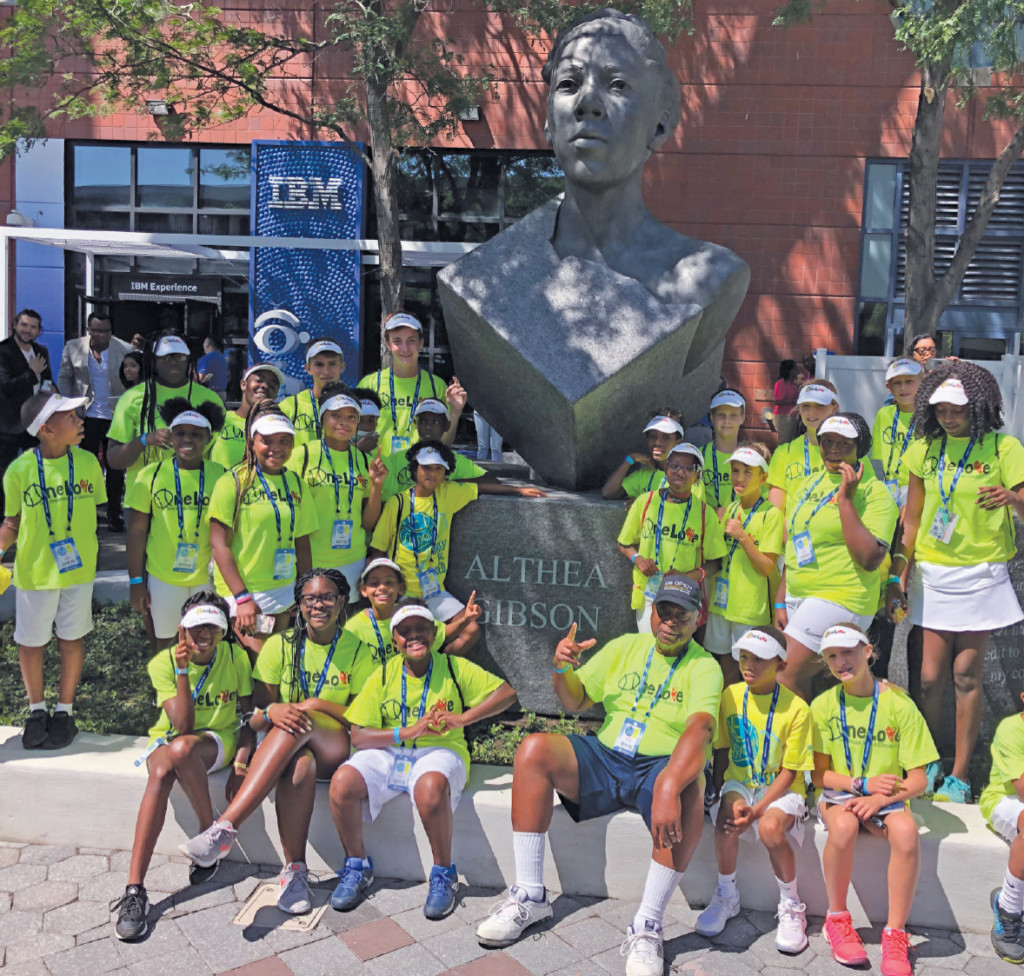 Lenny Simpson, One Love Tennis players, and GLOW students attend the unveiling of a sculpture of Gibson during this year’s U.S. Open. (Photo courtesy of One Love Tennis)

He encouraged the girls to write letters asking for a sculpture to be installed, which he then sent to his contacts at the United States Tennis Association. Many of those same letter writers later traveled to Queens, New York, the home of the U.S. Open, where a Gibson statue now stands at the Billie Jean King National Tennis Center. On August 26, during the opening day of the U.S. Open tournament this year, the young students attended the unveiling ceremony on behalf of One Love Tennis and celebrated the sculpture their motivating words helped build.

Back in Wilmington, at the charter school’s new campus, GLOW named one of its two middle school buildings Gibson Hall, after the local tennis superstar that inspired the girls.

The brave spirit of Gibson lives on, especially for the students at One Love Tennis. Underneath the newly restored Eaton house court, the legendary, champion-building foundation remains.