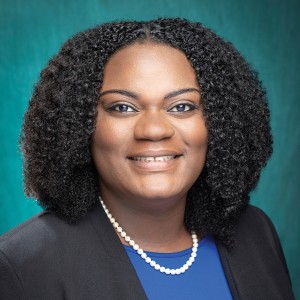 TIFFANY TUCKER, deputy director of athletics/SWA for the University of North Carolina Wilmington, was named the Nell Jackson Nike Executive of the Year by Women Leaders in College Sports.

Beginning her fifth year at UNCW, Tucker will be among the honorees recognized in early October.

Women Leaders in College Sports will bestow the Nike Lifetime Achievement Awards, Nike Executives of the Year, Rising Executives Awards, and special recognition for a Title IX Legend at its national convention in Kansas City in October. Tucker will be among the honorees at the event.

Tucker was nominated by her peers and selected by the Women Leaders Awards Committee for service during 2021-22.

“I am sincerely grateful to receive such an amazing honor,” Tucker says. “Nell Jackson was a true trailblazer and a champion for us all. I am deeply humbled to know that my colleagues value my commitment to elevating our industry to new heights, galvanizing leaders, and motivating others to do things they never thought were possible.”