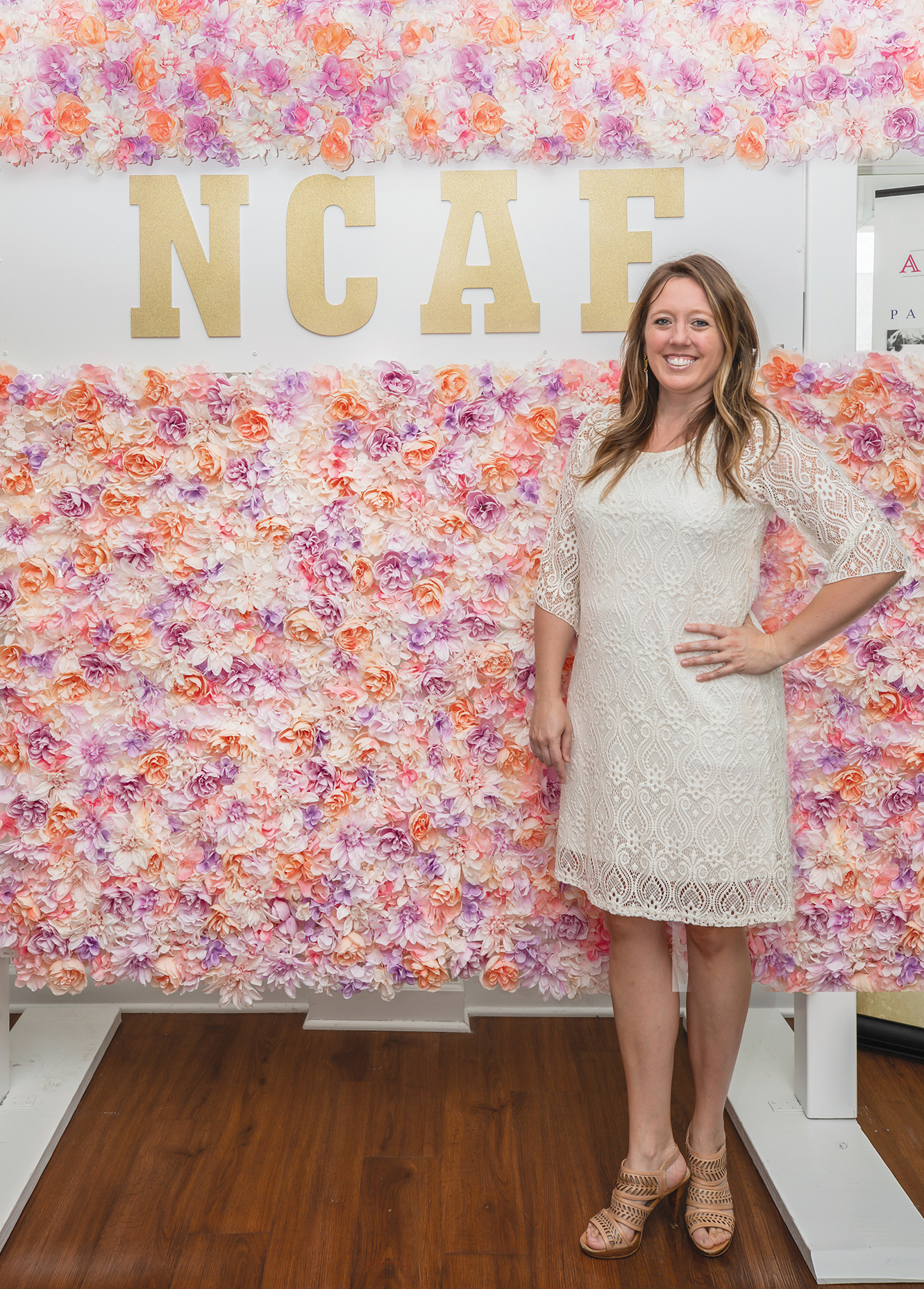 Orchestrating a major, time-honored event is always a challenge. Postponing and then reimagining that event in different circumstances requires a real maestro and an ensemble of players who can work through difficulties and keep the beat going.

That event is the North Carolina Azalea Festival, and on the podium holding the baton is executive director ALISON BAR­INGER ENGLISH. Since festival officials’ March 12 decision to postpone it – three weeks before the opening activities – En­glish, the festival board, and a well-tuned network of volunteers have had to take a fresh look at their plans through the lens of COVID-19.

Those plans currently call for holding the festival’s major activities in the fall. The Azalea Festival Garden Party is scheduled for September 16. A concert featuring Sub­lime with Rome, along with Michael Fran­ti & Spearhead, is planned for October 16. The following day is a performance by the Avett Brothers, with Chatham Coun­ty Line opening for them. These popular events will need to be conducted in accor­dance with social distancing requirements, English says.

“Among our guiding principles, safety and health are always number one. We’re talking to state and local officials,” she con­tinues, adding that Azalea Festival organiz­ers will keep looking to these same officials for guidance and the latest updates on the virus.

Since the Azalea Festival has a signifi­cant economic impact on the area, English and her team will seek to maximize reve­nues within a safe environment.

“The Azalea Festival brings in an esti­mated $50 million to the economy, bene­fiting small businesses, hotels, and restau­rants,” English says. “People buy new clothes and have their hair done for (the event). There is a huge trickle-down effect. We know a lot of businesses rely on it.”

To determine what festival elements to stage this fall, English says officials have looked at which ones do the most to drive the local economy. With dates nailed down for the Garden Party and the two concerts, planners are considering when to hold the street fair and the parade.

“Those large events are the ones we have to keep safest,” she explains. “Every­one is asking that question now: How do we keep people safe but provide (econom­ic) stimulus, a sense of celebration and community, being neighborly. How do we serve food? How do we regulate that?”

English is able to share ideas with col­leagues around the world through her in­volvement with the International Festivals & Events Association. She is also chair-elect of the IFEA Foundation.

“Through IFEA, I’ve been on a call once a week with other event leaders. We are all keeping each other informed on what our future plans are,” English says.

This year’s festival postponement isn’t English’s first retooling rodeo. A spe­cial events aficionado even when she was growing up in Canton, Ohio, she took a semester off from college to work at Walt Disney World as part of the theme park’s college program. That was in 2001.

“I was there during the September 11 attacks,” she says. “Talk about events cancellation and retooling. I worked at Spaceship Earth as an attraction hostess. Half the people (in the park) were stuck there, worried, preoccupied. We were try­ing to still give them some joy. There was a wide range of nationalities: I specifically remember a man of Muslim descent. We were trying to be gracious and treat every­body the same.”

Following that early lesson in crisis management, English returned to Univer­sity of North Carolina Wilmington and finished her bachelor’s degree with majors in communications studies and English. She graduated in December 2004 and be­gan work for the Azalea Festival in July 2005.

“At that time we had an office manag­er, the only full-time position,” she says of her early days. “That’s where I started. My responsibilities were mostly to greet guests and keep the website up. As I grew in expe­rience, I took on more.”

Now the festival employs an office man­ager and events coordinator in addition to English. The volunteer structure is exten­sive. In addition to the festival board, there are 120 committee chairs. Everyone has been involved in reshaping the festival for later this year, while laying plans for 2021.

“Stephen Meinhold, the 2020 president, will continue as president for the 2020 event in the fall,” English says. “Our new president, Deirdre McGlone-Webb, heads up next year’s festival.”

The past few months have allowed festival organizers to brainstorm ways to communicate more effectively within the organization and with sponsors. And, there’s an initiative to come up with a fes­tival mascot; area residents are invited to submit ideas for a name and a design.

“When you go through crisis, difficult challenges, it’s an opportunity for creativi­ty to shine,” English says. “We have to find ways of keeping people involved. A lot of people don’t realize the Azalea Festival is an independent 501(c)(3) organization. While we have great relationships with all the local governmental agencies, we have to stand on our own. Community support is an important part of us.