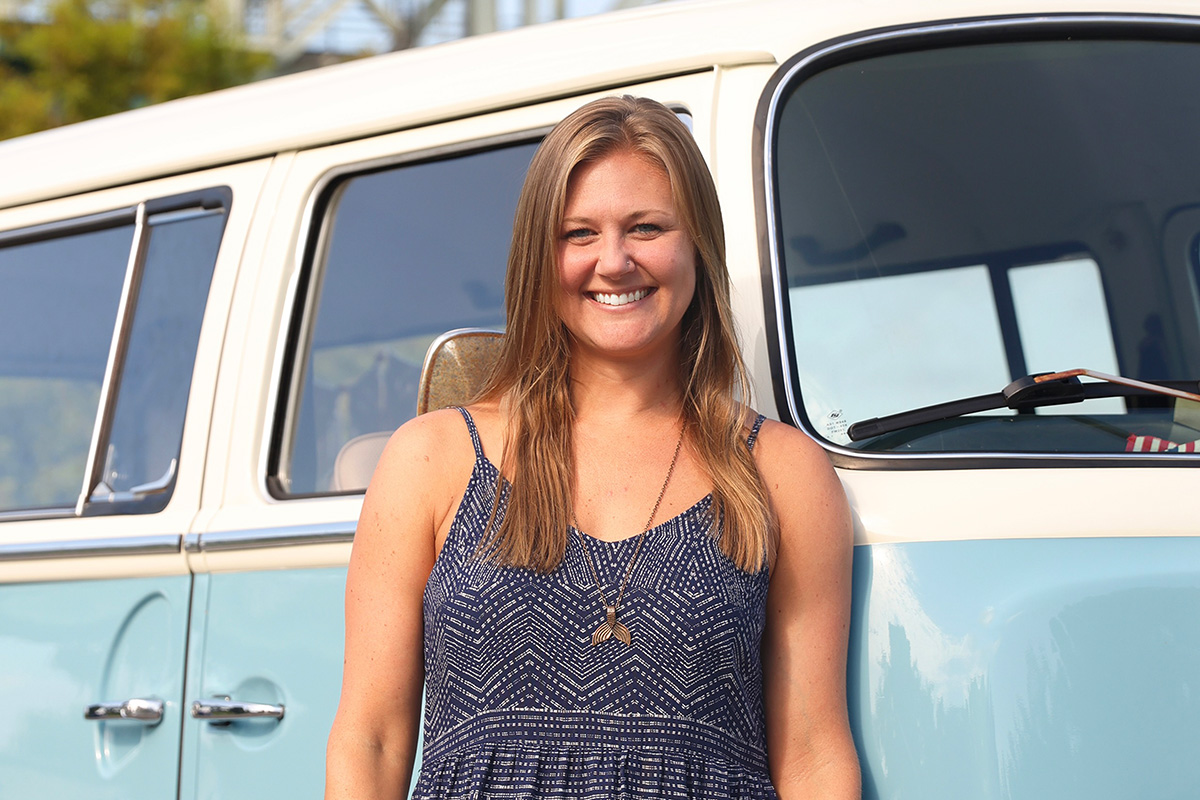 At last count, there were over twenty local craft breweries scattered across Wilmington. So how does anyone decide which beer to try on any particular night – or day – on the town? Why choose? Why not hop on a bus that will take you to three breweries of your choice and then right back to where you started?

O’Holla drives her guests around town in a baby blue, vintage Volkswagen bus.

Launched in April of 2021, O’Holla first got the idea of hosting brewery tours from a friend in Cape May, New Jersey, who was doing something similar.

“I went on his tour a few times and had an absolute blast,” she says. “I thought the idea would be the perfect fit with the brewery scene in Wilmington.”

O’Holla found Bessie, as she affectionately calls her 1972 VW bus, on Craigslist after many months of searching. She made the trip to Chesapeake, Virginia, to pick up the bus the next day. O’Holla customized the interior, adding facing bench seats and a table. Bessie is registered as a limo, which enables O’Holla to legally drive people for hire.

JEREMY TOMLINSON is the owner of Port City Brew Bus, the original brewery tour in Wilmington. Tomlinson who graduated from University of North Carolina Wilmington and would go for a beer after a late night working on a startup at the UNCW Center for Innovation and Entrepreneurship.

“A friend and I watched the brewing industry pick up. Research showed that every town that had a decent brewery population had some sort of tour,” he recalls. “So, we brainstormed what we could do and ran our first tour on Black Friday 2014.”

Tomlinson’s tour, accommodating ten guests, lasts three to four hours and visits three breweries. “I usually take the group through the brewery to see how beer is made, going where most people don’t get to go. If timing is lucky, the owner will come out and talk to the group. It’s a VIP experience,” he says. “The Brew Bus is all about having a good time, but I also want it to be educational.”

Tomlinson also owns Wilmington Ale Trail magazine, a guide to the local beer scene, and is one of the founders of the Cape Fear Craft Beer Alliance.

“Every brewery has its own story,” he says. “It might be the history of the building or the story of the trees that were cut down to build the bar.”