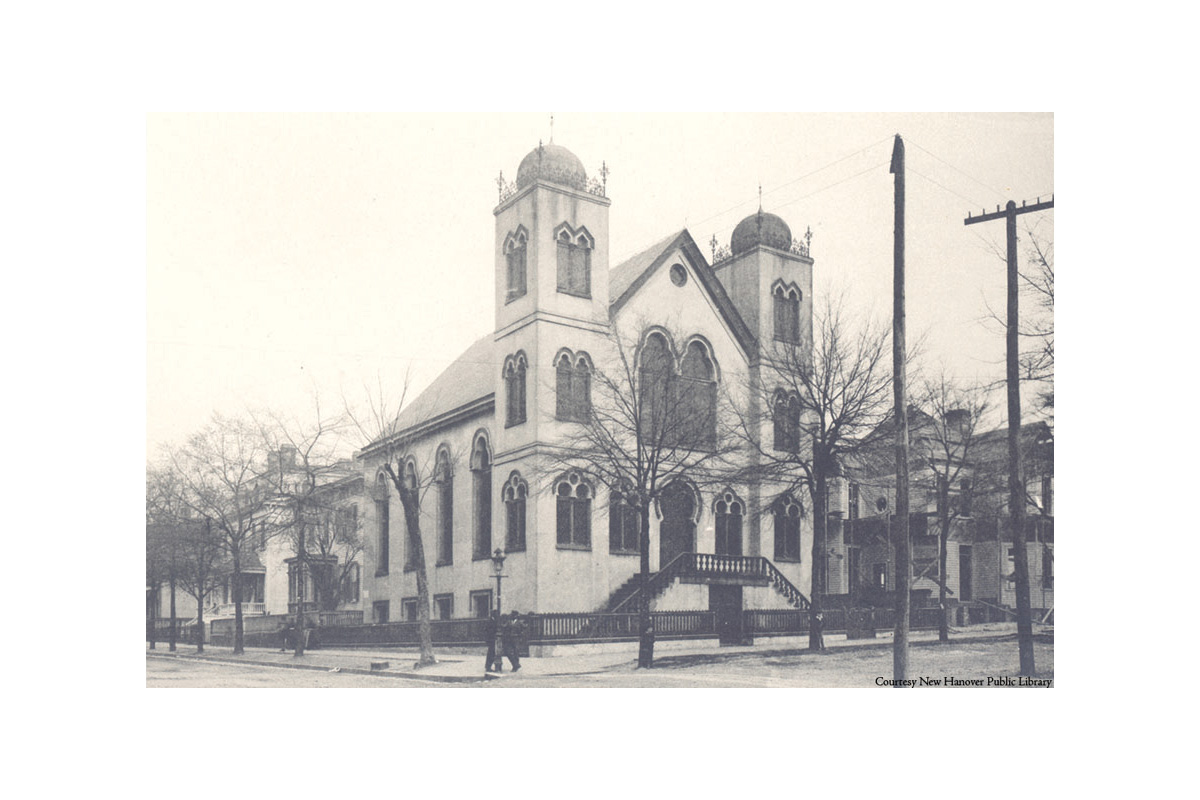 Nestled at Market and Fourth streets is North Carolina’s oldest Jewish house of worship, Temple of Israel. Constructed in 1876, the temple was originally built for a mere $20,000 and served a city that was home to just 200 Jews.

Since its initial construction, Temple of Israel has weathered hundreds of hurricanes, including Hurricane Florence, which inflicted devastating damage on the temple and the surrounding area alike in September 2018. Additionally, the Moorish Revival architectural style building has withstood World Wars and periods of both expansion and decline. It’s also one of fewer than thirty Jewish congregations to still have its original 19th-century structure.

In June 2020, the temple was once again faced with another hurdle. Mold was discovered in the building, having been caused by rain and water infiltration issues. Subsequently, the temple initiated the Restoration 150 Project in fall of 2021, which is currently raising funds to renovate the temple and bring it up to date. 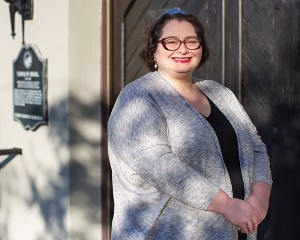 “Basically, it’s a result of an almost 150-year-old building,” says Rabbi EMILY LOSBEN-OSTROV (left), one of two rabbis at Temple of Israel. “It’s the blessings and curses that go along with having such a beautiful historic treasure. We’ve had some inspections and in figuring all of this out, we officially launched the campaign to raise the necessary funds.”

The temple initially estimated that the restoration project would cost around $500,000, but members are hopeful they can surpass that original target and raise as much as they can. In addition to cost increases, Temple of Israel is trying to secure the building for generations to come, as well as raise funds for future maintenance.

“I have a vision of how we can make the building even more of a centerpiece for the entire city,” Losben-Ostrov says. “Hopefully, we’re going to be able to restore everything exactly to the way that it was.”

The forefront of the restoration project is largely led by female temple leaders. A lot of credit is given to temple board president BEVERLY TETTERTON, who doubles as the Temple of Israel historian. Women also fill the seats of the fundraising committee, as well as its PR lead. The head of the temple’s building and grounds committee is also a woman.

“There’s a lot of women who are really at the forefront of this project in every aspect, which is remarkable,” Losben-Ostrov says. 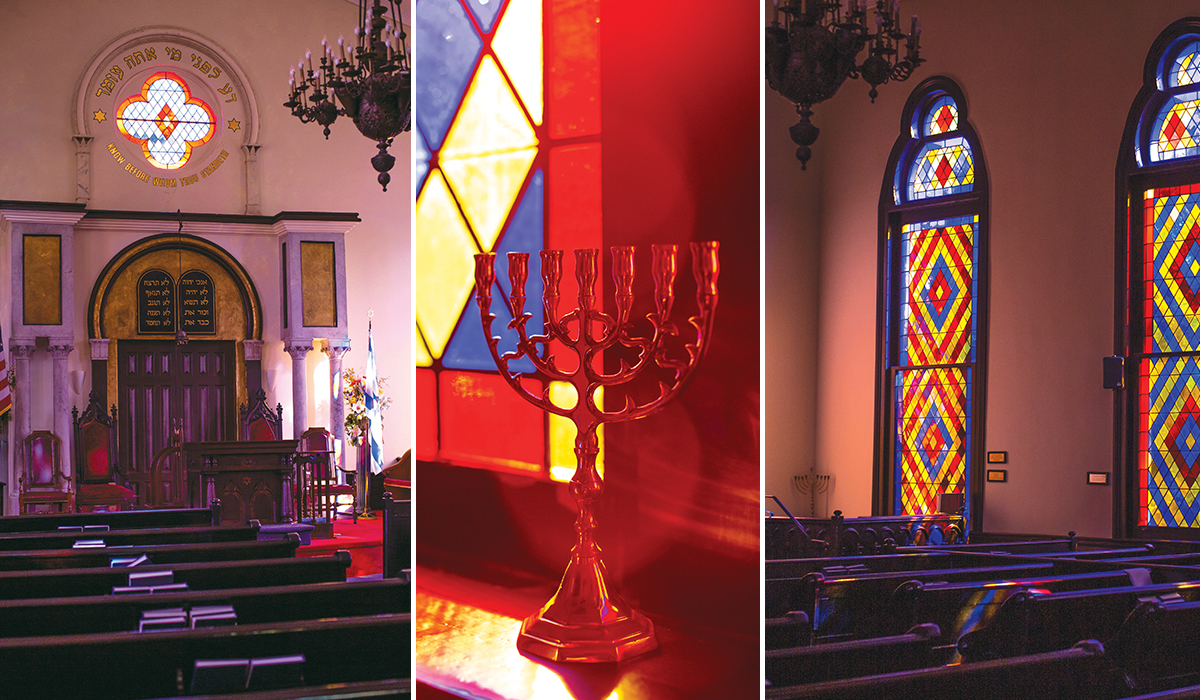 As far as fundraising for the Restoration 150 Project, it’s largely been met by members of the Jewish congregation and word of mouth. Friends and family from the temple have been generous in donating, some from across the country and even the world. Temple of Israel has also seen a portion of funds come from individuals who grew up in the area but have since moved away.

Uniquely, the temple is giving donors who contribute $100 or more to the restoration project a complimentary book about the temple’s history, written by Tetterton.

“That’s really the biggest fundraising aspect of it so far, aside from people just really giving up their hearts and giving generously,” Losben-Ostrov says. “As the final cost comes into a little bit more focus, we’ll be looking at other fundraisers as well. We’ve been blessed over the last few months to receive some very generous donations.”

As the temple and its congregation waits for the restoration project to wrap up, it hopes to continue to attract non-Jewish neighbors and friends to worship. Over the years, the temple has had quite a few interfaith events with its congregation, such as the annual Thanksgiving service and Dr. Martin Luther King Jr. service.

“We have been incredibly blessed,” Losben-Ostrov says. “At this stage, we’re really trying to let people know about the need, and we’re hoping that people will be able to reach out and support us. It’s been incredible to see the support that we’re getting not only from our congregants but getting from the community. The outpouring support from the non-Jewish community has just been overwhelmingly generous and supportive, and it’s really such a blessing for us.”

Correction: This version has been updated to remove a Jewish population figure in Wilmington today. That number in the original story referred to Western North Carolina.