Backed by the all-female management team of executive chef TOSHA GUTHERIDGE, maître d’ COLBY PERKINS, and the mother/daughter ensemble of horticulturist MICHELLE LYON-HEATHERLY, and pâtissier LAUREN WRIGHT, these women are not only serving best-in-class vegan dishes, but they’re also fostering a culture of collaboration, inclusivity, and sustainability, all while planting seeds of change.

“This medium is a message,” Worrell says.

While having a female-led team was not initially part of The Green House’s mission, finding a group of like-minded people to come together to challenge and support one another was at the top of the list.

“What we have here is a different type of energy than you typically find within the restaurant industry,” Tiblier says. “It’s not competitive but collaborative.”

That energy can be felt throughout the restaurant from the design and décor to the care that’s put into the food and service and the intention that goes into every aspect of the restaurant, which opened in July.

Whether it’s for the health benefits, to lower their carbon footprint, or to promote animal welfare, women are leading the way in adopting the vegan way of life.

Worrell says this is in line with the restaurant’s current customer base, noting that women make up a larger percentage of its diners than males.

That being said, just as not all of The Green House’s diners are women, not all are vegan, gluten-free, or even vegetarian. 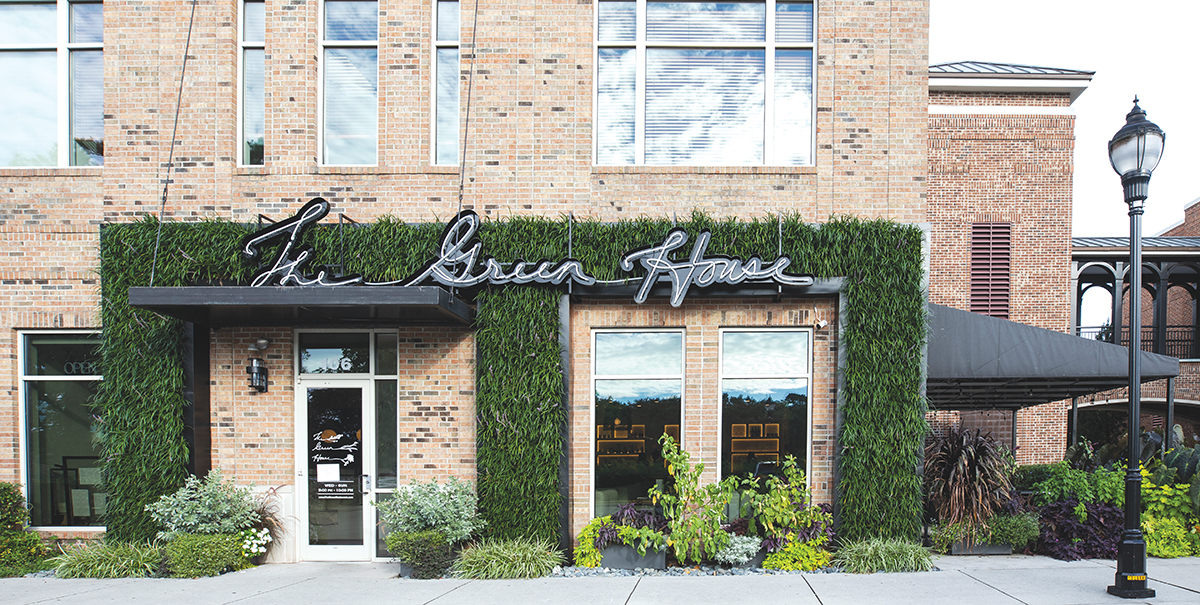 “We find that it’s often maybe just one person in the party that is vegan,” Tiblier says. “And sometimes it’s a whole party of people who are just curious.”

The Green House’s dinner menu is coursed out to include sharable boards for the table, followed by appetizers, salads, main dishes, and desserts. Lunch service recently began and includes more traditional lunch offerings such as soups, salads, and sandwiches, which, unlike the dinner items, can be ordered for carry-out.

“I never envisioned that would be working at a restaurant that’s both vegan and gluten-free,” Wright says. “But I really like the science of baking, so it’s been a lot of fun to come up with replacements for traditional ingredients.”

Vegan and gluten-free diners can relax and enjoy the experience without stressing over what to order, while nonvegans are consistently impressed with how satisfying a vegan meal can be. 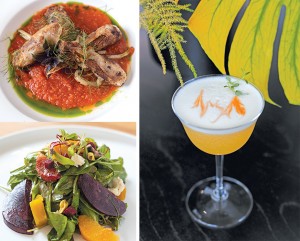 Despite cultural and socio-economic factors that can affect plant-based food accessibility, veganism is on the rise. Ipsos Retail Performance conducted a study showing that the number of Americans following plant-based diets increased from just 290,000 people fifteen years ago to more than 9.7 million people in 2019.

Not only is The Green House at the forefront of the local vegan dining scene, but the restaurant is also fully invested in the mindful drinking movement.

The restaurant’s bar program consists of half craft cocktails and sustainable wines and half zero-proof or nonalcoholic cocktails. Tiblier and Worrell intentionally do not display any liquor behind the bar.

“We’ve been amazed at how well the zero-proof cocktails are selling,” Tiblier says, “They’ve been very well received.”

Worrell notes that normally diners have very limited choices in nonalcoholic beverages, but similar to their food, The Green House’s libations go way beyond sparkling water and sweet tea.

“Someone who wants a nonalcoholic beverage has so many more options and plenty of room to play,” Worrell says. “These cocktails not only have amazing flavor but incredible health benefits.”

Both the zero-proof and traditional cocktails incorporate numerous locally made restorative spirits and herbal tinctures and elixirs from Conjure and Home Body Field Goods.

Worrell describes the restaurant as a true manifestation of the lifestyle by which she and Tiblier abide.

“I realized early on as a business owner that you really have to intentionally choose the path that aligns with your own being,” Tiblier says. “And The Green House is the embodiment of every choice Anastasia and I have made together.”