Rebecca Hixon on Giving Back 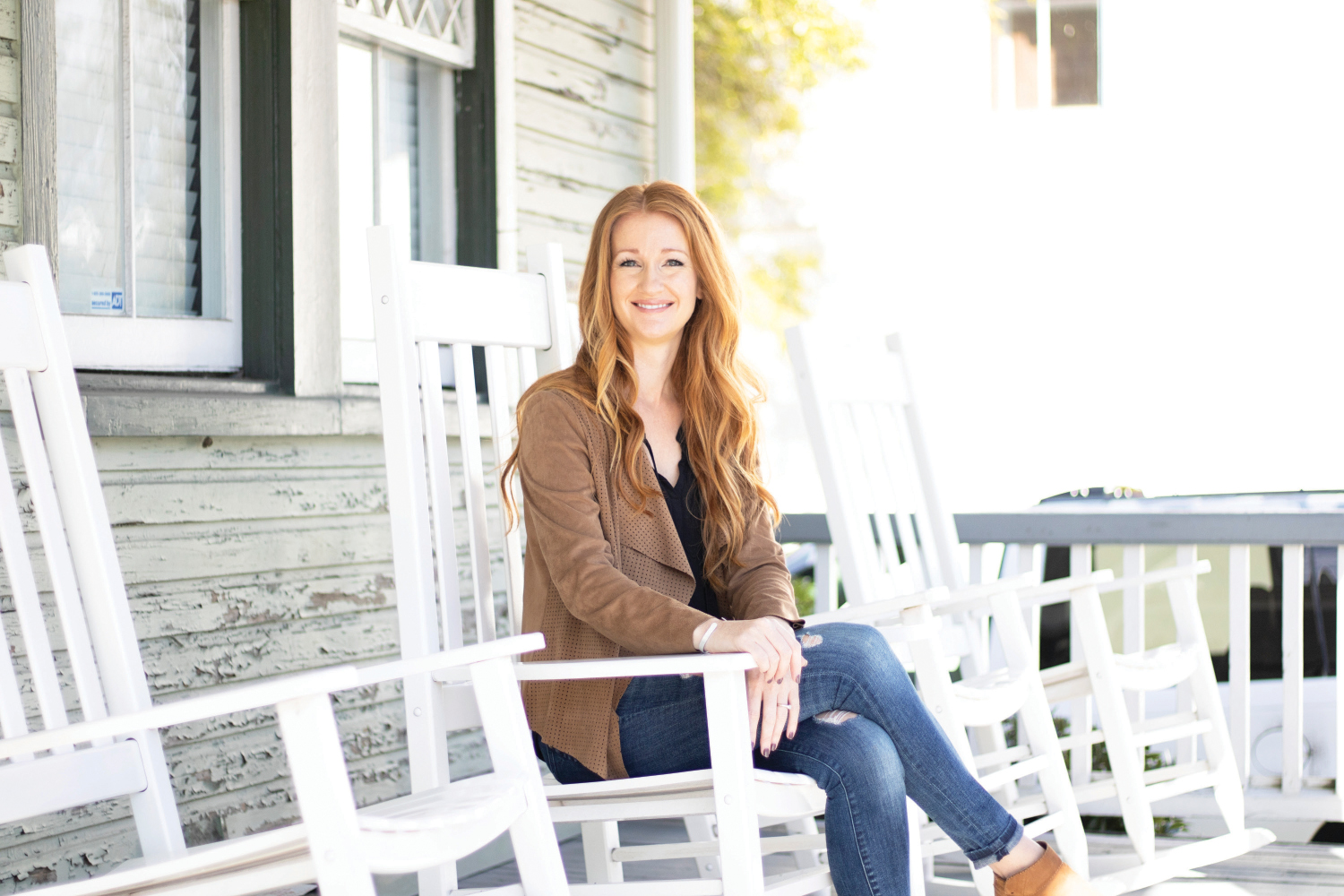 Rebecca Hixon grew up in Austin, Texas. In 2004, shortly after they got married, she and her husband, Duane, moved to Wilmington.

“We wanted to be near the coast, and we didn’t have anything tying us down,” Rebecca Hixon says.

The couple, along with a friend, founded N2 Publishing, a company that creates customized publications for communities around the country.

Since then, N2 has seen steady growth, received numerous awards for its culture and business practices, and contributed to Wilmington’s growth.

In the beginning, Hixon played an active role in the company.

“When you start a business, you do anything and everything from designing price lists to accounting,” she says, “Then, as we started having kids, I stepped away from daily operations at N2. N2GIVES was my chance to get involved again.”

Human trafficking is an issue Hixon has felt passionately about ever since a trip to Thailand in 1998 when she saw firsthand children being sold for sex in the streets.

“You can’t see something like that and ever be the same again,” she says.

A few years later, she and her husband began to learn more about human trafficking, not just around the world but also right here in Wilmington.

“As N2 became more successful, we realized it was a great opportunity to give profits from the company to that cause,” she says. “Other people were excited about it, too.”

Initially, the plan was to create a one-time giving campaign and donate 2% of that year’s revenue to organizations that were fighting human trafficking. N2 Publishing ended up donating about $2.5 million to 30 different nonprofits fighting for justice in the anti-trafficking space both domestically and internationally.

The response from the N2 Publishing community was so positive that Hixon quickly realized this was not meant to be a one-time event—rather, it was destined to be part of N2 Publishing’s DNA. From there, N2GIVES was born and became the official giving arm of the company. Since then, the company has continued to donate at least 2% of its yearly revenue and has to-date given about $10.5 million to help stop human trafficking.

Because human trafficking is the second largest and fastest growing criminal enterprise in the world, according to the U.S. Department of Health and Human Services, it’s not an issue that can be solved overnight or by one company in Wilmington.

This is why the partnerships N2GIVES has formed over the last four years have been so vital to the fight. The nonprofits it supports focus on a range of strategies and services that help the victims of human trafficking.

“One of those strategies is restorative services,” Hixon says. “Once a survivor is out of that life, they need things like shelter, trauma-informed care, therapeutic services, job training, life skills—so many things. We consider that the linchpin to successfully dismantling modern day slavery.”

Once good restorative care is in place, organizations can focus on training law enforcement to, for example, view the survivors of a prostitution ring raid as victims rather than accomplices.

Nonprofits can also offer training in elementary, middle and high schools to help identify the early stages of human trafficking, such as grooming.

“We focus on the before and the after,” Hixon says. “The goal is help someone get to a successful place as an independent and thriving individual.”

While it may seem counterintuitive, the ultimate goal of N2GIVES is to make itself obsolete.

“Our goal isn’t just to continue funding anti-human trafficking work for the rest of our lives,” Hixon says. “It’s to see the end of this form of slavery.”

For that reason, N2GIVES’ focus in 2020 and beyond is to be strategic about how and who they partner with, and to leverage its resources to make the biggest possible impact.

“When we’re successful, we get to take part of stories of freedom and hope,” Hixon says. “It’s a gift to have this opportunity.”

Take 5 with Rebecca Hixon of N2GIVES

What made you want to focus on the issue of human trafficking?

“In 1998, as a fresh, bright-eyed eighteen-year-old, I took a trip to Thailand and first witnessed the horrors of human trafficking … That trip changed me, and a passion was born in me to see an end to this kind of exploitation and abuse. One thing we know is that there are so many amazing causes people have near and dear to their hearts … But for us, we felt like it was important to pick one thing that we were very passionate about and have a single focus. Instead of giving small amounts to many different worthy causes, we wanted to be able to give more to fight one thing.”

What’s something that you’ve learned in the years since working on the initiative that has surprised you?

“I think one of the biggest surprises is that trafficking doesn’t always look the way we think it does. Movies like Taken have given us a picture of how things can happen, but more often it’s subtle manipulation and predators preying on the vulnerabilities of people with certain risk factors.”

How do you decide on the nonprofits to partner with?

“As of last year, we stopped taking new applications and chose to focus on building stronger relationships with the thirty nonprofit partners we had funded in 2018. Last year, we narrowed our grant recipient list to nineteen and are excited about supporting them at an even greater level in the future.”

What prompted buying the downtown house for A Safe Place’s emergency shelter?

“Even though we (the company) have 800 franchises around the country, our home office and backbone support team for N2 Publishing is right here in Wilmington. So, it has been such a great opportunity for us to get to stand hand in hand with a local organization, A Safe Place, who provides support and hope to trafficking survivors right here in our city.”

What do you see for the future of N2GIVES?

“The goal of N2GIVES is to contribute to and be able to see an end to modern-day slavery in our lifetime. When we first really started to learn about how big and complicated this issue is, I started to feel overwhelmed and a little paralyzed at times. … But as we have met more and more incredible people around the world doing unbelievable things in this fight for justice, I now believe it is possible to end the greatest injustice of our generation.”