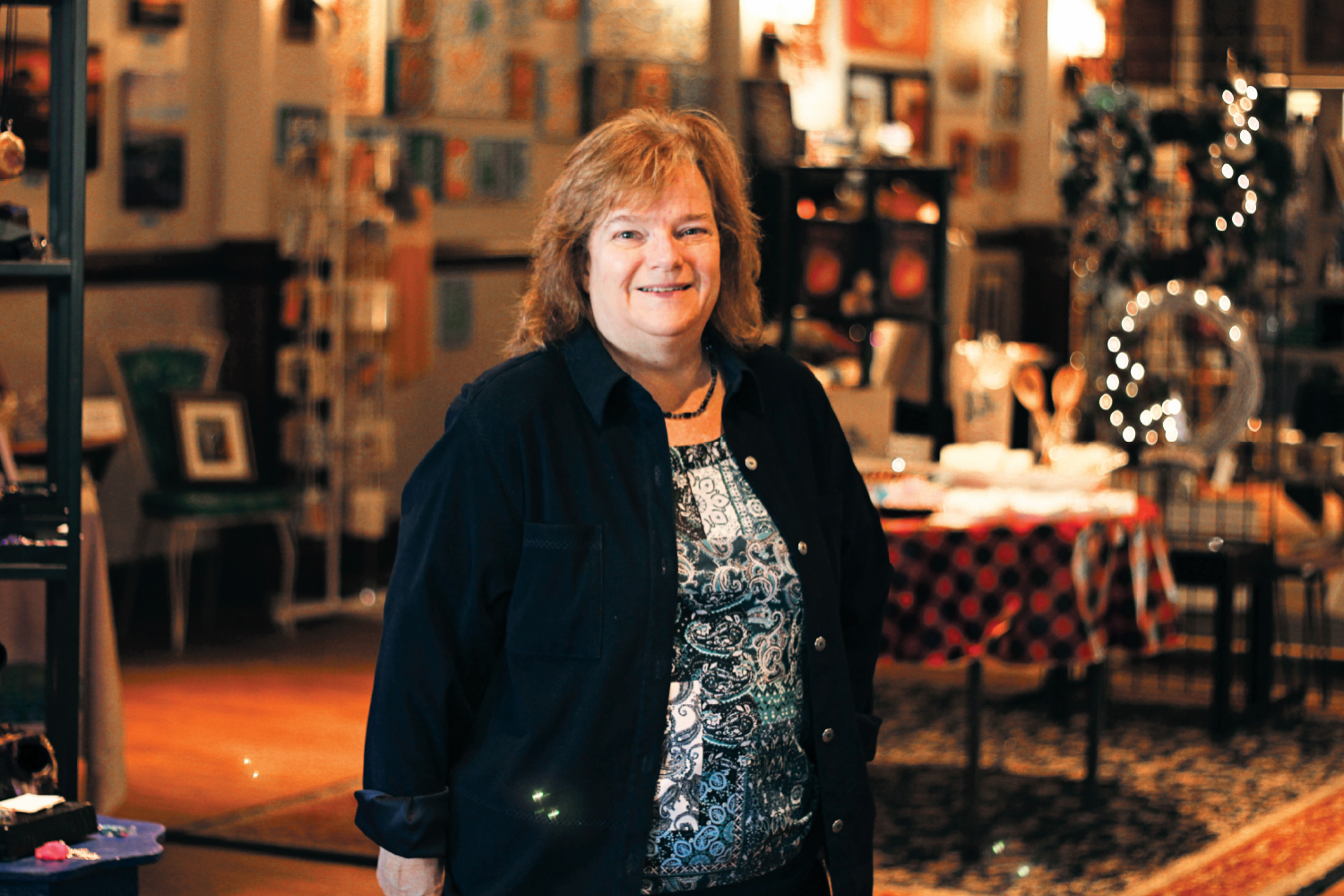 MARY BETH LIVERS hopes to nurture seeds planted by former Brunswick Arts Council Executive Director SUSAN SIMS-PRITTS, who in September left her position to tend to personal matters but has stayed on as an ex-officio board member. Livers’ background in the arts and working with nonprofits, including her involvement with the Oak Island Art Guild, made her a natural fit for the position. She signed a one-year contract as executive director on October 1.

The mission of the BAC is to promote the arts in Brunswick County. It does so by striving to provide high-quality arts-related experiences and opportunities for people in the community, including literary, visual, and performing arts.

The organization partners with N.C. Arts Council to oversee the Grassroots Arts Program and works with Brunswick County Schools and the board of education to support school- and county-level fine arts programs.

One of the seeds that has already sprouted came as the result of Sims-Pritts’ work with the University of North Carolina Wilmington’s Quality Enhancement for Nonprofit Organization, or QENO, aimed at building the capacity of nonprofit organizations and increasing philanthropy in southeastern North Carolina.

Initiated in 2006, QENO offers workshops, coaching, technical assistance, and education to nonprofit executive directors who have been in the position for less than four years.

Simms-Pritts, the BAC board, and members of the business and arts community in Brunswick County worked with QENO consultants over the past two years in community focus groups.

“This allowed us to really understand the dynamics of Brunswick county, which is a large county, and we learned we have five separate districts within it,” she says.

Each district has differing needs, abilities to articulate those needs and demographics, she explains.

The coastal communities and Leland, for instance, already have strong arts organizations and community groups involved with the arts, while some more rural areas don’t. The BAC board has continued working with QENO support to create a three-year strategic plan to adopt in early 2020.

“Susan was planting the seeds to strengthen what we do in coastal communities and finding partnerships to start in other areas of the county,” Livers says.

This fall, BAC worked with local ballet dance studios to offer free weekly classes in Navassa and Cedar Grove. Some participants were in a scene of “The Nutcracker” performed at Odell Williamson Auditorium in December.

“Our goal is to grow this program so we can offer a variety of dance opportunities,” Livers says. “This is an example of the partnerships that were developed on Susan’s watch.”

In some rural communities, she says, budding partnerships involve one-on-one, person-to-person communications to see what can be achieved by working together.

Livers is familiar with county diversity. From 2002 to 2006 she served as executive director of Finger Lakes Arts Grants and Services, dedicated to increasing the support, recognition, appreciation, and promotion of the arts in upstate New York, another diverse area.

She has also served as executive director of the Finger Lakes Interpretive Center Project, Cayuga Nature Center, and Phelps Community Historical Society, all in New York, and the Old Baldy Foundation in North Carolina. She has a bachelor’s degree in liberal arts from Villanova University and a master’s degree in leisure and environmental resources administration from Aurora University.

Locally, Livers was recruited six years ago to volunteer for the Oak Island Art Guild’s Arts By The Shore, an annual exhibition that showcases work by local artists. She served four years as chair of the guild’s popular annual arts and crafts festival, held over the Labor Day weekend. She served as the guild president from January 2018 through September 2019, when she stepped down to take on the BAC role.

Livers had owned and operated Coastal Bound, a business that worked with local artists in a storefront offering arts-related workshops and youth camps in Southport. When the building she rented was sought after by a neighboring arts business, Livers initially planned to simply continue to run her offerings out of her home studio when the BAC opportunity presented itself; it was a natural fit at the right time.

More than 35% of the $577 million generated by North Carolina tourism for Brunswick County in 2017 was related to arts and culture, she says. Livers notes many communities in the county are embracing the arts in various ways. In addition, new arts opportunities are being created by entrepreneurs, such as pairing galleries with restaurants.

Livers is at home in the arts. She enjoys the challenge — whether she finds herself sewing ballet slippers for the Dancing on Air dancers or working with the board and volunteers to plan the first 5K Run for Arts at Holden Beach on March 14. She has a passion for community-based groups and helping people with the process of creating what they want.

What prompted you to take this new role?

“A lifelong support of the arts. I appreciate its integration in our world. It’s in everything we experience – science, design/engineering and math, nature, entertainment, music, etc. … I found myself on the board of directors and was able to transition into a staff role in order to keep the momentum created by the departing director, with whom I worked closely.”

You have worked with nonprofit organizations for thirty years – from interpretation to curation and exhibit design to administration as executive director. What are some things you were proud of achieving?

“Art has been a common thread in every job I’ve had, whether it’s creating an arts trail in upstate New York, helping to create a museum from the ground up in Montana, or running a small workshop in North Carolina.”

Who is a favorite artist of yours, past or present?

“I have a background in working with a lot of different cultures within the U.S., so I gravitate towards a blend of cultural fusions between traditional and modern, across cultures whether in visual – Georgia O’Keeffe; music – Carole Fredericks and Robbie Robertson; wearable – Jamie Okuma; or performing arts – Julie Taymor.”

When you owned the Coastal Bound Art Studio in Southport, did you enjoy running a small business or were there challenges?

“Coastal Bound is my studio that I’m in the process of reopening as a home-based studio. I have had clients that we have done organization and redesign work for – and we were pleased to have a boho-chic design at the recent Cape Fear Habitat UpScale ReSale event last fall. We have flexible partnerships with local artists who teach classes in their areas of expertise in connection to the community. I enjoy the collaboration and creativity that comes from people who ‘find their tribe.’ It is amazing to help people spark their own personal creativity in some small way. There are always challenges in running a small business – no one does it on their own, and adaptability is key.”

What do you do to relax and unwind?

“I’m so boring! Hang with my ‘fur kids,’ enjoy nature, listen to an audiobook, swim, cook, take a nap, watch a TV show from another country on Netflix – love subtitles. Recharge my batteries. Then, tackle some project that I’ve been ruminating on for a while. Love to cross things off my life list!”