Building a group for women in construction 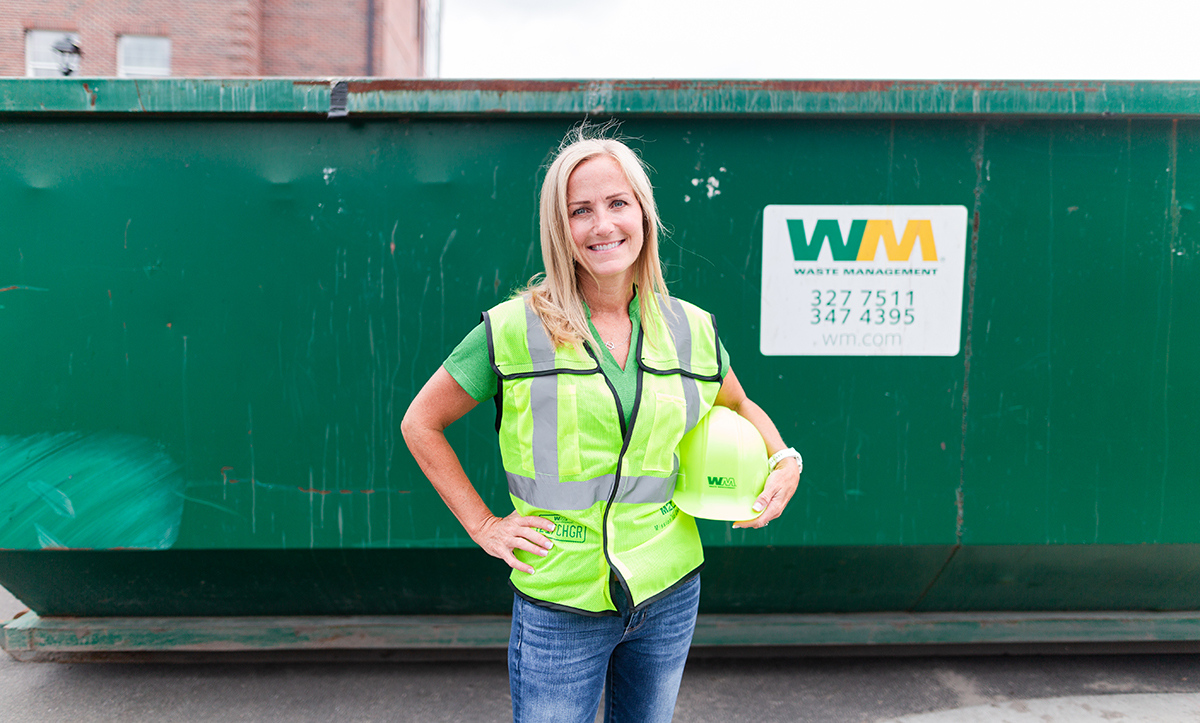 In more than twenty-five years of sales jobs, GRETCHEN NEWCOMER was active in networking groups. After moving to Wilmington from Pennsylvania two and a half years ago, she sought out an appropriate group for the construction industry in which she has worked the past decade.

Newcomer, who is a construction services account manager for Waste Management, found groups focusing on women and groups focusing on building construction, but nothing that combined the two. Through colleagues in the construction industry, she learned about the National Association of Women in Construction (NAWIC) and immediately began researching the possibility of a local chapter. Despite stalled efforts due to COVID-19, the effort is in full force again with more than 30 women signed up to be founding members.

They recently elected a board of directors (see below) who are working on the charter. While the bylaws are the same for all chapters, Newcomer explained, each is allowed the flexibility of developing their charter to focus on their area’s specific needs.

NAWIC has a strong educational development program, so Newcomer sees that as being part of the local focus. She also believes outreach to students, particularly through social media and presentations in the schools, maybe part of their effort. Career fairs and construction camps are also being considered.

“The board will decide,” she said. “There’s an educational foundation which has two programs for working with young kids. Block Kids is for kindergarten through sixth grade. They build something from interlocking blocks. Create Design and Build is for grades six through ten to promote awareness of the industry.”

Started in 1953 by 16 women in Texas, the organization’s 117 chapters support women in developing leadership skills, education, personal growth, community involvement, and networking. The membership criteria are very broad encompassing everything from laborers to insurance agents to material suppliers to real estate sales to students and retirees.

Wilmington’s chapter will be part of the South Atlantic region, one of eight regions. Nearby chapters include Charlotte, Raleigh, Columbia, S.C., and Charleston, S.C.

Newcomer believes the uptick in local construction and its consequential increase in jobs is another reason it’s a good time to have NAWIC available to local women.

She noted that while construction has been a traditionally male-dominated profession, there are rapidly increasing numbers of women working in the industry, many of whom are business owners or managers. In Newcomer’s job, she works with client managers and superintendents for material disposal needs in projects that can last several years and cost upwards of $250 million.

The chapter hosted an event to kick off the first NAWIC Wilmington-Cape Fear Chapter on Tuesday.

Assisted by the Raleigh chapter and the national office, recruitment is underway and will remain steadfast.

“It’s all about supporting women in the industry. It’s about making a difference in the community, about education, about being a mentor or a mentee,” Newcomer says. There are many diverse jobs in construction including entrepreneurship. It’s a huge thing for women who seek to own their own businesses.”

“I’ve been in sales and management for about twenty-five years. Prior to moving to Wilmington, I worked for a local hauler in Pennsylvania for eight years. I sold permanent service for commercial waste and recycling accounts. My role here is specifically for the large construction projects.”

What kind of group is the National Association of Women in Construction?

“It was started in 1953 by sixteen women in Texas who wanted a networking organization for women in construction. It provides support to develop leadership skills, education, personal growth, community involvement, and networking. The membership criteria are very broad encompassing everything from laborers to insurance agents.”

The area has several networking groups. Why did you want to start a NAWIC chapter here?

“There wasn’t anything here specifically for women in the construction industry. I have colleagues who are in chapters elsewhere. The Raleigh chapter is our sponsor, and I’ve worked with Ashley Cameron there. The national secretary, Kristey Stewart, has been very helpful. I feel there’s a need for it.”

“Twenty-five members are needed to initiate a chapter. We have more than thirty. … Recruitment is active and ongoing. Once the board is in place, we’ll decide our focus and programming. Several layers of membership are available.”

“It’s all about supporting women in the industry. It’s about making a difference in the community, about education, about being a mentor or a mentee. There are many diverse jobs in construction including entrepreneurship. It’s a huge thing for women who seek to own their own businesses.”