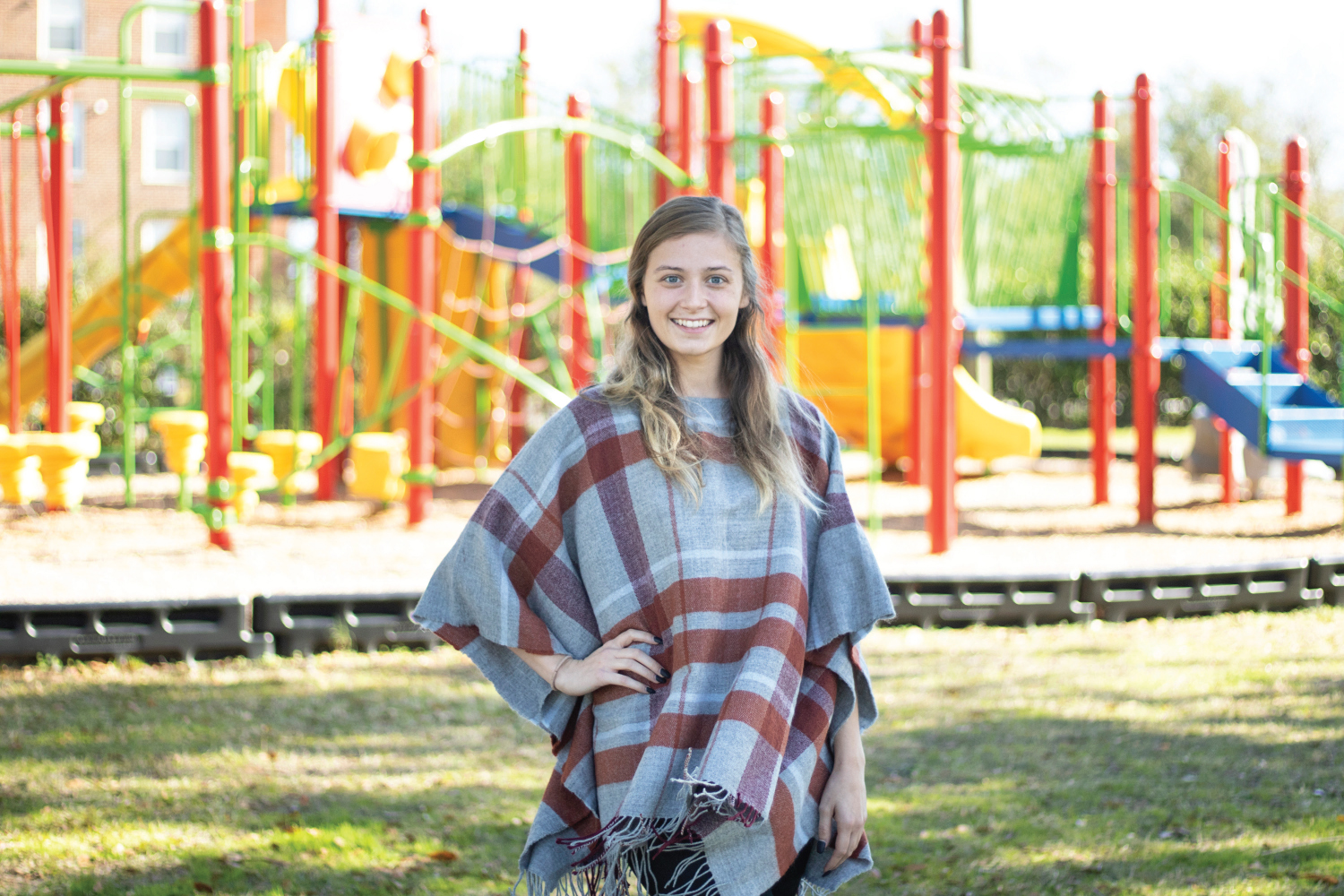 When GENNA WIRTH arrived at UNCW, she didn’t have much direction as far as her studies went.

“I spent too much time partying and not enough time studying,” Wirth says.

Then, during her junior year, she took her first political science course and finally found something she was passionate about.

“I thought, ‘Wow. I love politics, I love to argue, I love to talk,’” she says. “Suddenly, dedicating myself to school just came easier.”

When she took a class in public administration, which focused on business management for governments and nonprofits, things really clicked.

“I realized I didn’t want to profit off other people’s needs,” she says. “I grew up privileged and I wanted to give back. I wanted to make a change and have a purpose.”

She found that purpose during a college internship with the Blue Ribbon Commission, a Wilmington nonprofit.

Formed in 2008 by a group of individuals within the city government, it sought to address the increase in violence and crime among youths. In 2012, the Blue Ribbon Commission incorporated as a nonprofit, broadening its impact.

Recently, the group changed its name to Voyage.

“We noticed that the Blue Ribbon Commission had a negative connotation due to a lack of trust between government officials and the community,” Wirth explains. “As we grew, we wanted a name that better reflects our mission and goals.”

Wirth is intimately familiar with Voyage’s journey. After two years and over 600 hours interning and volunteering with the organization, she became the interim executive director in Spring of 2019, running the office as program director while the organization searched for someone permanent.

By June, Voyage realized the best person for the job was already doing it and offered Wirth the role. She gladly accepted.

“As we’ve grown and learned the needs of the community better, we’ve adapted by taking more of a public health, community-based approach,” Wirth says.

This approach is based on the CDC framework, which defines “health” more broadly to include financial and social issues.

To increase the overall health of a community, Voyage works directly with youth, their families, and their communities to put protective elements in place that mitigate the risk factors for violence.

One project Voyage recently took on was improvements Portia Hines Park, on North 10th Street, an effort that was supported by the organization, but driven by Voyage’s youth leadership council.

“They felt the park was an essential space for community engagement,” Wirth says, “but it didn’t have the basic amenities, like bathrooms, running water, and adequate lighting, to truly be a safe, healthy place.”

Members of Voyage’s Youth Leadership Council did research, collected over 2,000 signatures, and made their case to City Council.

“They were approved for $730K in September, and improvements are already being implemented,” she says.

The project perfectly encapsulates Voyage’s goal, which is to empower youth, teach them to be leaders, and help their voices be heard.

With Wirth at the helm, Voyage plans to tackle more projects, achieve more goals, and continue to fulfill its mission within the communities it serves.

“We’re looking at how renewable energy can help impoverished and low-income communities, and how environmentally that affects everyone,” Wirth says. “We’ll also facilitate community conversations about school rezoning if they want to take on, connect kids with extracurricular activities and remove the financial burden, and help people understand how to access the resources available to them.”

No matter what name it uses, Voyage seeks to continue to stand on three important pillars—fostering advocacy and leadership; empowering youth and families; and encouraging positive community engagements and enrichments.

“We’re on a voyage to a destination and that destination is to give back,” Wirth says. “We’re excited to see what happens in 2020.”

The Blue Ribbon Commission on the prevention of youth violence recently changed its name to voyage. Why was that?

“BRC is currently rebranding and doing business as Voyage due to quite a number of reasons. First, things get tricky with long names and acronyms, especially ones that aren’t very descriptive of the work we do. We wanted a name that stands out and encompasses the fact that we are on a journey to a destination with the people we serve, and that destination is ‘success.’ We already had the name Voyage attached to much of our programming, so it seemed like a perfect fit. Second, although our mission to connect youth with pathways to success still holds true, we have spent the last year restructuring our services and our strategies to do so from solely working with youth, to taking a more public health, community-based approach at empowering our youth and interrupting the intergenerational cycle of crime and poverty.”

Are there new focuses for the nonprofit?

“We have gotten rid of some of our direct services and programs but also added new ones and have opened up a platform for other initiatives, programs, and organizations to come together for partnership and to create synergy. The way I like to explain it is that Voyage is all about bringing the right people to the table.”

How did you first get involved with the BRC?

“(Through the UNCW class project Wirth found that) the BRC was the perfect fit for me, as it falls in the intersection of nonprofit management, public administration, and criminology, which were my three minors in college. I ended up completing the BRC’s first annual report and absolutely fell in love with the organization. Three more internships, including over 800 hours of work later, and I was offered a position here at the program director. After three short months, the board of directors appointed me the executive director in June 2019.”

Where do you turn to for new ideas and inspiration for your role?

“I always turn to mom and dad when I need ideas or inspiration. They are my heroes and have had a lot of great experiences that I can learn from. They both serve on multiple nonprofit boards and provide a good balance of advice.”

Read anything lately that you’d recommend?

“Double Bind: Women on Ambition. It is a collection of pieces from women who write about what it means to be a woman with ambition, challenges that come with it, and advice. As a twenty -four-year-old CEO, this has definitely been one of my favorites.”